2000 And One (aka Dylan Hermelijn) has been at the forefront of electronic dance music since the late eighties. His pioneering vision across more than two decades of music genres now ranks him as one the most versatile, in-demand international artists, commanding weekly performances on the house, techno and tech house global club and festival circuits.

Based in Amsterdam, his involvement with some of the city’s finest techno, tech house and house labels including 100% Pure, Remote Area, Area Remote, plus Intacto (with Shinedoe), Bitten and Bangbang! (with Sandy Hüner), and Moving Vibrations (with Shirley Asafo- Adjaye) has offered a framework for the new generation of producers to hit the world stage. Collectively these labels have offered a staggering amount of underground dance anthems and it’s, therefore, no surprise that he’s recently been hailed as the inspiration for Amsterdam’s new sound generation, as well as the glue that binds it.

Influenced by a Hip Hop background, it all began in the late eighties, when heavily infected by the acid house bug he produced his first record at 17 under his moniker 2000 And One. A passion for musical diversity saw him release across other genres such as Ambient & Drum n Bass before he became one of the first successful Dutch techno producers, as well as one of the first in this genre to perform live.

I grabbed some time with 2000 and One to discuss his history in the scene, how the scene has evolved over the years, and of course, to talk about some of his new music.

When I spoke with 2000 and One he was checking his emails and having his morning coffee just like me. He has been involved in the dance music scene for some time now. I asked 2000 and One, what was it that first grabbed his attention about the scene and sound of electronic music…. “with an 80s Hip Hop Music background, it was the first sounds of  Acid House Music in the year 1988 what struck me. Armando’s Confusion Revenge to be more specific it what blew my mind with that typical 303 filtering bassline sound (never heard that before) combined with high pitched vocoder voices. In my teenage years and the early days of Hip Hop (1983-88), I was so obsessed by the samples they used in their beats that I started to collect the original tunes behind them. In the UK at that time was a huge following in that called “Rare Grooves”. I had the advantage that my father was working for the Royal Dutch Airlines so I could fly really cheap back and forth to London to buy those records. It was during my monthly visits to one of my favourite records stores in London Spring 1988, 30 years ago, that Armando track was played on high volume in the shop.”

“The 90s were a bit more open-minded e.g. House Techno sub-genres could be played in one set for the same crowd at the same night. And only one or two DJs max in the lineup.”

“Multi line ups and “short” set times are really good for festivals with several stages or for bigger clubs with 1500+ capacity. For smaller clubs a maximum of 2 DJs in the line up works much better for the party as the DJ can easily set the tone for that night, e.g. a story could be told. This will benefit the party much more in the longer term. On the other hand, I completely understand the reason for multiple line ups as the ticket sales are very important these days with all the big competition going on and also more DJs can have a chance to prove themselves in front of the crowd.”

Many things have changed over the years in the scene but some of the most significant has been in the way that DJ technology has advanced. I asked 2000 and One what some of the biggest advancements had been since he first started DJing… “technology has made it more fun these days in my opinion. The CDJ, Traktor and Ableton allow you, as DJ, to be more creative. DJing has become more than only mixing the records one after another. Now you can remix entire tracks by looping and layering them, creating breaks and build-ups on the spot.” 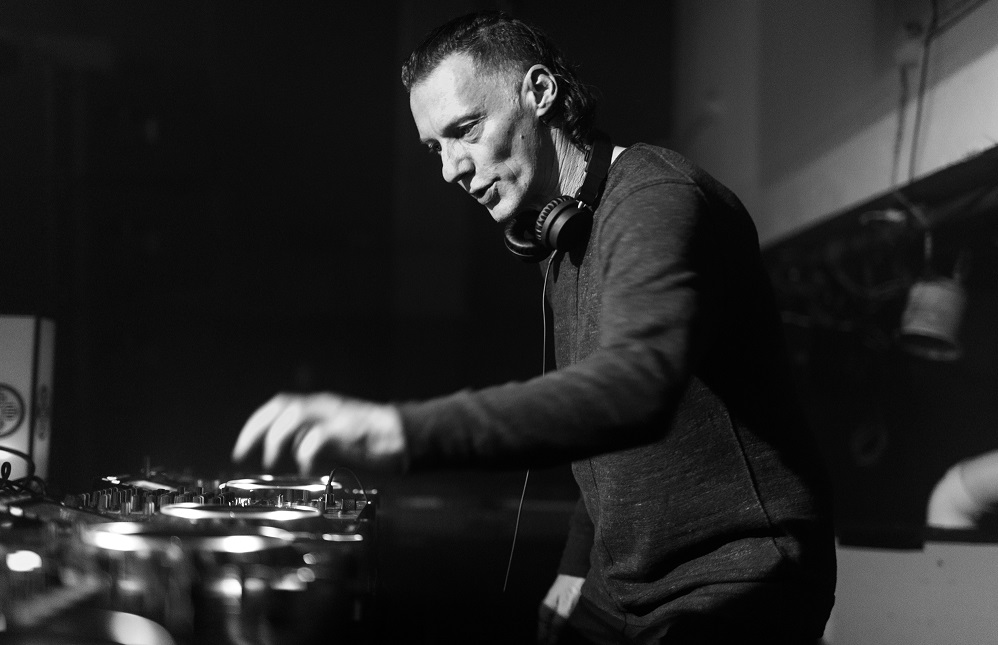 Most people would argue that running one record label is hard enough but 2000 and One runs far more than one including 100% Pure, Intacto, Remote Area, Area Remote, and Bitten. I asked him why so many labels, and how the hell does he have time to manage them all… 2000 and One laughed and then went on to say “well for sure it’s not always easy. 100% Pure and Intacto are my main focus nowadays, the other labels like Bitten are run by a friend of mine and Remote Area/ Area Remote are on hold for now, although I’m considering to start them again in the near future. With 100% Pure being run by me solely, I’m free to release anything I like. For now, that is more focused on Techno but it could very well change over the years because the label has always released a broad spectrum of electronic music. Intacto is a collaboration with DJ Shinedoe, therefore both of us have to be into a track for it be released. Intacto always has been more focused on the Detroit Techno sound.”

I went on to ask 2000 and One what some of his biggest challenges have been running record labels… “Dealing with the artist has always been the most challenging, as is dealing with people in general”. Something I know I agree on here!!! He went on to say…. “especially so with an artist who has a break-through with a hit Record, some develop a rather large ego, or have managers with similar ideas, which makes it, interesting to deal with. Obviously, there are general issues like vinyl production delays, mastering hiccups etc, but the man management is definitely the biggest challenge of all.”

2000 and One’s latest release ‘Orb Shadows’ which was produced alongside Thomas Brecht is out now on 100% Pure. I asked 2000 and One to tell me a little about the release… “Thomas and I are actually neighbours, for years now, and became friends by dropping in on each other’s after-parties. That is how the collaboration started, ‘Orb Shadows’ is the beginning of a very productive production partnership, so keep an eye out for more music. All of the tracks on this EP perfectly encapsulate where I’m at sound-wise right now.”

“I will be releasing a new Intacto EP early in the summer and later more by Thomas Brecht and myself on a very well established label in the scene. I can not reveal it just yet though.”

With so many producers out there at present and “wannabe DJs” it can often feel like the market is flooded with tech house and techno music on a daily basis. I asked 2000 and One his thoughts on some of the new producers out there and music in general at present…  “You know, it is what it is. I’m not one dismiss new artists or their music, everyone has to begin somewhere, as we all did. That being said, it is relatively easy to make a track and have it released these days so there is a lot of poorer quality tracks around. However, I don’t really focus on this. I’ve developed a strong personal filter, so I can swiftly move past them. I must say though there are many talented producers out there today, I truly embrace that as they contribute a lot to the development of the scene because of their fresh approaches. It’s inspiring.”

As a man that has toured for many years, I asked 200 and One what he does to stay focused, as there is no doubt that touring can take its toll on the mind and body… “Stay in shape by exercise, eating healthier and more alcohol, that will help lots.” He laughed and went on to say… “I guess its perhaps age-related, but after many years of staying out too late and too long; throw a family into the mix and more responsibility, there comes a time when you have to take a long look at yourself. Do I need to function at 100% on Monday morning? Are there people relying on me? Is feeling good much better than feeling like shit? I think these are feelings and questions that everyone has, especially is something that artists experience at a certain point. I’m not saying head to the afterparty, but let’s keep it to the few rather than the many these days.” Wise words from 2000 and One and certainly something many of us could learn from haha! 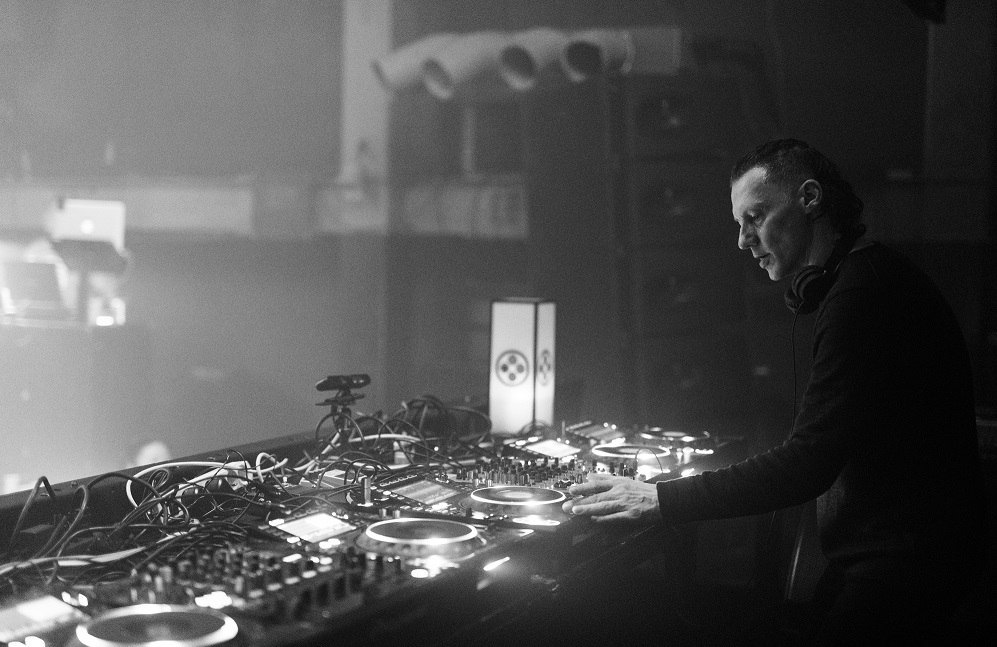 2000 and One was a huge fan of Hip Hop and Drum and Bass back in the day so I had to ask about some of his favourite tracks back in the day…”‘Newcleus – Jam On It’ is one of my favourite early electro/hip hop tracks ever. I also like most of the old works of Tribe Called Quest. As far as Drum & Bass goes ‘Dark Soldier’ by Ray Keith, ‘Shadow Boxing’ by Doc Scott ‘Bambaata” by SHY FX are some of my favourite tunes.”

As we all are aware social media has become an integral part of our lives whether we like it or not. It can often feel like social media has more of an influence on the scene than the actual music itself and times. I asked 2000 and One his thoughts on social media and its impact on the scene… “Well, it has literally nothing to do with music and clubbing, it has become more of a popularity contest. Than again indirectly it has to do with the fact that most of us spend our lives online these days. Social media is a very good way to contact your fanbase with some behind the scene and short news flashes, keeping them up to date on everything, but it just frustrates me that it detracts from the MUSIC.”

Finally, before we finished talking I thanked 2000 and One for his time and great interview, and also thanked him for his superb 1-hour exclusive mix which I hope you enjoy.