909 Festival has just announced a massive line-up for 2020. On May 30th the Amsterdam-based festival will once sweep through the lush meadows of Amsterdamse Bos. The festival pays homage to the iconic Roland TR-909 drum machine that came to define house and techno music as we know it today.

Ever since day one 909 Festival has gone above and beyond to put together a well-balanced musical program. Playing a major part since the early beginnings have been three simple basics; celebrating the pioneers, inviting fresh quality artists and supporting the locals.

The festival prides itself in their ‘bigger isn’t always better’-philosophy, rather looking at quality performances than an all-star status. But don’t be fooled into believing this ideology rules out techno’s top of the crop. For their 2020 edition the organization invited leading global artists Nina Kraviz, Sven Väth and Len Faki, all making their debut at the festival.

The headline debutants are joined by three familiar faces adding 909 Festival to their already impressive resumes over the years. Detroit legend Carl Craig (2012), Dutch pioneer Secret Cinema (2013) and widely respected trailblazer Dimitri (2016) will grace the 909 stage once again in 2020. Accompanying them from the UK is another legend’s legend. Making his first appearance is the illustrious Dave Angel.

Compared to all these seasoned veterans fast-rising star Kevin de Vries is only just getting started. It was his triumphant set at the 909 x Loveland ADE event last October that left both the crowd and organization wanting to hear more.

Also making their appearance at the festival are three artists who happen to share a remarkable communality. While being born all over Europe Vince Watson (UK), Patrice Bäumel (DE) and Nuno Dos Santos (PT) call The Netherlands their home for some time now. Both Bäumel and Dos Santos making a name for themselves in world-renowded nightclub Trouw. Something they have in common with Dutch powerhouse Sandrien who is back for a third time, taking the stage in both 2012 and 2019.

Completing the lineup are the highly praised Jennifer Cardini, Mirella Kroes and Shinedoe. All three bringing their own unique sound. While Cardini is known for her infectious charisma, endless versatility and downtempo mixing style, Mirella Kroes tends to favour the deeper side of techno, reflecting her strong mind and love for nature in her sets. Shinedoe on the other hand is known for a groovier kind of techno, heavily influenced by the sound from Chicago, acid and Detroit.

At first glance, one might say this leaves us with a well-balanced, fifteen artist strong lineup. To top it all off, the stunning Amsterdamse Bos serves as the perfect backdrop. 909 Festival consists of three stages, several serene hangouts and a spacious, green field where visitors can grab a bite. All different areas are organically created using the forest’s natural characteristics giving each space it’s very own vibe and identity. 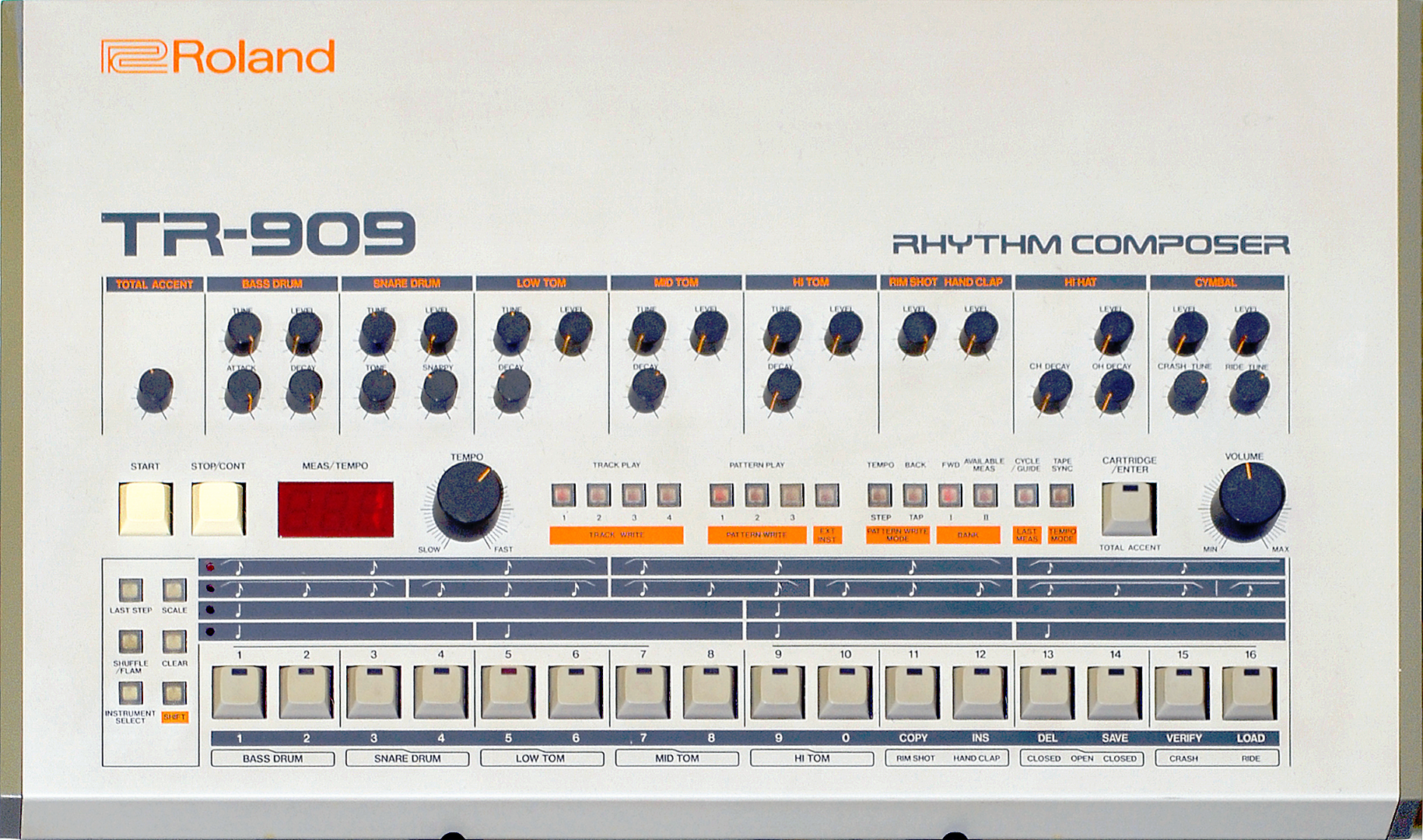 That brings us back to what lies at the heart of all this: The Roland TR-909 Rhythm Composer. The story behind the TR-909 is so full of random coincidences, it’s hard to believe that, in the right hands, this machine is responsible dance music as we know and love it today.

Forced by disappointing results manufacturer Roland shut down production in 1984, one year into production. Only 10.000 units were ever made. The once $1.300 drum machine ended up in pawn shops for only a couple of bucks. Cheap enough for the less fortunate from the streets of the Detroit and Chicago to get their hands on the machine. Disregarding Roland’s original purpose for the rhythm composer entirely, they produced a creative explosion that echoes on till this very day.

Today, the once discarded TR-909 has become a rare and valuable machine. Only a happy few possess the original product from 1983 and even fewer get a chance to feel the magic themselves. Until now.

909 Festival created an online version of the TR-909 Rhythm Composer making it available for everyone with an internet connection on both mobile and desktop. As cherry on top giving away tickets to 909 Festival to those who master the analog icon. In a way, showing resemblance to the days when the machine appeared in second-hand shops waiting for the right creative mind to cook up a beat.

In the first two decades of the 21st century, few have controlled the cultural weather…