2020 eh! What a year it has been! I think we can all agree that the past year has been more challenging than we could have ever imagined. It is quite a bizarre feeling to be living in times, that will no doubt, form many exam questions for students of the future. Like many of you, I am at the point of mental exhaustion when it comes to the multiple mistakes made by our illustrious leaders. Turning the TV on every day to find that another Tory MP has cocked up another aspect of the so-called “control of the virus” is getting to the point of insanity now. I could probably write for hours about the multiple cock-ups and blatant corruption our Government has been heavily involved in but, let’s face it, it would be rather boring and not really relevant to the electronic music scene.

I have been an avid lover and supporter of the electronic music scene since the 90s, and let’s just say, ticked a lot of boxes along the way. It saddens me to the core that this Government has discarded our industry like a piece of shit on its shoe. This is an industry that is worth billions of pounds per year with the night-time economy, in particular being worth over £66 billion and being the UK’s fifth-biggest economy. It is certainly not an industry to be forgotten in a hurry. It is no secret that the Tories have always held ravers and dance music alike, with contempt. This started in the 80s and culminated with the ‘Criminal Justice and Public Order Act of 1994‘ which prevented people from attending gatherings and dancing to “repetitive beats”. This is madness as many of us know and back then these restrictions were about control. This is hardly the same as the UK COVID restrictions which are in place to protect people who are vulnerable and of course the NHS.

Like most of you, I have been doing circles about the whole COVID thing, especially when it comes to the various restrictions that have been imposed on our scene. I want to go raving! I want to see my mates and get lost, dancing to incredible underground music in a dark sweaty club! I’m not though because I am intelligent enough to know that my actions of doing so, will impact on others. I want to see my mum and dad and have not done so since February this year. Do you know why I haven’t seen them? It is because I am not a selfish fool, and I am also the kind of person who could not live with any doubt in my mind that I passed COVID-19 to my parents and caused them harm or even death. If you are the kind of person who can live with that you are either a complete fool or a murderer in my mind. Strong words I know but prove me wrong, please!

This leads me on nicely to the selfish fools that are happily promoting and attending “plague raves” during the localised tier restrictions and of course the national lockdown. If you know anything about the scene that was fought for by many passionate people (including your favourite DJs), you would understand the original rave scene was about fighting political rule and pushing a culture that people had a true and undying love for. It was also a scene that created unity between backgrounds, race and sexuality. You are creating nothing but division in the scene and simply laughing in the face of thousands of people who are losing or have lost their jobs as sound engineers, event organisers, lighting engineers etc.

I point you to the article here which highlights the potential risk of 170,000 lost jobs, and that is just the tip of the iceberg. These are people who have learned skills and built businesses, to support an industry from what was forged in the early days. You are not supporting the scene or anyone in it, you are self-entitled fools who ironically are killing the scene you profess to support. Imagine an event with no sound engineers, no PA system, no licensed bar, no stages? Sounds good, doesn’t it?! I don’t think so! I understand your frustration and the desire to party with friends and family, I really do but going against the restrictions, shows your lack of intelligence and is quite frankly, embarrassing. 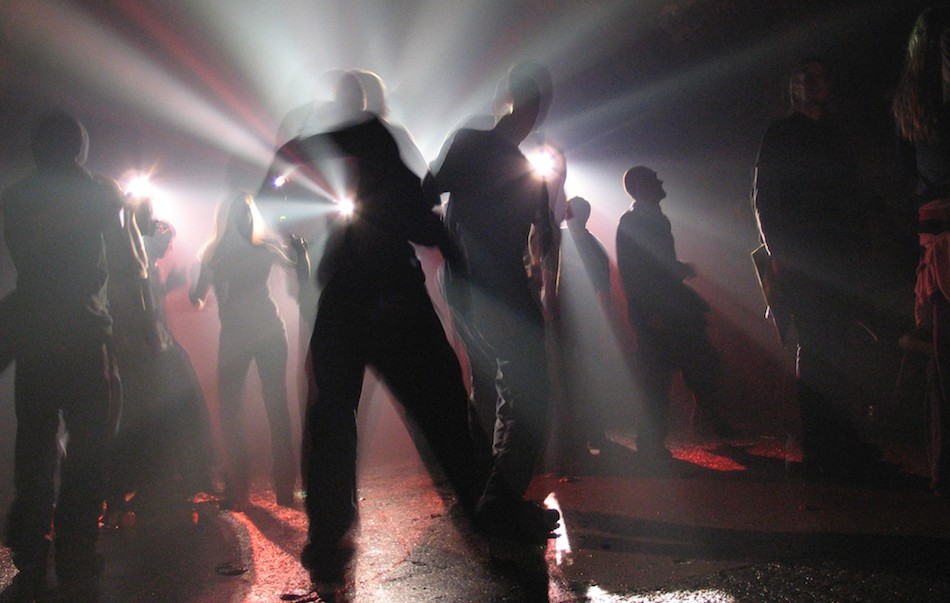 I think we can all agree most of our Government’s decisions have been questionable, such as the decision to close the events and hospitality industry as a whole when we all know, and the proof is there, that most of the infections are caused by schools, universities, and places of work. However, this is something we cannot control and it does not make “plague raves” the right thing to promote or attend. We would not want dance music events to be top of the list I just described! Trust me!

Professor Andrea Crisanti, the leading virologist at the University of Padua, Italy warned about the dangers of holding club events… “they offer the best conditions to spread the virus”. The team at businesstechno spoke to Professor Crisanti about why clubs have a higher likelihood of spreading the virus and he told them it comes down to two huge key factors, “close contact and intense physical activity such as dancing lead to increased respiration and thereby aerosols which make the chances for transmission generally higher”. This is even more likely to be an issue in closed spaces such as clubs, and in such environments, masks only help to a limited extent.

I read an article recently in the Metro where ravers are now prepared to risk fines during a national lockdown, as they adopt deceitful new tactics to defy COVID-19 restrictions at illegal parties. One way is to use something known as “suicide rigs” which is where organisers use cheaper and more portable PA equipment in order to reduce potential loses. If you are an organiser of these “plague raves” and you feel that the issue here is you getting a fine or getting your PA system seized, you are probably someone who has to ask their mum to dress them.

This is not the summer of love, you are simply doing nothing more than creating the perfect environment for a virus that kills people… here come the Facebook virologists! I know the death rate of under 35s is low, but again this is not about those age groups, it is about the people those people attending your “plague raves” then come in contact with. I’m sure I speak for all of us when I say that we want to have a scene to return to when all of this is over. Promoting and attending these events, is making it less likely by the week. This is not the summer of love, this is the winter of death, and you have blood on your hands just like our Government. You are no better and you are simply proving the lockdown of an industry correct! Hats off to you and your selfish one-sided views!

Shout out to those artists who have called out the aforementioned raves as stupid but in my mind, not enough people are doing this. This industry does not support your “plague raves” and I feel this stems from a group of DJs becoming an almost elitist bunch of people who have got a little bit above their station. This is not a dig at the true legends who paved the way and still continue to do so, this is the newer generation who are stupid enough to DJ at these raves and then post about it on social media. Again something that would have not been thought well of in the rave era. If you knew anything about the rave scene it was all about secrets and secret meetups, not running around telling the world! Are these fools for real, and yes, you guessed, most are well known Tech House and “Business Techno” DJs. You will know who I am talking about.

When did the DJ become bigger than the scene or the music? It has forged a path for the average to be worshipped and it is not the way forward! Being a person who supports the industry, my worry is that the elite crowd really do not support the industry like they profess! How many times I see big names and their agents refuse to pay for exposure in magazines and on websites saddens me! A prime example of trickle-down not working! Oh, and it never has worked by the way! Trust me, guys! Facebook and Instagram will not support you, and after your recent actions of attending COVID juice-filled illegal raves, no magazine will be supporting you either, thankfully.

Beating this virus is nothing to do with politics or the music scene, it is simply about compassion for your fellow humans

As a DJ/Artist you have a position of authority almost, certainly a position of influence, so why don’t you use your position in society as a thing for positive change rather than negative. Out of the darkness, comes light and we have seen so much positivity, celebrities and MP’s alike, using their status to be agents of change. This is encouraging but we need to see more of this! Why don’t you take a leaf out of Marcus Rashford’s book and do something that will benefit people? Or maybe approach challenging the Government like Andy Burnham and Sacha Lord have done. The correct way! You don’t see Sacha Lord organising WHP events in Manchester because he does not agree with the Government! Illegal COVID “plague raves” are doing nothing in any way for our society or for the electronic music scene.

We may all be in very different boats during this COVID mess but one thing is for sure, we are most definitely all in the same shit storm. This scene needs to come together and my fear is that it has never been more divided thanks to the selfish actions of some people. I am fully aware and fully support that people in the industry really need help right now but supporting “plague raves” is not the way to go about this. I will certainly not support big-name artists professing to support the scene by playing at said “plague raves” and making the global situation far worse. At the end of the day, big-name artists cause fans to travel and that is not something we should be doing right now, especially to attend a rave. Beating this virus is nothing to do with politics or the music scene, it is simply about compassion for your fellow humans. Do what is right and stay at home, and when you must leave the house, wear a mask and practice social distancing.

Remember, whether you like it or intend to or not, your actions and selfish behaviour will impact on others when it comes to this virus.