Armonica the charismatic Italian duo from Riccione have been making people take notice in the industry for the last few years. After meeting each other when both were residents of the infamous Cocorico club, they soon formed a close friendship and decided to bring their musical projects together.

Their debut release as a duo came about on Berlin based label Bar 25 Music and reached the Deep House Top 100 on Beatport. Soon after followed a release on the Italian MoBlack Records that reached number 20 in the Beatport Charts, right away they were on to something good. With great support from the likes of Dixon, Ame, Solomun, Black Coffee and Andhim amongst others their productions are achieving the recondition that they always thought was within their reach.

Their sets have taken them to such reputable dance venues as Pacha Ibiza, Pacha Barcelona, Pyrex Arena, Chi by Decadence, and of course Cocorico, where they still continue to be residents at their hugely successful monthly party ‘Goat Serious’. A party that has already catered behind the decks the likes of Ame, Rampa, Seth Troxler, Tuga, &Me & Red Axes; Armonica stand tall amongst their peers and continue to deliver on such a special stage.

Benvenuto Andrea & Salvatore. Thanks for joining us at Decoded. Let’s talk about the hottest remix of the moment Armonica’s remix of PAR-T-ONE ‘I’m So Crazy” which you have done a stellar job with. I still remember the Erick Morillo Vs. Who Da Funk Mix on Choo Choo Romero’s Subliminal Sessions Two CD. What made you decide on remixing such a legendary house track?

Sergio (par-t-one) is one of our best friends, everything was born for fun. We had fun retouching the original parts and everything just happened smoothly like that.

You met as residents at the infamous Cocorico club in Italy. Could you both briefly tell us about your road to becoming residents and what you were doing before?

We have been DJs and clubbers for many years. We have played in almost all the main Italian clubs. Cocoricò is for both of us, what embodies the meaning of ‘club’. We met in its walls and it was natural to start working together.

In your opinion what is it about Cocorico club that makes the club so special?

Playing the last track at 6am in the pyramid, while the sun rises, and the rays enter from the windows. It has no equal in the world.

I’d like to talk about your own event brand at the club named ‘Goat Serious’ which represents ‘trolling the bad habits of clubbing’. We all have our gripes with the scene but which of them in particular are you aiming your concept?

Do you know a serious goat? Here … this is the concept. Making music without preconceptions together with the people who love it. This is Goat Serious.

What do you consider to be the most enjoyable aspect of your work?

Seeing people dancing is our life, when we can do it with our own music, it makes us complete.

Your home town of Riccione is on Italy’s Adriatic coast and is known for its vibrant party scene. Here in the U.K there are constant battles with the government and local authorities to protect our clubs and nightlife from closure. Are these issues also common in Italy?

Despite the current critical situation of Italy’s economy, we continue to believe in the club and people like us in other cities. Without music, nothing would make sense.

What projects are you currently working on in the studio?

At this moment we’re working on Huso remix from Andhim, it was released on SuperFriends Records. We are working also on Ryan Murgatroyd – Ikalimba for Get Physical and a Rey & Kjavik track called Saraswati. We are completing an original of ours that has Toshi as performer, while the remixers will be developed by andhim and Raw District.

Do you feel an added pressure after your current remix being so successful and such a big hit?

We see success when we end a song. When you do the bounce practically. The only pressure we have is to realise our inspirations.

Christmas and New Year is just around the corner. What do you both have planned over the holidays?

Christmas we play in a club with David Mayer while on New Year’s Eve we are at Cocorico.

I know you guys clearly like to have fun as main priority but looking into 2018 what are you setting out to achieve?

Continue to make music, evolving with it and continue to be dancing people.

Thanks again for your time talking with us. I hope you have a great festive holiday. Is there anything you would like to add?

Thank you so much for this chat, we hope to meet you soon in a club not too far away. 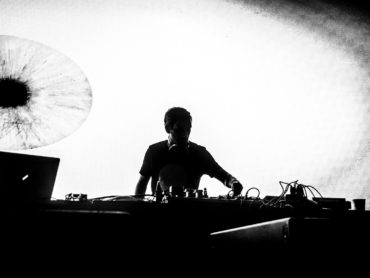 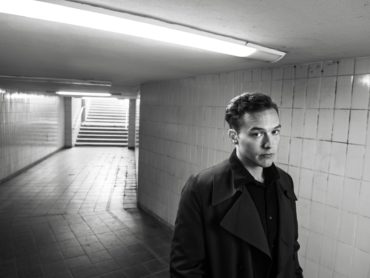 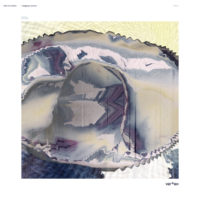