There’s an art to a good warm-up, it’s a skill which is rarely passed on these days, and that’s kind of our fault. All too quickly we bemoan the DJ for playing too hard, too fast, or too many bangers, but when have we really spoken to the warm-up guy; normally some young herbert who’s managed to sell a few tickets and got themselves a gig. Never I bet, or if you have, it’s afterwards, something like “Jesus mate, that was a bit hard/fast etc..” I bet fewer still have congratulated the warm-up for a job well done. Al Bradley, a DJ of 20+ years experience, hit the nail on the head with his comments on a friend’s Facebook thread earlier today,

“The mistake people make is thinking DJing is some kind of competition – it’s not. A warm-up means just that – create a warm vibe which welcomes people as they enter the venue and encourages them onto the dancefloor (as opposed to trying to force them)”

DJing has changed immeasurably since we were that kid starting out. Back then it was normal for one DJ to play all night, so have to correctly structure their evening’s programming. Now they more often play 20-45 minutes each, and the emphasis is more on making an impact rather than working as a team with a longer-term viewpoint for curating music over the course of the whole night. The crowds have changed along with the DJs too. No longer will the younger crowds tolerate epic 16-minute tracks, its all about living in the moment; the next drop, the next big build. Good opening DJs are devoid of ego, devout music collectors and almost savant in their choices of track. Tempo, genre and groove play their part in the deceptively complex job.

“I think the art of the warm-up is slowly becoming lost in the current climate and it’s sad to see – some of the best DJs in the world are the club residents, and these guys know how to build a night properly and hold a room ready for the headliner to take over and progress from there. I can understand the excitement a new young DJ might have to feel like they want to “smash it”, but maybe this is something that can come with a bit more experience and more education, and I feel the responsibility probably lies with the promoter to sequence the right acts in the right order, and to choose the warm-up acts for the right reasons – their ability to DJ not their ability to sell 50 tickets to their mates.” 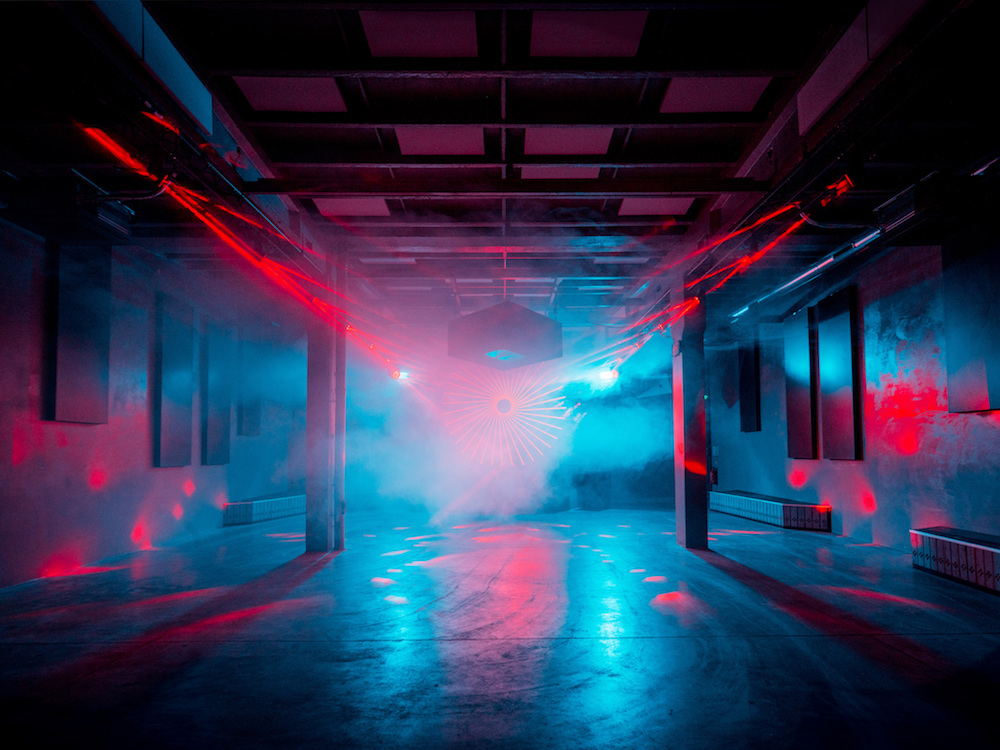 And therein lies the rub, and its something I’ve waxed lyrical about many times before. Promoters (not all) and clubs see dance music for its commercial gain these days, gone are those naive halcyon moments in the early 90s when we felt like we were beginning a movement; a call to arms for the disaffected Thatcher Youth. Now clubs are expected to book dance acts, and those acts are expected to behave and play a certain way. I remember a while back talking to an American DJ friend of mine that told me about her only experience of DJing in Las Vegas. “They wanted a full setlist with details on where the drops were going to be so they could arrange the pyro show accordingly…” This appalled me at the time, but with reflection, seems perfectly plausible for the place and the expectations of the crowd. But for the DJ, I can’t imagine the disappointment of having to play a prearranged mix which if it doesn’t whip the place up into a frenzy, you have no way of affecting positive change, so you don’t get booked again. Lee Van Dowski believes warm-up slots are the most rewarding sets a DJ can play,

“At the beginning of my career, Dimitri the owner of the legendary ‘Weetamix’ in Geneva gave me the chance to be resident in his club and that’s pretty much where I’ve been learning to DJ. From 2006 – 2011, while I was a resident I warmed up the crowd before some of the biggest names in the scene. Warm-ups are the foundation of a great party. It’s a bit like being a tightrope-walker. You need to keep a certain pressure without falling into the easy obvious peak time repertoire, but also without playing too easy or deep and get boring. The time a club is filling up is a very strategic moment, people have big expectations and your job is to keep them excited until the main act while most of the crowd didn’t come for you. There’s no recipe I’m afraid. It took me years to learn the crowd and still, it is not an exact science. I’m still learning. Actually, one of my best gigs lately was a warm-up; I was opening for my bro Rodriguez Jr at Watergate. Trust me, it’s such a great feeling to offer a well-prepared dance floor to the next act.”

The main concern of the young DJ, and forgive me, it’s been a while since I was one (no laughing at the back!), is that they will never be ‘discovered’ like their heroes. Thing is, we all have to put the work in and build a career. No one is going to hand you the keys to the kingdom if you don’t make an effort (or ruin it before you begin). There’s a slight resentment from the older DJs towards up and comers in so much as we had to sweep the floors and collect glasses after the place was shut, sometimes not getting home until the small hours, and not because we were having a lovely time snorting coke off some strippers tits, because Djing wasn’t glamorous, it still isn’t, its bloody hard work for very little return. But, oh, for the roar of the crowd and a room full of smiling faces, we gladly do it again and again… Chatting with Mick Park from supergroup Tilt, he made the point that the big names had to pay their dues and warm up at the beginnings of their careers,

“The role of the warm-up DJ is integral to any successful club night. You only have to look at the likes of Sasha at the Hacienda in Manchester, James Zabiela at Foundation in Newcastle upon Tyne or Paul Bleasdale at Cream in Liverpool to see it’s a real art in itself. Your job is to keep the crowd ticking over and set the ‘mood’ of the night without playing anthems or raising the tempo. Michael Wilson and I had to do that for many years when warming up for Paul Oakenfold at Cream and Home in London.” 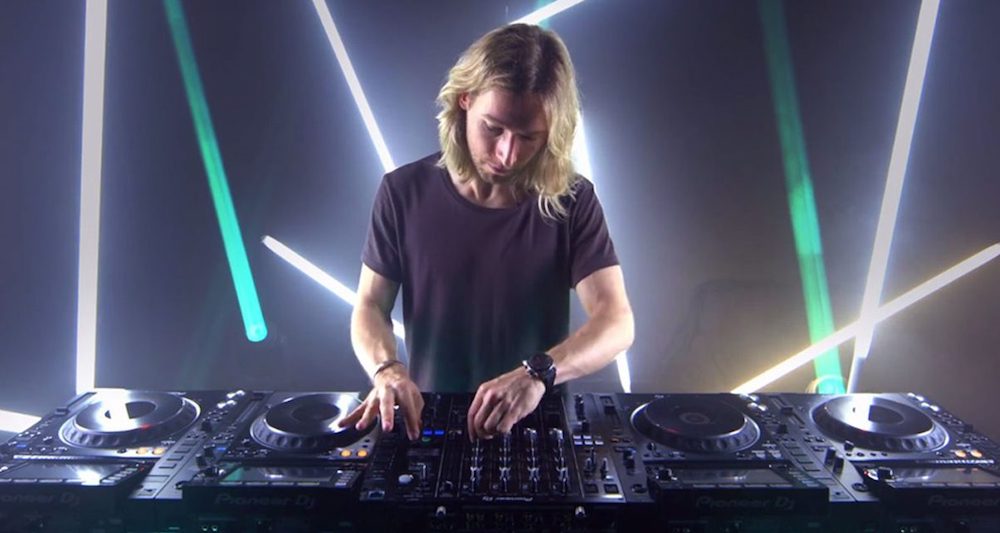 1). Leave your ego at the door – Play with honesty, integrity and passion. It’s very easy to hear the difference between someone who’s spent 20 minutes downloading the latest Beatport top 20 deep house tracks, and someone with a real love for deep music that spends weeks hunting down hidden chunks of gold. Good warm-up DJs are obsessive record collectors and had an inbuilt ability to select the right cut at the right time. Don’t be that guy who thinks he’s better than the main act and smashes it out from the first track, build the mood and the energy with good transitions and well-chosen music. The night is bigger than anyone DJ, and as the opener, you set the tone for the whole night. Act like a douche and bye-bye stardom. Ego driven DJs never last, get your head out your ass and accept that at the start of your career, you will have to play to empty rooms, and yeah, it sucks your soul a lot, but get good at it and the promoter puts you on later.

2). Talk to each other – Starting out can be scary. When I was first on a bill and I didn’t know the DJ after me, I’d contact him, find out where he’s playing and go listen, or check his MySpace page; get a feel for his sound so I dovetailed with him better. As social networking has developed, it’s not hard to chat over IM and swap tunes, build alliances and trust. Especially if you live in the same town and will be going after the same gigs.

3). If you don’t know, ask – Leading on from the last point, I always ask the DJ coming on how they want to start their slot, whether what I’m playing is ok, or needs pitching down/up. Normally, I’m pretty close, but it’s just polite, and they will appreciate it.

4). Have a range of music, don’t stick to one genre – The best warm-ups can build a set from nothing. Guys like Jonathan Lisle could make grown men weep at Bedrock due to his considered approach. If you can, check out his OS_2 mix for how to play the perfect set. The ability to transition from deep house to something really funky or a breakbeat will liven up what you’re playing and increase the energy without having to resort to playing a hit. A warm-up does NOT mean boring. Of course, having a range of music is also useful if the main act is stuck in traffic and late to start, sometimes you have to play longer and build things beyond typical warm-up expectations, but leaving some room for them to still raise the tempo.

5). Have FUN – Just watch someone like Fatboy Slim or James Zabiela, they make parties sparkle just from their positivity. Their obvious love for what they do is infectious and frankly, DJing IS fun, so smile, have a drink, laugh, react and interact with the room, they are looking to you to give them permission to enjoy themselves too. We spend all this time and energy on music out of love, and if you can’t find the joy in that, hang up your headphones and leave the building, you’re harshing my buzz, man!