It’s that time again! We are back at The Brighton Music Conference with our good friends Berlin-Brighton once again at the forefront to host the official Friday night event to bring you one of the most talked about artists right now.

Birmingham-via-Berlin’s techno stalwart Rebekah has become one of the most in-demand DJs and producers out there. Recently on the front cover and Winner of DJ Mag’s Best Of British Best Producer award, including an amazing in-depth interview, we are super excited to bring her to Brighton 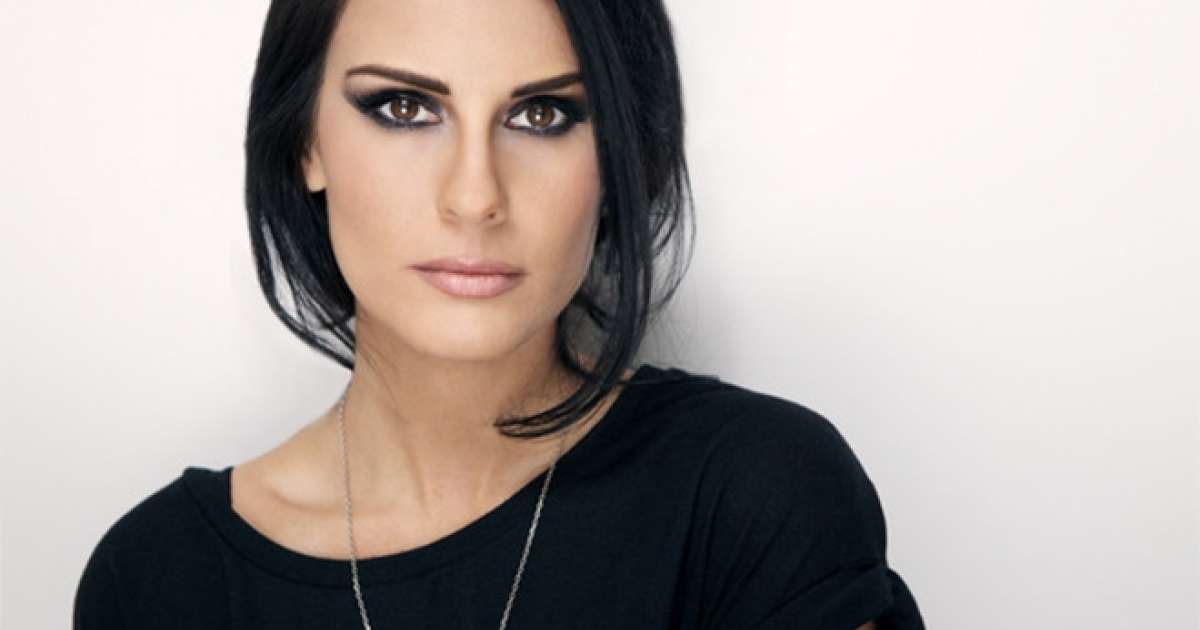 Every artist, regardless of their discipline, needs to evolve. In fact, it is something inherent within creatives. The need to push the envelope, have new experiences, and share new impulses is deep rooted, and yearns to be nurtured.

Celebrating 20 plus years since she first stood behind the turntables, Rebekah has established herself as one of the leading exponents of techno currently operating on the global circuit. Her love affair with the harder sounds stretches back to the legendary Que Club in her hometown of Birmingham where she drew influence from the likes of Dave Clarke, Derrick Carter, Richie Hawtin and Billy Nasty. The fact she now shares billing with artists of this calibre is testament not only to her talent, but the way in which her music has been received by the techno community.

Having made early inroads with EP’s on Naked Lunch, Smut Music, and Cult Figures, it was perhaps her remix of Matador’s “Blond Slackers” on Stolen Moments that really awakened a wider consciousness. Techno luminaries such as Chris Liebing, Adam Beyer, Perc, Dustin Zahn, Tommy Four Seven, Alan Fitzpatrick and Sandwell District all had it as a feature of their record boxes.

With his interest piqued, Chris Liebing invited Rebekah to do a podcast for the infamous CLR Podcast series, and this signalled the start of an ongoing relationship with the monolithic label. Kicking off 2013 by mixing “Reconnected 03” for the imprint, her summer 2013 “Cycles” EP opened her tough, dark, driving productions up to an even wider audience, and was one of the highlights of what would be the break-through year for Rebekah.

2014 saw a series of remixes for solid underground labels such as EarToGround, Sleaze, and Gynoid Audio before a follow up EP for Cult Figures reaffirmed her production proficiency when it came to originals. The year ended with her being invited to launch a new mix series for CLR titled “Mind Sets”. Rebekah also released her first “Elements” EP which reflected her holistic outlook on life by releasing a series of EPs that trace the input of the four elements of Fire, Air, Water and Earth have on the lives of people.

Her relationship with CLR continued into 2015 with her sophomore EP “Distant” reasserting her position on the
global techno scene. This followed a sublime three track EP on Sleaze, and preceded her September release on the mighty Soma Records. The “Confined Heart” EP, and especially the title track, showed off a more subtle and emotional side to Rebekah’s productions. A perfect complement to “Kill Floor” which does exactly as the name suggests.

Her “Beginnings” EP on her own Decoy Records at the start of this year signalled the coming of a new chapter. Her track ‘Orbital’ on Mord’s Herdersmat Part 1-7 highlighted her devotion to the new wave of techno artists and imprints.

Burning with the same undimmed passion that she had as a 17-year-old, as a DJ she’s out there exploring techno’s furthest shores, using her stature to aid those following in her wake. And as a producer, she’s showing that techno can be infused with a spectrum of emotion, no matter how hard it bangs.

We welcome back Lola! After becoming a mum to twins last year, Lola returns to Berlin. Award winning Brighton based female DJ, a well known name in the LGBT club scene and purveyor of fat, bouncing beats, Lady Lola has been rocking our souls and minds for some years now. No stranger to transfixing dance floors at 5000 attendees plus with large scale events such as Brighton Pride, smashing closing sets year after in 2015 and 2016. Not only that, Lola also lights up London regularly with headline sets at key venues such as Electric Brixton and 93 East as well as having played at every venue in Brighton such as The Arch, Coalition, Concorde2, Green Door Store, The Volks and many more.

To add to her growing roster she has also featured at Ola Girls (Spain), Il Ha Branca Festival (Azores), Benidorm Pride, Amsterdam Pride, London Pride, Summer Rights (Tobacco Dock), As One In the Park (Victoria Park), Fright Festival, DPM not to mention clubs up and down the country and internationally supporting the likes of Route 94, Kellerkind, Pan Pot and Enzo Siffredi.

She is also the co-founder of local club night SIZE. and promotes her own night “Rumour Has It” and co-hosts radio shows on Codesouth.FM and Brap FM. In 2016 she also became a firm Berlin-Brighton resident where she has truly begun to shine and develop her own Berlin tinged sound

Join Mr Berlin himself Markus, who will be bringing his melodic and emotive sound mixed in with some serious fun and groove to end the night.

Markus started Berlin Brighton in 2014 with the simple aim of bringing a slice of Berlin to the city by showcasing underground sounds from multiple genres not just Techno. Berlin has become one of Brighton’s most respected club nights with many collaborations, pop-up parties, two radio shows and of course the famous seafront beach terrace parties. Markus has also made numerous appearances on other radio shows, festivals & club nights across the country as well as in Barcelona, Ibiza and Germany including support duties for John Digweed at Concorde2 in November as well as starting a new record label called Dino Audio.

Other recent highlights have included support at the Arch for Groove Armada and Berlin being the official partner for Waze & Odyssey’s Street Tracks series. Not only that Markus has shared the stage with some of the biggest names in the business such as Timo Maas, Dave Seaman, Alex Niggemann, Kellerkind, Thomas Schumacher, Nhan Solo, Superlover, Just Her, Timo Garcia, Juliet Sikora, Emanuel Satie, Cinthie, Daniel Steinberg, Jeremy Underground, Red Rack’em, Jonas Saalbach, Teenage Mutants, Tigerskin, BAAL and many more.

In June 2018 Markus also featured as the artist of the month for global underground music station friskyRadio, which has led to Markus starting is new Radio show ‘Rainbow Frequencies’ which aired on 12 November on the NYC based station, which also the home of bigger hitters such as Sasha, Dave Seaman, Steve Lawler, Nick Warren and many more. Going forward Markus will host the show every second Monday 4pm EST, 9pm UK and 10pm CET. The show also reached no.2 in the global Frisky charts in February. Alternatively catch Markus hosting the Berlin Radio Show every Wednesday 18:00-20:00 UK Time on www.trickstarradio.com

Inspired by the beats of many a dark dancefloor, POoK “the man wiv big hands” has a style that grew roots in the underground Bristol and Welsh free party scenes. With 17 years experience his craft has been publicly mastered at some impressive events and venues across the South of England and abroad.

Over the years the dancefloors have been moved with precision at the likes of Turnmills, The Egg, SE1, The Volks Nightclub, Concorde 2 and plenty of festivals including Waveform, Noisily and Paris Tech.

Back on the mic, with his charismatic random wit and banter, POoK has listeners tuning in worldwide for his weekly night radio show on Codesouth.fm. as well as being a firm fan favourite and resident with Berlin-Brighton. 2018 saw POoK release on DJ Markus Saarländer’s new Brighton label Dino Audio and Sami Kubu’s Nightshift Records Techno imprint gaining support for his Lola EP on Dino Audio from the likes of Dave Seaman, Davide Squillace, Aly & Fila, Paride Saraceni, Danny Tenaglia, Paco Osuna, Cid Inc, Solarstone, Soul Button and many more.

Two strangers enter a toilet at a Pan Pot gig, they emerge as friends, and two years later are ready to start showing the city of Brighton and the rest of the world their unique style of dance floor groovers.

Luke and Owen, aka Monica, have been members of the dance floor generation since their late teens. With a musical choice that is sometimes considered to sit just outside what the majority of people in Brighton play, and a love for the Berlin sound, it wasn’t long before they were offered their first taste of limelight, when the head honcho of Nightshift Records, Sami Kubu, offered them a slot on her bi-monthly podcast. The podcast was to be released as a Halloween special in 2016. The mix was an emotional and moody eclectic mix of music both Luke and Owen love with groove from start to finish. It was well received by both listeners and Nightshift records themselves and building on their success secured a weekly radio show on Codesouth FM.

Since then Monica have been involved in numerous Berlin-Brighton events and completed a Berlin Mixtapes Guest mix for us too.

Listen to it here: https://www.berlin-brighton.com/berlin-mixtapes

Is this night for you?

Of course it is, have you seen the line-up??? Come if you like House, Deep House, Tech House, Funk, Funky House & Techno. Come if you like stickers, glitter, confetti, laughing lots, speaking in a German accent, lasers, The Hoff, Jägermeister, saying ‘Ja’ a lot, dancing, musical journeys, inflatable animals, high fünfing a lot!