Ever wondered the secret recipe to making a tasty record label? For Uone, head honcho of Beat & Path, it’s a secret blend of community spirit, organically sprouted creativity and mouthwatering melody that spices the flavour of his Melbourne & Auckland-based record label. When I catch up with him, he’s just putting the finishing touches to a chocolate souffle. “I put Kahlua in it,” he says with a wicked grin. “I thought I deserved it.”

With their 20th release fresh out the oven, it’s quite obvious that puddings aren’t the only sweet thing on the rise and turning up the heat in the Beat & Path kitchen. The latest landmark release from Jamie Stevens, one of the premium professors of the Australian dance music scene, is the icing on the cake. ‘It’s a pleasure to have his debut single for us on our 20th release. German Brigante is a huge fan of Jamie’s and was playing at Chi Wow Wah City a few years back. This is where the collab came in. We quite literally grabbed German off the Beat & Path,’ he chuckles.

The thinking behind and ethos of the label is a philanthropic exercise for Uone. “Beat & Path was borne to help expose talent from Australia and New Zealand through our networks. We provide a channel for underground-deep-house-organic-electronic music so Australian producers can break the world. We want to be recognised globally as the Beat & Path guys from Downunder who are championing that sound.”

Uone runs Beat & Path with New Zealand’s Out of Sorts. The trainspotters among you may know they began their musical journey in the early 00s as progressive trance duo Antix /Fiord. “They were mentors to me,” says Uone, clanking his spoon and scraping up the last of that chocolate souffle. “When they became Out of Sorts, they made more obscure, melody-driven house and techno that I always admired. Our partnership was borne out of a love of the same music.”

The story of the birth of the label is quite lovely. You know those conversations you have with your mates when you’re on the sesh – when you start philosophising and making big plans about what you could do, feeding and watering the brightest of your kaleidoscopic dreams? Don’t let them go, because they can happen, as Uone can attest. “Sasha was playing the Market Stage at Rainbow Serpent festival. The full moon was rising. I was sitting with Barton from Out of Sorts underneath the trees, smoking a cigar on a couch. We were reminiscing about all the amazing things we had seen, all those cosmic dancefloor moments. It was then that we decided that we needed a record label to gather these blossoms together in a bouquet. We needed to immortalise these moments in music with our people. And that’s how Beat & Path was born.”

“Trying to come up with names for our label, we weren’t sure where to go. We literally stumbled upon Beat & Path. Everyone is on their own pathway these days, it’s just life. If you love music, you have your own natural rhythm. You are guided by your own beat, down your own unique path.”

So what does Uone look for in a Beat & Path submission? “We must love the original track. It has to be driven by some sort of melody. There’s got to be a strong, creative element of musicality, exemplified in harmony, or chords. We are always searching for soulfulness. An organic feeling, infused with a tribal element; almost primordial roots. That’s our approach to deep house and electronica.” He’s definitely not wrong. Each Beat & Path release emanates its own unique personality and quirky character. So why not visualise that even further? Never satisfied with run of the mill, they decided to take that to the next level of creative, by shooting some spectacular videos for a burgeoning library of music, including Uone’s very own sparkly catsuit of a tune, ‘Disco Dingler’.

The Oddness’s debut EP for the label Breathing Fire features a stunning animation video, which you can watch it below:

Then there’s Bob Entertainment, who shot the freaky suburban magic box video for recent Beat & Path release, Boy Oh Boy’s ‘My Witch’ back home in New Zealand. “They’re a quirky bunch of people, who don’t take life too seriously. You don’t have to. Ultimately, music is there to make you feel happy. That’s the spirit we want to spread infectiously, whether we are making music or putting on a party.” And it’s true that all songs on Beat & Path have a sophisticated composition, but are always conveyed with a soulful smile on their dial, which reverberates across the whole community.

Beat & Path are celebrating their 20th release in style at Rubix Warehouse, Melbourne this Saturday 25 May. “It is a very special occasion for the label to gather as a collective and we’re excited to welcome everyone into our clan via the d-floor,” says Uone. With Out of Sorts flying over from their home base in Auckland and the Melbourne motley crew preparing their best musical treats, jam-packed with new releases, this Warehouse Label Showcase also features Philosophia, Timmus live, The Oddness and a whole host of other locals. 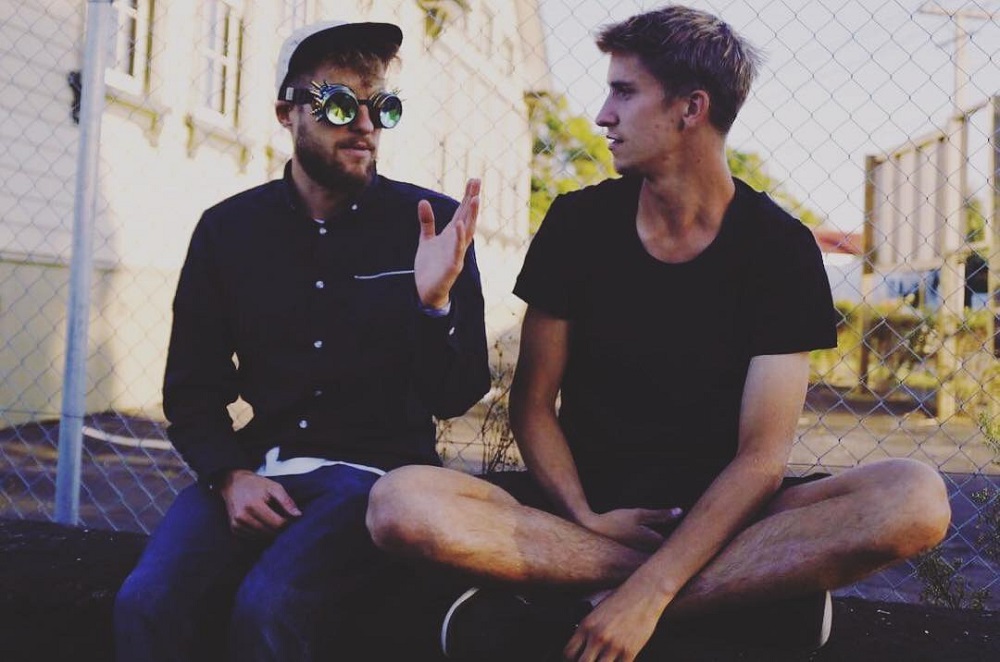 “It’s not often we get the whole troupe of cowboys and Indians, stragglers and wranglers, together in one place. We’re getting everyone together to celebrate life, listen to music and trade stories off the Beat & Path.” The Beat & Path family tree is always spreading its roots to nurture new seedlings. After Uone’s delightful Chi Wow Wah Town festival last year, Berlin electronic duo Bondi jumped in the studio at Uone’s Rancho Relaxo and made a track coming out with LA producer SAAND featuring a David Hasert in late July. “It’s all about a pilot who went off floating into space,” says Uone, sounding particularly at home with this concept. “His ship’s gone out of control, he can’t see what’s up or down anymore. He’s reaching out to mission control. It’s a tear-jerking-fusion festival end-of-Sunday-night-kinda heartwarming style. I see flares go up in the crowd as he sings “I’m reaching out to mission control.”

You can’t help but love how evocative and impassioned Uone is. The way he allows a story to just take him away, First Class into outer space. And of course, when I tell him this, he tells me it’s all stories from the Beat & Path and we all fall down that rabbit hole with him. And down there are many clusters of rare and juicy golden carrots, some of which can be gorged and guzzled upon right here.

His live act from the upcoming warehouse party, Timmus’s album ‘The Ancient Storyteller’ is in its final tweak stages. “We’ve just received the masters back from Danny Bonnici, our mastering engineer. It’s a 14-track micro house album. A journey into sound healing and field recordings, spliced with quirky funk, coming out in September.

“What really adds the edge to this is the design from Andy Thomas, a good friend of Uone’s whose art emanates nature. We met him at Rainbow many moons ago, he’s been doing animation visuals with Bjork recently, I couldn’t think of anyone better to represent the Timmus’s album in a third-eye-visual way.”

Uone has also got Peruvian artist Jumu to bring starlight to illuminate the magic in the music. “She has been our resident guest artist for the last 3 EP covers. I met her on the Beat & Path last year when she was painting at Strawberry Fields Festival. We were magnetized to her style and invited her to be a guest artist on the label. Again we are aiming to cross-pollinate artists.” We’re so glad to see the twists and turns of the Beat & Path winding beyond the boundaries of possibility – no map needed.

Kate Stephenson's dangerous obsession with music and words has taken her to every corner of the globe in the quest for the filthiest bassline. Heralding from the mean streets of Harrogate in North Yorkshire, England, she earned her raving stripes in the early 2000s at celestial institutions like Back to Basics in Leeds and Bugged Out in Liverpool, standing in queues snaking for hours round the block in freezing February nights before she knew how to hustle a guestie.

Having decamped to (slightly) more clement temperatures, Kate now calls the outstanding city of Melbourne home, feeling oh-so-very-welcome in a place where you are actively encouraged to party from Thursday to Tuesday. Kate stays alive on a strict diet of techno,jungle drum and bass and cheeky garage remixes, smooshed in with a little bit of everything in between. You can either find her with hands in the air, by the front left speaker or typing up a storm in bed drinking Yorkshire Tea by the gallon.