Hot off the heels of their epic season closing party at DC10 last Monday, iconic Ibiza party-starters, Circoloco, have announced the lineup for their colossal show on Saturday 14th December at The Drumsheds; a huge, industrial event space located in Meridian Water, Enfield.

Bringing a slice of sun-fuelled, Balearic sounds to London, legendary industry personality, Seth Troxler tops a bill of Circoloco stalwarts with Gerd Janson also confirmed, never failing to bring his infectious humour to the dancefloor. Innervisions’ Job Jobse will bring cosmic journey through vibe-laden house and techno to the giant hanger, whilst Life & Death head-honcho, DJ Tennis is know for is his expansive record collection and eclectic style that surprises and delights those in attendance.

Brooklyn based duo Bedouin have garnered acclaim for their idiosyncratic sets that weave melodies and rhythms into a spellbinding web of sounds, and rising star, Carista will also perform, having smashed her way through the ranks of Amsterdam’s vibrant underground scene in recent years and obsessive crate-digger, Gideon known for his exceptional talent for unearthing rare gems. A very special headline guest is still to be announced.

With the team behind revered venue, Printworks London taking charge of production, The Drumsheds will be transformed into a raver’s paradise, making Circoloco at The Drumsheds an unmissable event in this year’s party calendar. 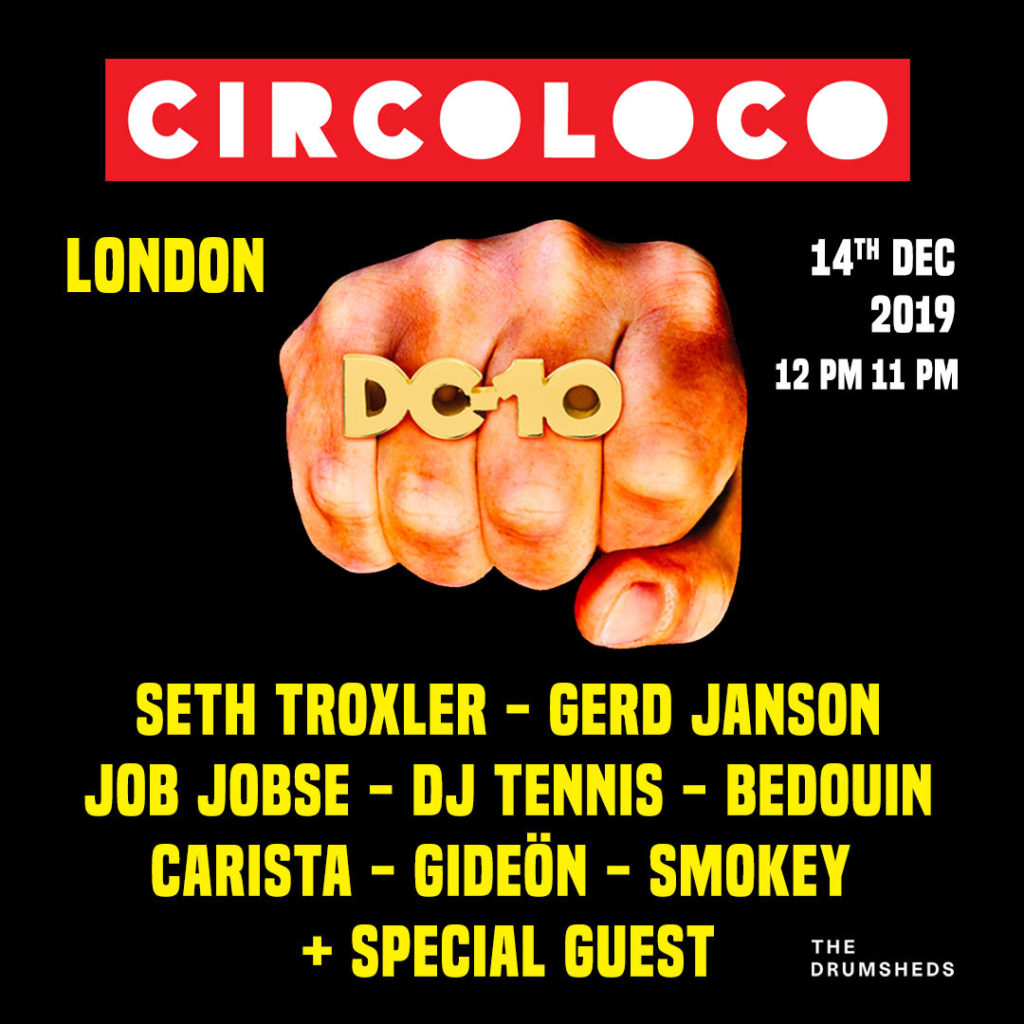