Sitting in for Luke Brancaccio we have our good friend and Berlin-Brighton founder Markus Saarländer. Berlin-Brighton started in 2014 with the simple aim of bringing a slice of Berlin to the city of Brighton by showcasing underground sounds from multiple genres not just Techno. Berlin has become one of Brighton’s most respected club nights with many collaborations, pop-up parties, two radio shows and of course the famous seafront beach terrace parties.

Prior to Brighton, Markus learned his trade in Ibiza on the sunset strip, perfecting his vibe and warm up sets. Markus has also made numerous appearances on radio shows, festivals & club nights across the country as well as in Barcelona and Germany including support duties for John Digweed at Concorde2 as well as starting a new Brighton based record label called Dino Audio.

Other recent highlights have included support at the Arch for Groove Armada and Berlin being the official partner for Waze & Odyssey’s Street Tracks series. Not only that Markus has shared the stage with some of the biggest names in the business such as Timo Maas, Dave Seaman, Alex Niggemann, Kellerkind, Thomas Schumacher, Nhan Solo, Superlover, Just Her, Timo Garcia, Juliet Sikora, Danny Rampling, Leftfield, Emanuel Satie, Cinthie, Daniel Steinberg, Jeremy Underground, Jonas Saalbach, Teenage Mutants, Tigerskin, BAAL and many more.

In June 2018 Markus also featured as the artist of the month for global underground music station friskyRadio, which has led to Markus starting is new Radio show ‘Rainbow Frequencies’ which aired on 12 November on the NYC based station, which is also the home of big hitters such as Sasha, Dave Seaman, Steve Lawler, Nick Warren and many more. Markus now hosts the show every second Monday 4pm EST, 9pm UK and 10pm CET. The show also reached no.2 in the global Frisky charts in February. Alternatively catch Markus hosting the Berlin Radio Show every Wednesday 18:00-20:00 UK Time on www.trickstarradio.com.

His guest for the show is the lovely Berlin-Brighton resident Lola, winner of Brighton DJ of the Year 2014. and 2015! Lola is a well known name in the LGBT club scene and purveyor of fat, bouncing beats. Lola has been rocking our souls and minds for some years now. No stranger to transfixing dance floors at 5000 attendees plus with large scale events such as Brighton Pride, smashing closing sets year after in 2015 and 2016. Not only that, Lola also lights up London regularly with headline sets at key venues such as Electric Brixton and 93 East, as well as having played at every venue in Brighton such as The Arch, Coalition, Concorde2, Green Door Store, The Volks and many more.

To add to her growing roster she has also featured at Ola Girls (Spain), Il Ha Branca Festival (Azores), Benidorm Pride, Amsterdam Pride, London Pride, Summer Rights (Tobacco Dock), As One In the Park (Victoria Park), Fright Festival, DPM not to mention clubs up and down the country and internationally supporting the likes of Route 94, Kellerkind, Pan Pot, Enzo Siffredi, Dave Seaman and Teenage Mutants. She is also the co-founder of local club night SIZE. and promotes her own night “Rumour Has It” and hosts a weekly radio show on Codesouth.FM. 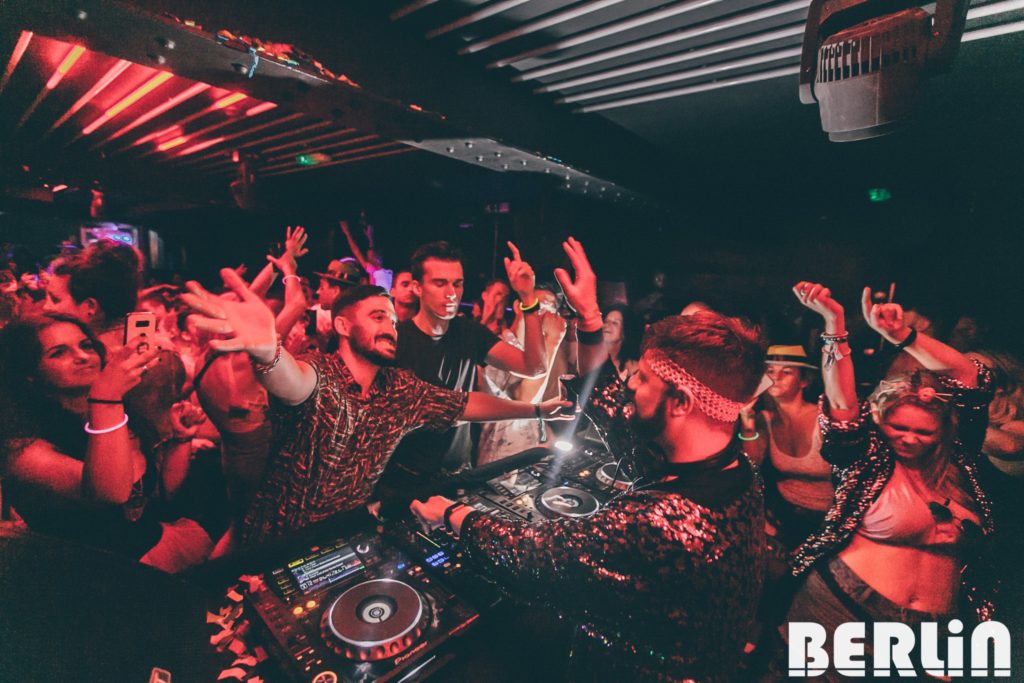