The most colourful music event of the year is approaching. On 10 August 2019, the Love Mobiles of the Street Parade will roll around the Zurich lake basin. With the motto, Colours Of Unity, the organisers want to draw attention to the fact that a picture can only be colourful if a wide variety of colours are permitted and can unfold their effect together.

For the 28th time on the day of the Street Parade, Zurich will become the unique technoid festival capital, a hotspot for electronic music. With the motto, Colours Of Unity, the organizers want to point out that life is more beautiful when different colours stick together. The colours represent the different origins, views, education or backgrounds of the visitors as well as the diversity of species in general. It is the colours of an entire society, an army of hundreds of thousands of peaceful and happy people, who celebrate the sound of time at the Street Parade and are thus part of the fascinating demonstration for love, peace, freedom and tolerance. In times when borders are closed and walls built, tolerant people from all over the world come together and unite on Zurich’s streets – it’s Street Parade. A community with all human colour nuances stands together and turns this unique experience into an event. The values of the Street Parade are open-heartedly lived and danced across generations at the world’s largest techno event. This is the cornerstone for peaceful coexistence – regardless of religion, skin colour, origin or sexual orientation.

Artwork by the Zurich artist Demian5 The Street Parade poster, designed by the Zurich graphic artist and illustrator Demian5, has a high recognition value. With his experimental webcomics, he has established himself in the international art scene. The main characters of the comic book “When I am King”, published by the German JaJa Verlag, dare a trip to the Street Parade. 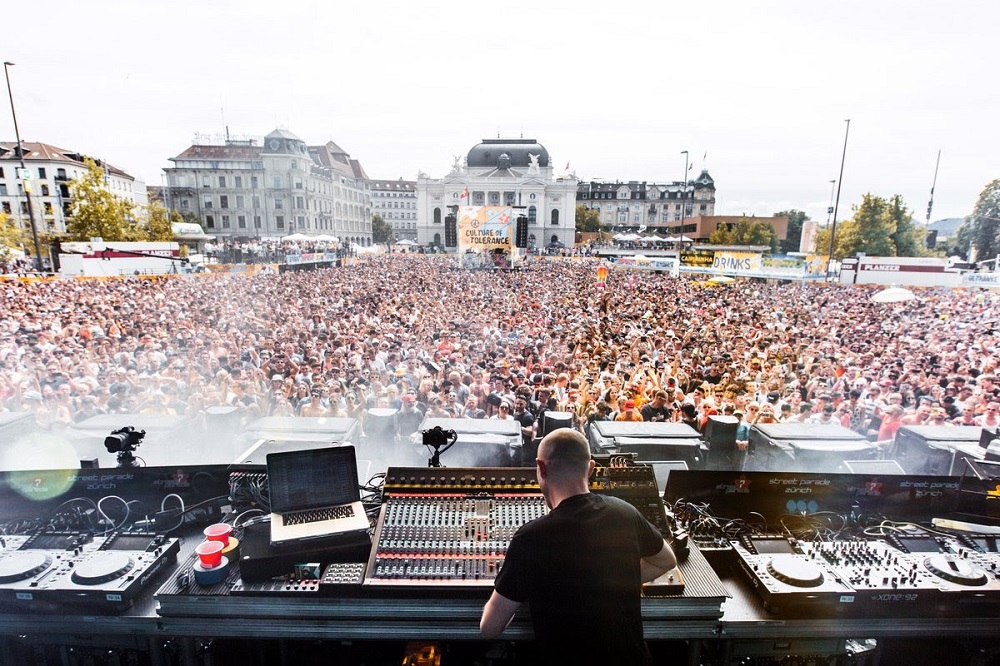 International top labels and Zurich clubs With the worldwide hip dance labels «Elrow» from Barcelona, Ants from Ibiza and Katermukke from Berlin, three labels with the global appeal will be part of the move. «Elrow» stages its own world on Bürkliplatz with a spectacular show, Ants and Katermukke present their own Love Mobiles. At the same time, the Zurich clubs Supermarket, Hive and Klaus are driving with their trucks at walking pace through the crowd. A new generation of Love Mobilists is also growing up. Namely, these are Level Event, Shape Events, and No Tomorrow Events. A total of 30 trucks are registered, playing all styles of electronic music from deep house to hard style.

Amelie Lens, Erick Morillo, Rødhåd, Nastia, Dubfire, Pan-Pot and another 200 DJs visitors can once again look forward to a top-class line-up. As international headliners, the currently hottest DJs in the world will be guests in the Limmat-City. National stars such as Animal Trainer, Gianni Calipari or Etzikiel are also part of the techno event. All DJ’s, whether world stars or young artists, carry the spirit of the Street Parade with them and perform without pay.

TV with arte concert and TeleZüri As in the previous year, the Street Parade will be broadcast live for eleven hours – new this year with arte concert, a platform for young and contemporary stage art. Arte concert broadcasts impressive pictures of the parade and the two main stages at Bürkliplatz and Sechseläutenplatz into the European living rooms. The long-standing TV partner TeleZüri is broadcasting live from the route for five hours, as in previous years, and broadcasts the popular best-of programme during the night and on Sundays.

Eight stages – festival in eight worlds In addition to the 30 moving stages (Love Mobiles), eight stages along the route from 1 p.m. to midnight round off the varied range of music on offer. While international headliners perform on the two main stages at Bellevue and Bürkliplatz, the other stages are reserved for Swiss musicians. Over 60% of the stage line-up consists of Swiss artists. 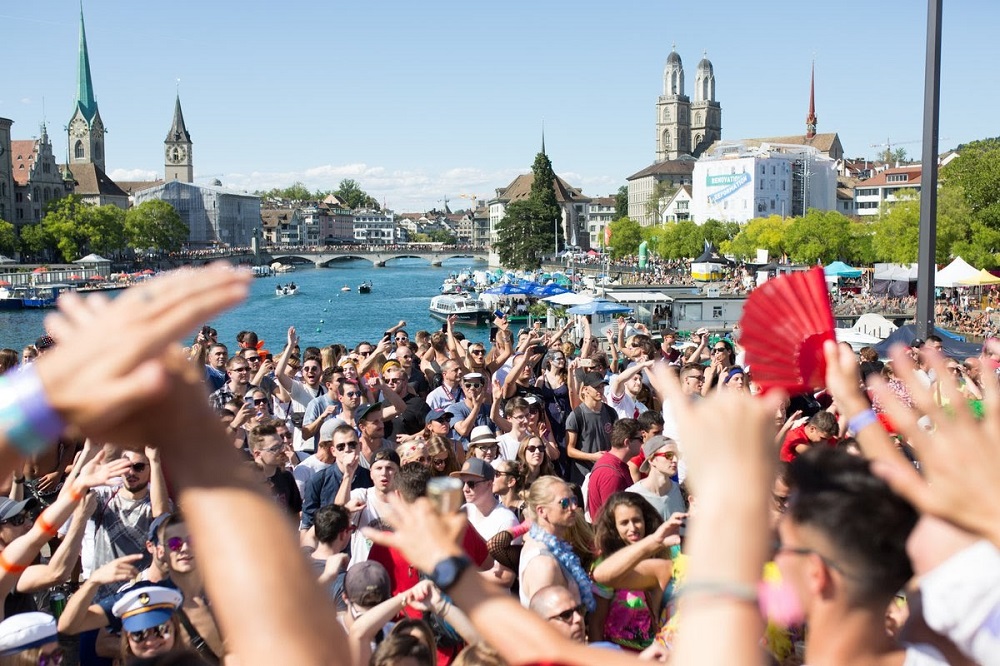 Enthusiastic Committee The organizers of the Street Parade are overwhelmed by the positive inputs and reports from all over the world. The long-standing partnership with M-Budget inspires the committee to think ahead and work in an energetic team. The makers are particularly proud of the cooperation with the new main partner Salesforce. Equality and diversity have been deeply anchored in the software company’s DNA since it was founded 20 years ago. Together they will create a unique equality truck that perfectly reflects the values of Salesforce and the Street Parade. Once again, the long-standing partners medica, Opel, Diageo and Heineken could be enthused for another Street Parade.

Guy J, Lost & Found Records, and Ozmosis now reveal the lineup for We Are Lost in Toronto