DJ Zinc has stood amongst the elite of the UK electronic music scene for over two decades now, making his mark across the whole spectrum of musical genres. From Garage classics, such as ‘138 Trek’, to House hits labelled ‘Crack House’, DJ Zinc has provided the dancefloor with a mass of energetic records. His undeniable skill at creating records filled with positive vibes and gripping melodies has rightfully taken him to the pinnacle of the electronic music industry. We had the absolute pleasure of interviewing DJ Zinc and gained a great understanding of his mentality, his views on how the industry has changed, and how he has dealt with the pressure of such popularity.

We got the interview underway by talking about DJ Zinc’s huge popularity and how he dealt with the pressure of being known as a pioneer of the UK electronic music scene. We asked “You are known as one of the great pioneers of the UK electronic music scene. What does this title mean to you and how do you stay grounded?”. DJ Zinc clearly does not get caught up in this kind of talk, however, and replied, “I think anyone who sticks at something for long enough will get props, I really enjoy the job but don’t get attached to that kind of stuff at all!” This was the first example of DJ Zinc’s clear humility and appreciation of his position throughout the interview.

DJ Zinc has made his mark across multiple genres throughout his career of over two decades. Initially breaking through as a renowned Garage and DnB artist, with a slot on Rinse FM alongside DJ Swift, DJ Zinc eventually progressed into slower House styles. He returned to the DnB scene after a 10-year hiatus, which begged the question, “What was it like returning to DnB after a ten-year hiatus? Was your return well-received?”. “It was like riding a bike – felt very natural! I did ask a couple of the more ‘studio genius’ types for some tips to brush up my skills – Teebee and Icicle, in particular, were really helpful! Yeah, the reaction was really good”, DJ Zinc replied. Clearly, he has made such an impact on the scene that he will always be warmly welcomed.

This line of questioning naturally led to a discussion around how the DnB scene has evolved in the 10 years since DJ Zinc made the switch to House music. “How has the DnB scene changed over the last 10 years? Has it evolved for the better?” we asked. This was a difficult question to answer, as DJ Zinc was not really fully ‘back’ in the scene. “Hmmm hard to say – I’m not really back in the DnB scene so I can’t really say – I’m playing a mixture of all bass-heavy music that I love. But in general, it seems like the same faces, a few fresh ones and fewer breakbeats.”

With such broad experience across such a wide variety of musical genres, we asked DJ Zinc “Would you say there was a difference in the vibe of a DnB event compared to Garage or House events and festivals?”

“When I started making house in 2008/9 I’d go and play at events and it seemed to lack some of the energy I was used to, in the last 4-5 years the bass house thing has gone crazy, so there is a similar vibe in bass house and DnB – garage I’m not so sure, I don’t really play at any garage events…”

DJ Zinc seemed to enter the House scene with a clear vision on how to improve it. The DnB scene is well known to be fast, full of energy and filled with positive vibes. We decided to ask a question that would provoke a fun and humorous answer. “If you had to explain a DnB event to someone that had never even heard of DnB before, what would you say and how would you sell it to them?”, we asked. “Fast loud music, some of which is pretty inaccessible unless you’re really into it – but some of it is easier to get into. I’d imagine the majority of the people in the world would love DnB if they went to a proper rave.” There you have it. If you are not sold on that, I do not know what will work!

Discussion then turned towards the technical side of DJ Zinc’s music and his production process. “We have always found your music very upbeat and superbly energetic. Is this what you aim for when producing a new record?”, we asked. DJ Zinc fully concurred with our statement and replied: “yeah definitely – the general aim is to make me wanna dance, so if I’m working on a tune and I’m not getting up every now and again to dance I need to rethink the tune!”

Following on from this and sticking with a technical line of questioning we asked “What is your process when it comes to production? Do you follow a structured production process, or do you let your creativity guide you?” DJ Zinc provided a very enlightening insight into his production process. “It depends from track to track – some of them I start on a plane (i just got off a flight from Tokyo and made 6 or 7 basslines of which a couple will end up being used) and some I start in the studio. I have daily habits that I always follow, morning routine, exercise, reading etc, but not so much when making a tune!” Clearly, DJ Zinc’s production process and inspiration depend on the environment he is in at the time. 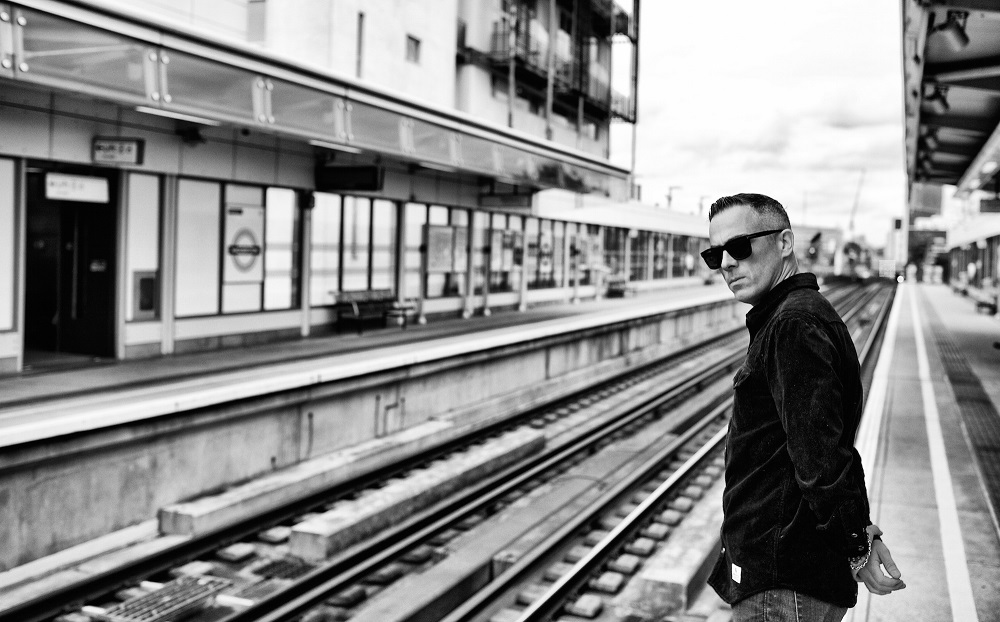 Obviously, we had to ask DJ Zinc about his time on the illustrious Rinse FM and what the station meant to him…

“I love Rinse because it went from being a cool London pirate to becoming a global underground music brand, and it didn’t compromise the music on the way. Love that!”

Bearing this in mind, we had to ask for DJ Zinc’s thoughts on the modern industry in relation to radio stations… DJ Zinc’s response certainly helped shed light on the matter and provides some food for thought. “Definitely not – when I was starting out there were only radio stations, but now there are many more ways to reach an audience. Radio is still important, but not to the same degree it was, IMO”.

Continuing the discussion around the modern music scene, we asked about DJ Zinc’s label Bingo Bass… “I started bingo in 2001 I think, then when I switched to house and I did the first couple of crack house EPs – then I signed to rinse for a while, and so my music came out via them. Then more recently I’ve been doing it myself again. I dunno if it’s important, it works for me!”.

We then moved on to discussions surrounding mental health in the music industry, DJ Zinc’s experiences and how he thinks artists can keep on top of things. We asked “has there ever been a moment, or perhaps multiple moments, where you felt like you would not accomplish the career you had dreamt of? If so, how did you overcome this feeling?” DJ Zinc provided a quality, in-depth answer to this question…

“Maybe I haven’t accomplished the career I dreamt of but seriously, compared to a lot of the guys I have worked with and spoken to over the years, I have very low ambition, since 1996 in interviews I’ve been saying ‘if I’m doing this same thing this time next year I’ll be happy’ – which means that I’m already happy. So my ambition has always been to just keep making and playing music I love, and see where it takes me. I haven’t ever really doubted it because there wasn’t anything I was hoping for that could be doubted (if you know what I mean!).”

We then asked him ‘if he had experienced any mental health issues relating to your career and touring he replied, “I’ve been very lucky, and haven’t experienced any, as far as I know. I don’t get caught up with the ego side of the job, and I think that leads lots of people to have problems.”

Further to this, we asked DJ Zinc “If you could go back to the start and give yourself one piece of crucial advice relating to maintaining your physical and mental health, what would it be?” He provided an answer with some people may find frightening, terrifying even; but an answer I fully agree with… “Don’t start drinking alcohol – I didn’t drink till I was 30, then started for a few years until I realised it affected my mood and clarity the day after. So now I don’t drink, and I really enjoy not drinking”, he stated.

To finish up, we asked him one final question which we hoped would provide an interesting glimpse into the mind of DJ Zinc. “Do you believe you have achieved what you set out to achieve? What are your future plans for progression?”, we asked… “I didn’t have any goals, but after doing this for so many years I realise that for me success means to be doing what I want every day – making music is such a great way to spend time long term.” DJ Zinc once again showing his humility and passion for the industry.

Still kicking ourselves from having the opportunity to speak with such a fantastic professional, we reflected on this interview with glee. DJ Zinc has shown throughout this interview that he not only has the talent and passion to secure his place as one of the UK’s biggest electronic music stars, but he also has the humility and personality to maintain admiration from fans around the world. DJ Zinc finished up with a message filled with positivity.

“Thanks to anyone who has supported me in any way, I’ve had a great time so far and hope to continue doing so. And if anyone has any of my music on their hard drive that they think someone else might enjoy please share. Spread the love.”

We are very thankful for DJ Zinc’s time and hope you all enjoy this interview as much as we did!

DJ Zinc – ‘Crackhouse Vol.3’ is out now on Bingo Bass