A product of the ’80s San Francisco dance music boom, DJ/Producer and owner Of Sublevel Music, Doc Martin has been creating innovative, high-energy electronic music for nearly three decades. Once a mainstay on the Pacific Northwest scene, he has gone on to perform everywhere from Ibiza to Tokyo, London and beyond, creating an enduring body of work in the process. As Doc enters a new phase of his career he shows no signs of slowing down, as he continues to evolve, revealing new sides of his artistry as he releases the most compelling music of his career.

Doc Martin’s choice to pursue a career in music was an obvious one, given the musical family he grew up in. Most notably, his mother sang with Bay Area icons Jefferson Starship. Doc, however, was more interested in absorbing the various electronic subcultures that were emerging around the country. Endless hours spent in SF’s indie record stores armed him with expertise in everything from acid house to techno, as he developed the genre-bending style that would come to define his career.

Within a few years of his first performance, Doc was selling out shows across his hometown and began setting his sights on bigger things. In the early ’90s, he relocated to Los Angeles, where he quickly integrated himself into the city’s thriving rave scene. Not long after, his profile had risen enough for him to be invited to Europe to play at some of the continent’s most iconic clubs and parties, including Fabric (Residency), Circoloco, The Rex, Panorama Bar, and Sun waves to name a few. In the ensuing decades, he became a favourite amongst audiences from New York to London, performing regularly at clubs including Output, Coachella, The Roxy, Twilo, City Fox, Space, Desert Hearts, Movement, and Lightning in a bottle

After three decades of bringing people together with simply mind-blowing music, Doc Martin’s passion and drive remain as strong as ever. He maintains a steady schedule of performances across the globe while continue releasing new tracks regularly. As the rare artist to achieve the status of elder statesman, he has left a lasting legacy in electronic music, a legacy which he continues to add to every day.

Decoded Magazine had a quick chat with Doc about his new remix on Uniting Souls Music, his production style and preferred technology, and his incredible work with Mark Bell.

You have recently completed a remix for Wesley Holmes & Lar Gibbons on Uniting Souls Music. Can you tell us a little about how you approached your remix for the label?

When doing remixes, I really want to put myself into the vibe of the mix. With this particular mix, I heard a part of it that really grabbed my attention and that I could build on. I also wanted some spoken word on it. Surprisingly it all came together pretty quickly.

You have been a very well-respected artist in the electronic music scene now for some time. If you met a younger you, what advice would you give a young Doc Martin who was just starting out on his journey into House Music?

I would probably say, it’s going to be a lot of highs and lows. To stay true to your love of music and never sell out for money! It’s important to keep your head on the love, and not the circus.

Your remix of ‘Woman Cry’ alongside Mark Bell in 1999 is still one of the finest remixes of all time, in my mind. How was the remix put together, and can we expect anything from you and Mark Bell again in the near future?

This came together when I was playing the Ovum (Josh Wink) party in Miami at WMC. I was playing the original Maurizio song ‘Phillips Track’, under another song for at least 5 min. The crowd was going crazy! Mark said I’ve got an Idea to do a vocal with Maurizio. We actually paid for the one-bar loop sample to the artist, And Mark’s vocals took it to another level. We have done many records, and remixes since then. We are also working on new stuff at the moment. We have a record coming out on Bushwacka’s Oblong label!!! 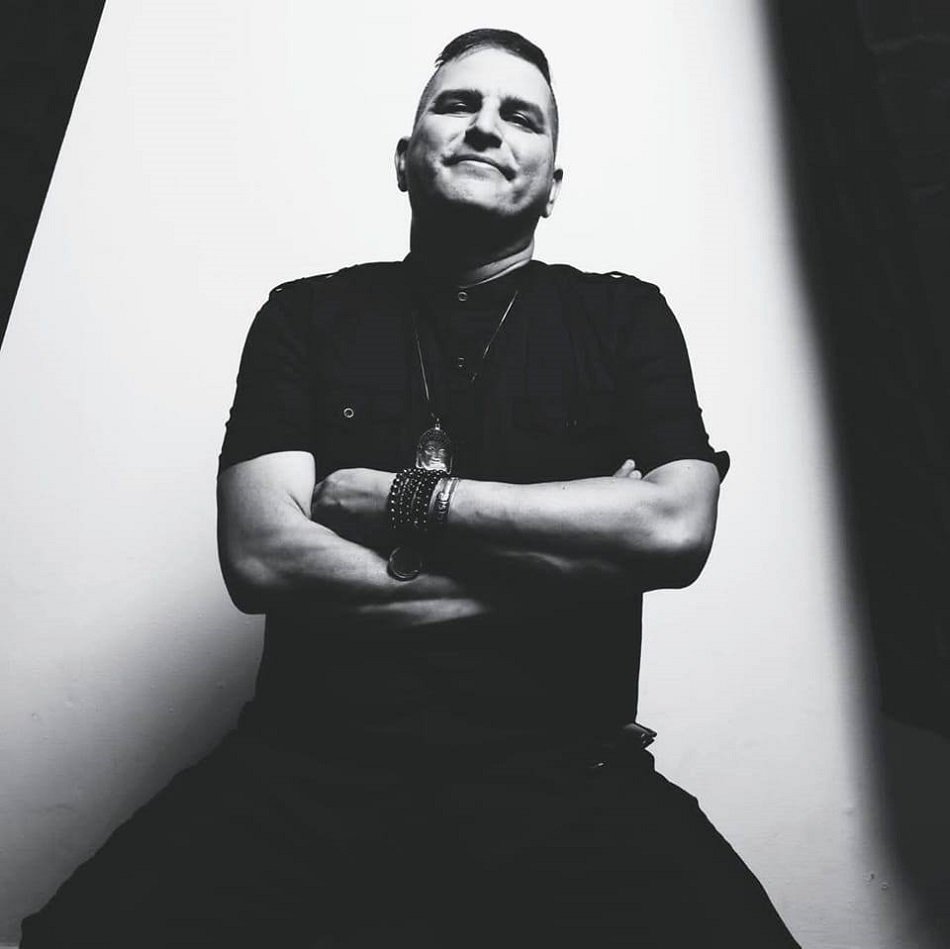 Besides the noticeable changes in technology, has your approach to music production changed over the years? If so, how have things changed, and are there things you miss?

I’ve pretty much kept Analog and Digital together in harmony with my studio. My approach has always been to make music that moves the mind, as well as the body. The one thing I really miss is people spending time making their music. I love to collaborate with artists and singers.

You have worked with so many producers over the years, but is there one artist that you would just love to work with?

That’s a tough one. Right now I’m producing for someone I’ve always wanted to work with from LA. He used to come into the record store, and buy records. There are so many great artists out there. Sting, Terry Hall (Rip), Wu-Tang Clan, and Future Sounds of London to name a few. They all elevate into some other realm with their music.

You played a release party which took place on 26th November at Monkey Loft (Seattle). How was the event and what were some of your highlights?

First of all the crowd in Seattle is always top-notch. I’ve been going there since 91, and have watched the scene there grow into its own thing. I always have a great time there. The Half Light Sway Rmx really destroyed it on this night. Also the Audiojack Rmx of Uniting Souls resident, Jordan Strong did the business!

What has Doc Martin got planned for new music over the coming months?

An original for Sloth Acid with Sacha Robotti, and JTJ. An upcoming project with an LA legend from a Legendary band. Also working on a project with Pete Moss w/ Collette on vocals for Sublevel. Mark Bell and I have a release coming out on Bushwacka’s Oblong label. A vinyl-only release with Homero Espinosa from Moulton music. Plus a ton more going on with my label sublevel.