Over the past few years Maxim Lany has created his very own acclaimed sound with his full focus on creating a musical legacy that transcends the symbiosis between his DJ sound and his atmospheric music compositions. Maxim Lany is a well known figure in the Belgian house scene and has shared the decks in 2018 with John Digweed, Sasha, Jamie Jones, Lee Burridge, Adriatique, Kölsch, Bedouin, and many others.

His music has been released on Bedrock Records, King Street Sounds, Kittball Records, Lisztomania, We Play
House Recordings, Armada Electronic Elements and his own label Lany Recordings. Maxim Lany’s upcoming track “People of the Night” featuring Jack E Jones is currently being played by the likes of Solomun and Kölsch.

I took a few minutes to speak with Maxim ahead of his new release out of his busy studio schedule.

I understand you had quite a busy year production wise with releases on Bedrock Records, Kittball Records and Moonbootique. You are now signed to Armada Electronic Elements, and scored big eyes with your track ‘Renaissance’ what did the success of this track do with your career?

The success of ‘Renaissance’ gave me the opportunity to work even more in the studio and to further develop my own sound. On the other hand I have been able to go out and play more gigs and even bigger venues and festivals.

‘Renaissance’ got support from a pretty wide range of DJ’s like Solomun, Tale of Us and Kolsch but also David Guetta supported the track massively, did you expected support from both sides of the dance music scene?

I don’t think that anyone saw this one coming to be honest. To get support from both sides of the industry is really amazing and means a lot. It proves that we are on the right track with what we are doing now, bringing people together with dance music.

Let’s talk about your latest release “People of the Night” featuring Jack E Jones. Can you walk us through the inspiration for the track and the production behind it?

In fact, the follow up single ‘People Of The Night’ was made really quick after making ‘Renaissance’.
I was in the flow of that particular sound and I wanted to push it even further. On a late studio session with Jacky we took it into the night and the lyrics just came very naturally to us.

For a lot of up and coming producers who don’t currently have a well-known name. It seems the only way to progress is to keep trying to make music good enough to get on to the bigger well-known labels and then hope their demo is being heard or be lucky they have some connections. As a “just break-through producer”, what advice would you give to aspiring artists?

I would advice the upcoming artists to really take their time and see things on the long run. In order to get noticed you need to stick to what it is that you are good in. Time is the biggest investment I always say and that’s also the most difficult part, be patient and continue to put out quality. And have your music played by the people close to you and get honest feedback.

You have a pretty busy tour schedule, and touring can definitely take its toll on the mind and body, what are some tricks or routines you swear by to make sure you make that flight the next day?

I drink a lot of water, all the time. I try to meditate as much as possible and I try to keep my mind focused on what it is that is important to me.

It is not all serious though, can you share with us a funny story whilst on tour?

Just recently I had to play with Fisher and some fans of him were waiting outside the stage for a picture with him and they must have thought that I was him and I played along, he could not stop laughing after I told him.

Thank you once again for speaking to us today, is there anything you can share with us for 2019?

There will be a remix I did for Agoria coming out soon and then there will be something really special in October. So keep an eye out during Amsterdam Dance Event I would say.

“We live in a world dominated by a fast pace. The ability to access anything, anywhere, at any time leads to an enormously short survival time” – Innellea 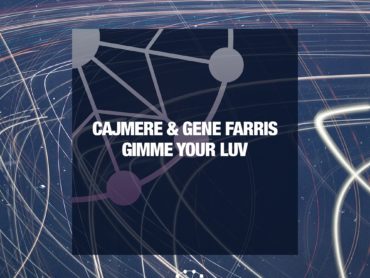 Following on from what has already been a full-on few months that’s included the release of Bass Go. Continue reading