Frankfurt hero Reboot returns to the Hommage family for this five-track outing. It’s a pleasure to have such an extensive release from a producer who has proven himself time and time again. Reboot’s discography is full of diversity and nothing but quality. As someone who used to sneak into the legendary Omen as a youngster it’s no surprise that he has an intuitive understanding of the dance floor, whether he’s crafting deep, melodic jams or all-out techno smashers. On the ‘Renzo’ EP we get a fresh selection of deep, housey, melody-driven productions that epitomise Reboot’s ability to imbue everything he touches with his irresistible charisma.

‘Renzo’ gets the release off to a delicious start. A deep groove carries this one forward as the beats massage your body and mind. As you lull into a trance, a gentle, otherworldly melody transports you into another dimension. It’s relaxing yet has the kind of energy that makes you move unconsciously and uncontrollably.

Next up is ‘Astrid’, which blends tribal influences with a cosmic atmosphere. The result is a mysterious, captivating cut with seriously contagious rhythms. Close your eyes and you could be in the rainforest of some distant planet at the other end of the universe. Reboot’s ability to create entirely new worlds with his productions appears to be effortless on this cut… mesmerising.

Then we have ‘Memoria’, a driving cut with a disco aesthetic. The bassline is hypnotic, the beats snappy and the overall production is very crisp. You can hear every shaker and every string on the guitar riff in great detail. This one has an organic feel, as though the guitar is being played live. When the serene vocal comes in prepare to lose your heart to this one – you’ll fall in love with it over and over.

We veer into funk territory with ‘Brothers On The Slide’, which has a seriously groovy bassline. An interstellar organ takes us up to the mothership, creating strangely alluring melodies which flutter and chirp above the low end. Reboot’s use of percussion is on point, occasionally adding hats to boost the energy of this enchanting cut.

Last up is ‘Hausa’, a more experimental track that combines dour atmospherics with warped effects and punchy beats to great effect. It’s dark, kooky and danceable so prepare to have your brain waves scrambled as a batch of unusual frequencies are unleashed. Very different to the rest of the EP but still retaining the stylish, professional approach, this is a great way to close out the release. 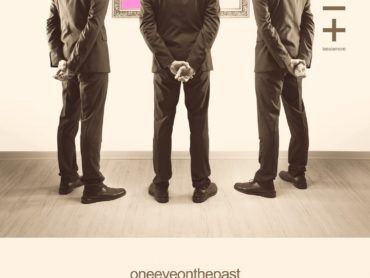