Fungus, yeast-based bioplastic and other materials grown by microbes have been used to make the Korvaa headphones, designed by Finnish studio Aivan in collaboration with scientists.

All up, the Korvaa headphones feature six different microbially grown substances. They were designed to showcase the potential of the technology known as synthetic biology or “synbio” for short.

This discipline fuses engineering with biology to channel natural processes into such uses as fabricating materials, producing energy and treating illness. Working with scientist from VTT Technical Research Centre of Finland and Aalto University, Aivan wanted to demonstrate the fabrication side of this science in the form of a three-dimensional object.

The team chose headphones because of the variety of materials they contain — from hard plastic to pliable mesh and leathery soft textile. The rigid plastic frame of the headphones is a petroleum-free bioplastic grown using the lactic acid in baker’s yeast (scientific name saccharomyces cerevisiae). This polylactic acid (PLA) polymer is biodegradable and can be used for 3D printing, which is how the Korvaa component was fabricated. 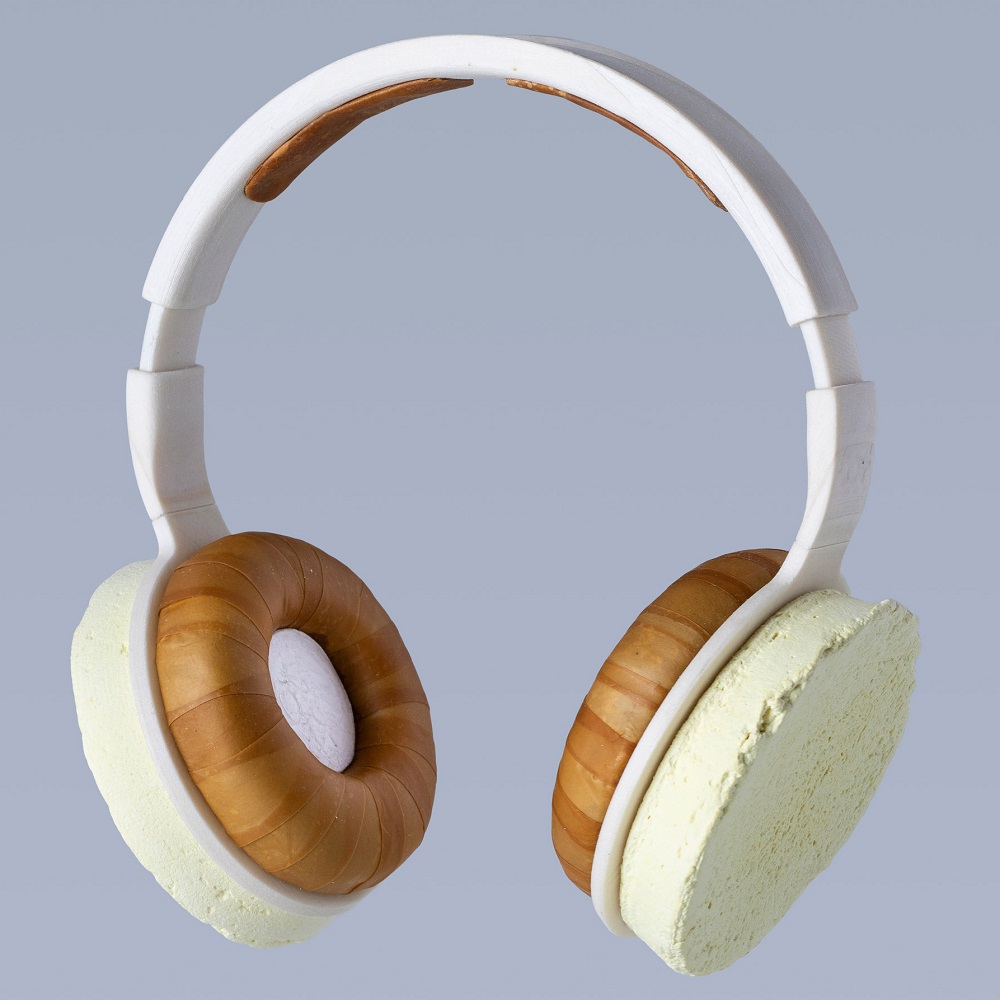 The padding that sits over the ears is produced by a fungus called trichoderma reesei, dubbed “nature’s strongest bubble-maker” by the team at Aivan. It grows cells into the air, making a foaming protein called hydrophobin. Synbio researchers mix it with plant cellulose to keep the structure stable, though soft.

Covering the foam is mycelium — the branching, root-like part of a fungus that has elsewhere been used for clothing and architecture. In this case, the fungus is phanerochaete chrysosporium, and it has a leathery texture that is meant to sit comfortably on the ears.

Headphones also require a mesh-like cover for the speakers. In Korvaa, this is provided by a microbially produced protein based on spider silk, one of the toughest substances in nature. The biosynthetic version of the silk used here can also make bulletproof vests. Synbio researchers collect the fine fibres into a larger structure using electrospinning, in which a negatively charged extrusion tip shoots the material onto a positively charged plate. 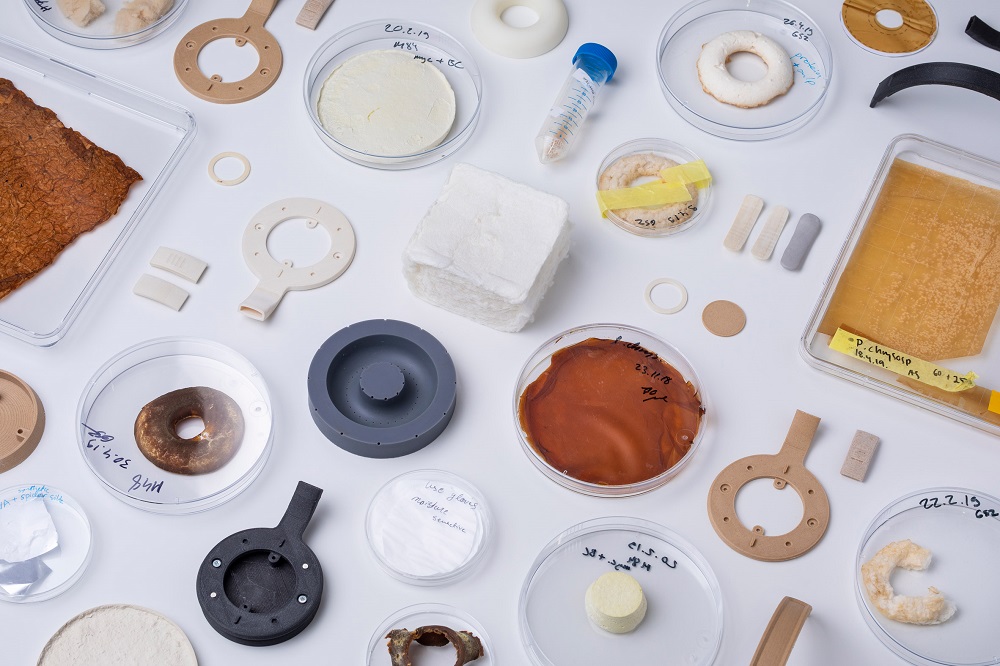 Other parts of the headphones are cellulose — the primary structural material in plants but produced faster by microbes and enzymes — and a cellulose-mycelium composite.

In their current form, Korvaa won’t replace anyone’s trusted set of headphones. They are purely a concept that explores the future of product design.

“For now, certain compromises had to be made,” said Aivan product designer Saku Sysiö. “However, it’s a rapidly developing field of research and we’re excited to see what happens in this area in the next years, and the implications for various industries, how these materials are used.”

“This was certainly only a surface scratch into where biology-engineered materials are going, and what we can do with them in the future,” added another of the studio’s designers, Thomas Tallqvist.

The team will present Korvaa — which gets its name from the Finnish for “ear” as well as “to substitute or replace” — at the Fiskars Village Art & Design Biennale 2019, open from 19 May until 19 September, and during Helsinki Design Week 2019 from 5-15 September.

Misha is an innovative Eurorack instrument/sequencer that utilizes a unique, interval-based approach to playing and…