The original founders of the acclaimed Craft Beer Rising festival are putting all their peerless know-how into BrewLDN, a new, utterly comprehensive and independent beer festival that will establish a new benchmark as it showcases 150 of the world’s very best brewers, quality street food and a fantastic music programme from 27th – 29th February 2020.

This hotly anticipated date in the UK beer festival calendar will incorporate three days, two trade sessions and four public sessions with 200 exhibitor stands as well as a pop-up pub hosted by DJ Artwork and all his celebrated friends. BrewLDN will take place at The Old Truman Brewery in London and is set to offer a huge platform to the industry’s finest innovations in independent brewing, cider production, spirits, snack stands and street food. 8,000 people are expected to attend this welcoming, eye-opening and unforgettable beer experience, so make sure you’re one of them.

BrewLDN will be a place to get up close and personal with industry-leading brands you know and love, as well as those you’re soon to fall for. It comes from the same team that established the acclaimed Craft Beer Rising and is driven by endless passion, real industry expertise and a desire to only deal with the very best independents in each sector. It is a place where the industry can be pushed forwards, diversity and ethical brewing can be championed and is somewhere to celebrate some of the best brewers and breweries in the world.

A more extensive list of the exhibitors and brewers is available online at brewldn.com, and more will be announced each month in the run-up to the event, but there is already plenty to get excited about. The international contingent of brewers and breweries is lead by Denmark’s To Øl Brewery, which was founded in 2010 and uses raw ingredients of the highest order, with no compromise anywhere in the process. Named the 9th best brewery in the world in 2014, they are famous for their youthful approach and hoppy, balanced and complex beers which are light, dark, strong and simple. Next is Cassels, a family-owned brewery in Christchurch, New Zealand and one of only a handful of wood-fired breweries in the world. Their Milk Stout was elected as the best in the world at the World Beer Awards 2019, and they are joined by Brooklyn Brewery from New York, whose Brooklyn Lager is one of the best-known beers on the planet.

Ethical breweries are well represented by Big Drop Brewing, a young company that has made a swift impact with their low alcohol craft beers that really pack a punchy flavour, plus Mothership, a game-changing all-female brewery that champions women in craft beer with a range of innovative and award-winning seasonal beer collections, all with a social conscience. Add to this a carefully curated mix of local London and UK breweries such as Brixton Brewery, London Fields Brewery, Aberdeen’s Fierce Beer, Tiny Rebel in Wales, SALT from Saltaire, Harbour Brewing Cornwall, Brew York and the Padstow Brewing Co., and all bases are covered in comprehensive and cultured style. 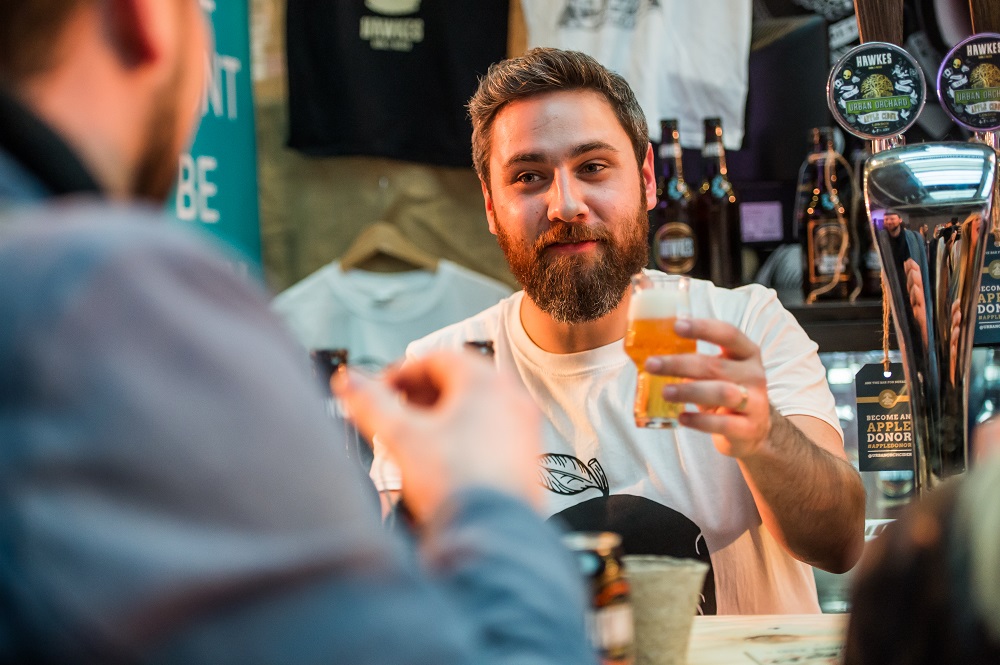 BrewLDN will also be ‘calling time’ on their previous dance hall set up to introduce a brand new concept for 2020 by teaming up with DJ Artwork (aka Arthur Smith) to create a pop-up pub;

“Everyone loves drinking beer in their local pub so I thought what a great opportunity to expand Art’s House and open my own pop-up pub right inside the Truman Brewery. Expect garish sticky carpets, comfy sofas, wallpaper only a pub could pull off, great chat, games, much frivolity and of course all of us raving together as a family at a right old knees up in our local boozer!” DJ Artwork.

You’ll be able to sip on Arfa Lager served right from the DJ booth as you take in a mix of rare disco, house and uplifting tunes. The idea was born out of a conversation to create the atmosphere of Art’s House Festival at BrewLDN; the obvious idea was to build their own style of house which of course is the pub. Artwork will play on Friday evening with more DJs and music to be announced over the forthcoming months.

BrewLDN is not just about fun and fine flavours but also innovation and so they proudly announce BrewAccelerator, their search for the next generation of the beer business. Have you been trading for less than a year or have that killer business plan you are itching to turn into a reality? Then submit your plans (details online at brewldn.com) and if selected by a top team of expert industry judges you could win a year of guidance and mentoring (which is worth more than £50,000 over a 12 month period) as well as a stand-in the main room at BrewLDN 2020.

In order to keep guests well fuelled and energised, mouth-watering food is on offer from a selection of the UK’s best street food traders and snack producers. The first to be announced is Prairie Fire BBQ, London’s only traditional Kansas City BBQ who’ll be serving up slow-smoked meats with award-winning sauces such as Black Angus smoked Brisket and Oak smoked Scottish Salmon. Returning favourites Serious Pig bring their legendary classics such as snacking salami and oven-roast pork crackling cured from top quality pork from the very best British farms.

The countdown is now on to the most exciting new beer festival in the UK. Nothing even comes close to offering this level of insight and access to your favourite beers, so get it in your diary asap.

Tickets are on sale now. Tickets start at £10 are available at here.

IKEA is set to debut the DIRIGERA in October this year. DIRIGERA is a hub…

As one of club culture’s most notorious – and best loved – figures, Tony is…