With a first phase announcement firmly re-establishing the Illuminations series as a core cultural fixture, Rockfeedback have unveiled the second wave of announcements for their 5th anniversary calendar with yet more eclectic curation set for October 28 – November 11 2016.

Celebrating worldly – and otherworldly – music and arts across a fortnight of large-scale and fringe events, the schedule features a notable highlight in the form of ‘Junun’: the collective formed of Radiohead’s Jonny Greenwood, Shye Ben Tzur and The Rajasthan Express, performing music from their acclaimed 2015 collaborative LP of the same name. This is complimented by a string of inventive and boundary pushing events across the fortnight. Sonic pioneer The Bug will present his latest project “Sirens”; Pantha Du Prince will host a carefully-curated evening of contemporary electronica; Let’s Eat Grandma – one of 2016’s most exciting breakthrough acts – will be creating an immersive world of music, art and video at Oval Space; while master pianist Lubomyr Melnyk will be joined by the UK debut of Murcof and Vanessa Wagner’s cross-genre collaboration.

Now, Illuminations can unveil the newest events joining the bill, adding further dimensions to the series’ curious and exploratory roster. The Museum of London will open its doors for after-hours gathering ‘The Museum of Lost Sounds’: a free event exploring the dark and lost borders of music, sound, art and film, presented as part of their Night Museum series. As well as contributions from visual and conceptual artists Yuri Suzuki, Sarah Angliss, School of Noise, Nick Luscombe and Chris Shen, the event will host the UK debut of ‘Shrine’: a new contemporary dance piece from acclaimed producer Forest Swords, centred around six compositions hewn from sounds of the human body. Hugely original and inquisitive young talent Cosmo Sheldrake will also be performing on the night, with further artists to be announced.

Joining previously announced headliner Pantha Du Prince at Electric Brixton will be Stockholm-born and Berlin-based artist The Field, who recently released widely-acclaimed fifth album ‘The Follower’, showcasing the motorik rhythms and perpetually rotating hooks that have become his signature style. Joining them are Gazelle Twin, who will be bringing a brand new and hugely original A/V show with them, featuring two vocalists performing on treadmills against a backdrop of film and animation. Inspired by JG Ballard’s final novel ‘Kingdom Come’ from which it takes its name, the performance expresses themes of sub-urbanism, consumerism and fascism to emotive effect. London-based electronic musician Deeds and Rough Trade Shop DJs will complete the bill.

Lastly, in partnership with East London feminist film collective Genesisters, Illuminations present an evening with cult punk film ‘Ladies and Gentlemen… The Fabulous Stains’. Alongside a rare screening of the movie, there will be a live performance from Estrons, an introduction from noted punk journalist Caroline Coon, special guest DJs, ‘zine stalls, Stains-themed make-up artists and more, bringing to life the empowered, exciting world embodied on the screen. With still more acts to be announced over the coming weeks, Illuminations 2016 looks set to further establish the series as a London mainstay.

28/10  – THE BUG presents “SIRENS”
A new work blurring the boundaries between live performance and immersive installation, ‘Sirens’ is a durational avalanche of sound, light and physical sensation. The Bug will perform this live, plus special guests.
Illuminations at Autumn Street Studios, E3 2TT

29/10 – THE NIGHT MUSEUM
The Museum of London will open up its doors after hours for a specially curated evening exploring the dark and lost borders of music, sound, art and film. Featuring work from visual and conceptual artists including Yuri Suzuki, Sarah Angliss, School of Noise, Nick Luscombe and Chris Shen, the one-off event will also see acclaimed producer Forest Swords present the debut performance of new contemporary dance piece Shrine. More musical performances will be revealed shortly. This event is free and open to all.
Museum of London, EC2Y 5HN

30/10 – BLACKOUT
A unique evening of music performed in complete pitch black darkness, with special guest performers kept secret up until they are revealed on the night.
Illuminations at Oval Space, E2 9DT

02/11  - LET’S EAT GRANDMA
Teenage duo Let’s Eat Grandma invite you into an evening curated by them at East London’s Oval Space, welcoming you into their universe for a one-off event
Illuminations at Oval Space, E2 9DT

5/11 – GENESISTERS: Ladies and Gentlemen… The Fabulous Stains
In collaboration with East London feminist film collective Genesisters, Illuminations presents an evening with cult punk film ‘Ladies and Gentlemen… The Fabulous Stains’. Alongside a rare screening of the movie, there will be a live performance from Estrons, an introduction from noted punk journalist Caroline Coon, special guest DJs, ‘zine stalls and more.
Illuminations at Genesis Cinema, E1 4UJ 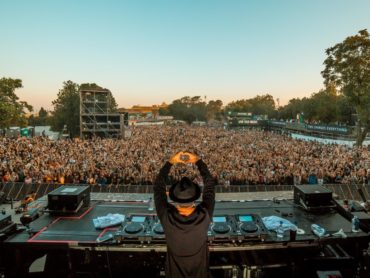 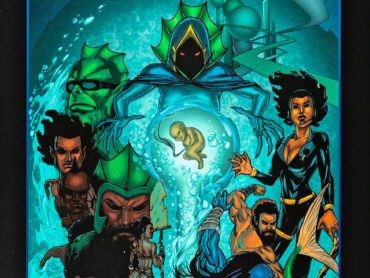