A brand new, all-day event is taking place in Perry Park, Birmingham on 28th July bringing together the giant Midlands brands that dominated UK clubland through the 90’s, 00’s and beyond. Appropriately titled, Legends In The Park, the event features bonafide legends of Birmingham’s club scene, which brings us to Miss Moneypenny’s, headlined by non-other than Jeremy Healy.

Miss Moneypenny’s, dubbed as ‘The Worlds Most Glamorous Clubbing Brand’ has been throwing parties and events throughout the world for more than 2 decades. It evolved as the weekly club event from the extravagant one off ‘Chuff Chuff’ parties, the longest running and most exclusive hedonistic house music event in the UK. In addition to its UK parties, Ibiza residencies and touring events Miss Moneypenny’s has successfully released a series of worldwide compilation albums on an annual basis, sixteen to date, as well as a consistent release schedule of commercial and underground dance tracks on their own in house music record label – Miss Moneypenny’s Music.

A name synonymous with music, fashion and having an all-round party-loving ethos, we caught up with Jeremy ahead of the event to talk about the good ol’ days, the world’s biggest fashion catwalks, and his ultimate nostalgic lineup. Starting with Moneypenny’s he commented –

“Moneypenny’s was the best house music club in Brum in the 90s, coming from the long tradition of dress up to get messed up. It was the most glam night but it also didn’t take itself seriously. None of that minimum-spend VIP table sparkly champagne tosh which plagued the noughties. You could sit, dance or fall down as long as you were smiling.”

With an incredible career to date Jeremy recalled his most memorable performances stating “I’ve been blessed to play all over our beautiful planet, from the Arctic Circle to New Zealand and pretty much everywhere between. Lavish celeb birthdays to dark sweaty discos and I’ve loved them all. What’s my favourite? Always the next one…” One of the standout topics of discussion was longevity as he explained his most noticeable change in the scene over the years. “What’s changed is that you can have a career! When it first started that would have seemed an absurd idea. When I chat to my brother DJs about the longevity we have achieved, we really have to pinch ourselves and feel really grateful.”

Alongside a very decorated club DJ career, Jeremy became musical director for many of the world’s biggest fashion brands, providing the soundtrack for the highest profile catwalks. He spoke about what started his affiliation with the fashion scene and if he prefer it over clubland? If so, why? “I was into T.Rex, Bowie and Roxy Music when I was a kid. In 1977, at the tender age of 14, I wandered into a shop called ‘Sex’ on the King’s Road in London and met Vivienne Westwood. For me, it’s always run hand in glove. I met John Galliano at his degree show in ’84 and have done the music for every one of his shows since then, and now I do the music at Maison Margiela and that story continues. I did the same at Dior and Victoria’s Secret for 15 years each. With those big labels you’re more of a cog in a machine, so it’s a nice contrast with DJing as that’s essentially a solo thing.” 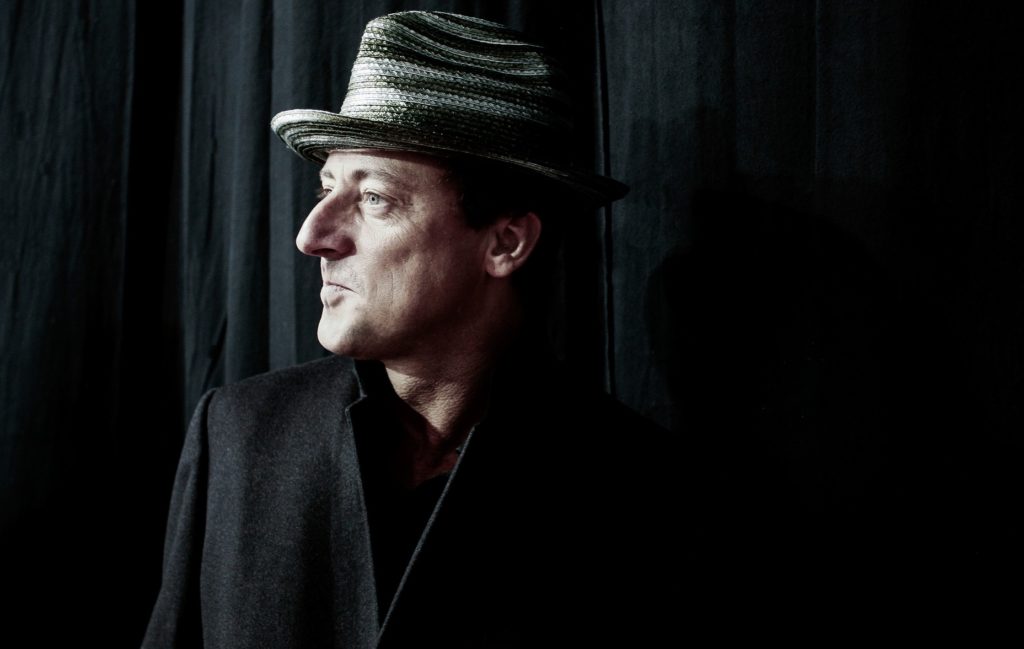 We then asked Jeremy if he were to curate his own ’90s nostalgic festival, like ‘Legends In The Park’, who would be his top 3 headliners? And what 3 club brands would he choose? “It would have to be Nirvana, Michael Jackson and Everything But The Girl – it would definitely sell out! How about Venus in Nottingham, Renaissance from Mansfield and your boys Miss Moneypenny’s ’cause they all ruled.” Then following on, if he could own the only copy of any record, of any genre, what would it be and why? His answer was quite surprising – “what I like about the digital music age is everyone can have a copy of everything. I used to be petrified of losing or ruining irreplaceable copies of records I’d never be able to get again.”

The 90’s were also known as times of excess in clubland. “People often tell me I should write a book, the working title is ‘You Had To Be There’ haha” he laughed as we were trying to extract some tales of debauchery. “Have you seen the shit Moby’s had for his?! Seriously, tales of debauchery are best served fresh, otherwise, it’s just a load of name dropping and tittle-tattle!” he explained.

Anyway, we tried haha. Next, Jeremy told us if he could go back in time and relive the 90’s he thinks he could have made a lot more money in hindsight, but then he wouldn’t have had as much fun. Finally, looking forward this time, we asked are there any new projects coming up which he is really excited about? “I’m working for Chanel on a new perfume commercial. Watch this space.”

Jeremy Healy plays at Legends In The Park on Sunday 28th July at Perry Park in Birmingham. For tickets and more info visit www.legendsinthepark.com 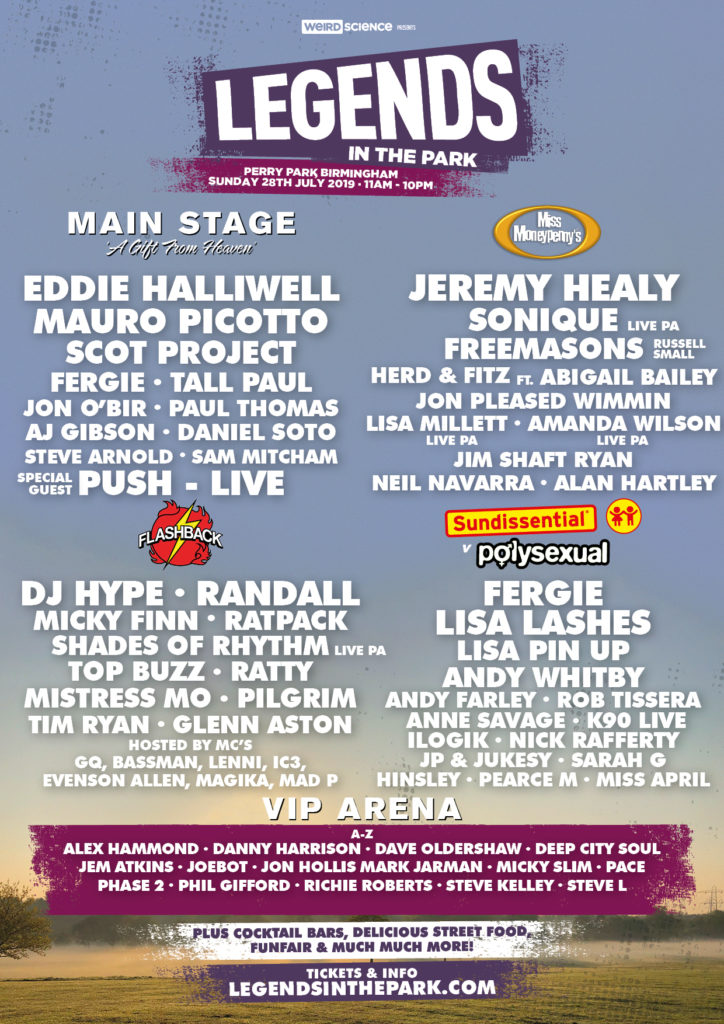