After a successful debut, the second Interactive digital festival will go ahead. Berlin Startup LifeLive.io presets the next interactive stream festival with stages hosted by Cocoon, Moon Harbour, Blakk Sheep, Eating People and more. All profits from the festival will be distributed in full to the participating labels and artists.

The new concept creates a completely new live streaming experience: Visitors can switch back and forth between different stages, interact and video chat live with each other individually, in other words, actually see and talk to each other. Already the first festival with acts like andhim, Oliver Koletzki, Super Flu, Oliver Huntemann, Pretty Pink, Monkey Safari and many more received enormously positive feedback. All the greater is the anticipation for the second festival edition, which can again be streamed live worldwide. A fantastic opportunity to participate from home in a festival with an international line-up and party together with others.

The second festival will be on 17th April presenting 8 parallel running stages with acts like Bebetta, Black Circle, CIOZ, Dan Drastic, Dana Ruh, Daniele Di Martino, Dorian Paic, Emanuel Satie, Florian Meindl, Indira Paganotto, Klaudia Gawlas, Matthias Tanzmann, Sven Tasnadi and many more. However, interactivity is not only offered by the direct exchange between users via video, but also by other tools to be discovered, such as a “Drink Taxi”, which for the time being in Berlin allows special drinks to be delivered to your home during the festival. 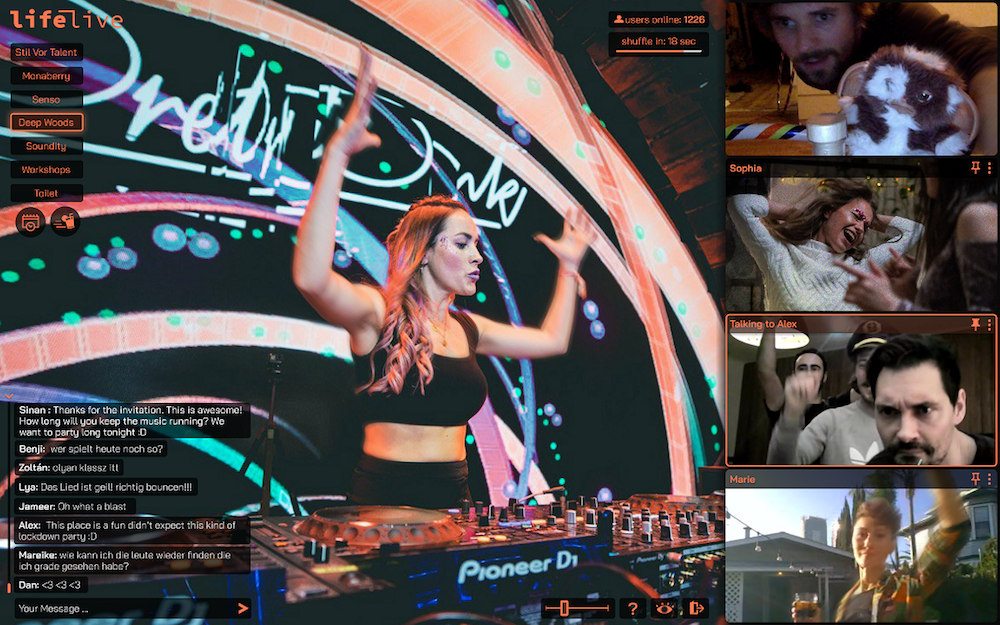 The digital interactive festival & club experience fuses with elements of analogue reality – celebrating, enjoying music and exchanging ideas from home and yet together with thousands of other ravers.

The festival can be seen exclusively on the streaming platform lifelive.io.

Glasgow’s SWG3 has announced the first Galvanizers Yard headliners for next Summer with The Snuts,…

Following on from 2022’s massive three-day Jubilee weekender, the tenth edition of the much-loved event…