Tickets are now on sale for MADE Festival 2020, the West Midlands’s biggest and best electronic music festival and celebration of street culture. To mark its 7th edition and an increase to 20,000 capacity at its impressive new home, Sandwell Valley Country Park, MADE has launched a massive line up. Mike Skinner a.k.a. The Streets heads back to home turf to headline at his biggest ever West Midlands show alongside a typically diverse and forward-thinking mix of drum & bass, house, disco, hip hop and bass music covering huge names and the brightest rising stars.

MADE Festival-goers are already planning their outfits to party at Sandwell Valley Country Park on the outskirts of the second city. Travel will be easy and well-catered for leaving an up-for-it crowd of 20,000 to focus on the music and festival fun.

MADE Festival continues to grow as it turns 7. Now easily the biggest festival in the region its status is underlined by the fact that this headline set will be the one and only date for The Streets in the West Midlands this year, adding to the home turf hype as Birmingham’s favourite son returns. 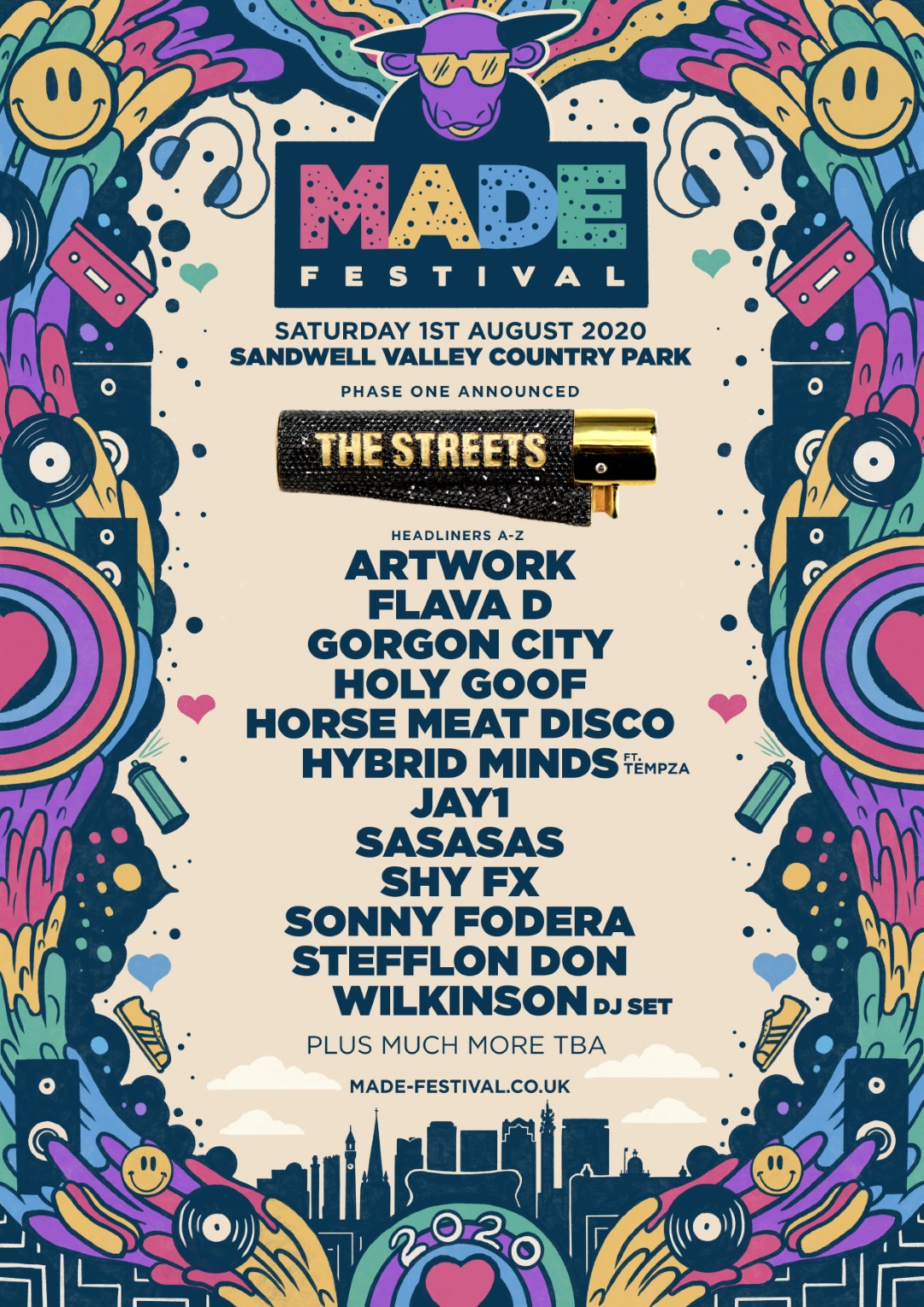 MADE Festival 2020 tickets are on sale now but after a massive sold out show in 2019 it feels like they won’t be available for long. 2020 marks a new chapter for the West Midlands’s most impressive music festival. Perry Park was commandeered for the Commonwealth Games but Sandwell Valley Country Park is a perfect new home for the best cross-genre electronic music and street culture from the region and further afield. MADE Festival 2020 promises to keep on getting bigger and better.