Following on from the previously announced headliners – Tame Impala (Saturday, May 23rd) and Kraftwerk (Friday, May 29th) – All Points East can reveal the latest headliner joining the bill is iconic Bristolian group Massive Attack, who will close out the opening weekend on Sunday, May 24th.

Joining Massive Attack is German producer and composer Nils Frahm. Nils’ unconventional yet distinctive approach to the piano, played contemplatively and intimately, and on a mesmerising scale through his vast stage shows, has seen him garner support from across the globe. 2018’s stunning album All Melody released via Erased Tapes showcased why he is held in such high regard – and followed this up last year with All Encores, a stripped-back, introspective sibling to the aforementioned LP. Nonetheless, it was another celebrated release, with Loud & Quiet stating, “this is no companion piece, but a thoughtful progression all its own.”

Young Fathers have a close relationship with headliners Massive Attack – having previously toured together and also collaborating on the track ‘Voodoo In My Blood’, off Massive Attack’s 2016 EP, Ritual Spirit. Like the headliners, their music is filled with political and humanitarian messages, most recently showcased on the critically acclaimed album Cocoa Sugar, which was named the Scottish Album of the Year. This will be a worldwide exclusive performance for 2020 – and their first UK date since their epic, sold-out Brixton Academy show back in December 2018.

Another artist who has worked closely with Massive Attack is Neneh Cherry. She was part of Massive Attack’s journey right at the start, featuring on their iconic debut LP, Blue Lines. More recently, Massive Attack’s 3D co-produced (alongside Four Tet) Neneh’s dubbed-out protest song, ‘Kong’, off her 2018 album, Broken Politics. Her debut album, Raw Like Sushi, recently celebrated its 30th anniversary, so expect to hear iconic hits like ‘Buffalo Stance’ and ‘Manchild’ amongst more contemporary numbers. 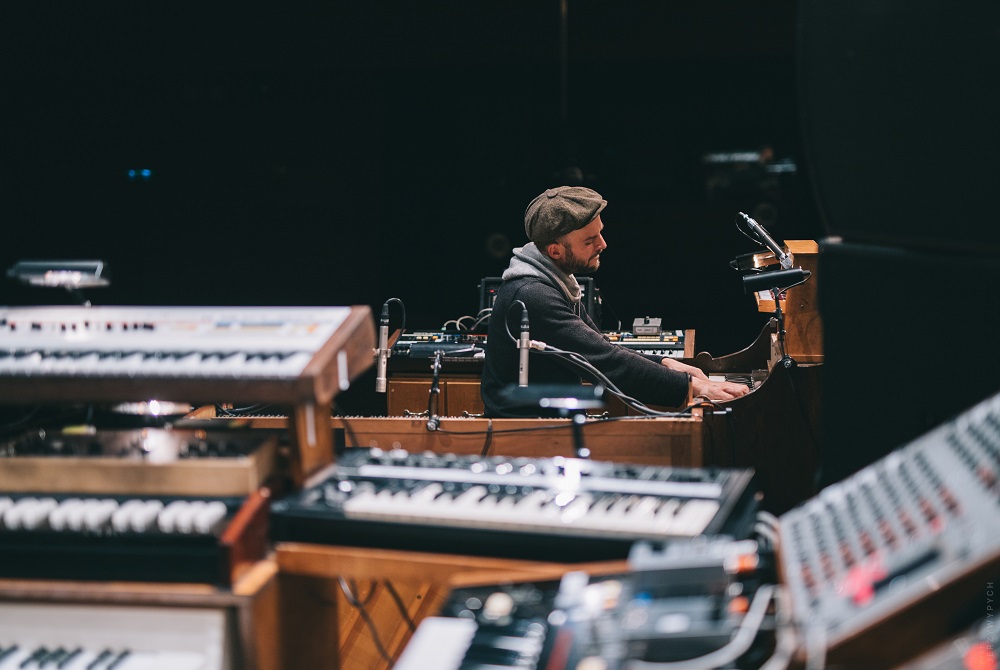 Also featuring is Sevdaliza, an autodidactic singer, songwriter, director and composer from Iran. Her music has been described as a fusion of trip-hop, experimental pop, and alternative R&B while incorporating influences from various other sources. Her debut full-length LP, ISON, perfectly showcased her eclectic sonic palette and was described by Pitchfork as “an album that gets under your skin and lingers in your thought”. Her first single for 2020 ‘Oh My God’ comes out this week, and expect more to drop in the buildup to the festival.

Gaika Tavares, better known simply as GAIKA, is a British artist and writer from South London, signed to Warp Records. Named “Britain’s most vital rapper” by Guardian, GAIKA combines his Jamaican and Grenadian heritage with a sonic blend of grime, dancehall, garage, hip hop and R&B. With harsh and urgent vocal flows roaring, he explores ideas on contemporary black British music and reinterprets the sounds of South London in a fearless and futuristic manner.

Skinny Pelembe is quickly become a festival-favourite, partly due to his relentless touring schedule combined with his dazzling musical prowess. It was Future Bubblers, a Gilles Peterson / Brownswood, Arts Council-supported programme for unsigned artists, that provided the platform for his rise. His debut LP Dreaming Is Dead Now came out last year via the aforementioned indie imprint, described by The Line of Best Fit as “purposefully flawed diamonds drawn from the world of soul and psychedelia.”

Hailing from Portsmouth and now based in South-London, Hotel Lux are part of an exciting and thriving post-punk scene bubbling away in London. Like fellow contemporaries Shame, Black MIDI and IDLES, their music encapsulates the gritty, raw and often bleak city surroundings, combining this with clever (and often humorous) wordplay. With their debut EP Barstool Preaching coming later this year, expect to hear a whole bunch of new music during their anticipated performance in Victoria Park.

A disciple of Lee “Scratch” Perry, Mad Professor was at the forefront of dub reggae’s second generation of talent. Simultaneously drawn to electronics and music, he grew up building radios, reverb units, and mixing boards. In his early twenties (1979), he opened a four-track studio from the living room of his South London apartment. Since this, he’s gone on to work alongside some of the most exciting and unpredictable names in music, such as Sade, The Beastie Boys, Depeche Mode and headliners Massive Attack – remixing their second LP No Protection in its entirety.

Last year, All Points East built on the success of year one, bringing huge headliners together with brand new artists, the hottest buzz acts on the planet, multi-genre innovators and the Victoria Park community, for 10 days of discovery.

The event gave first festival headlining opportunities to Christine And The Queens and Bring Me The Horizon, brought The Strokes to the UK for the first time in 4 years, celebrated Chemical Brothers’ new album and saw Mumford & Sons triumph before Bon Iver closed the festival, exclusively debuting two new tracks from his now released new album i,i. 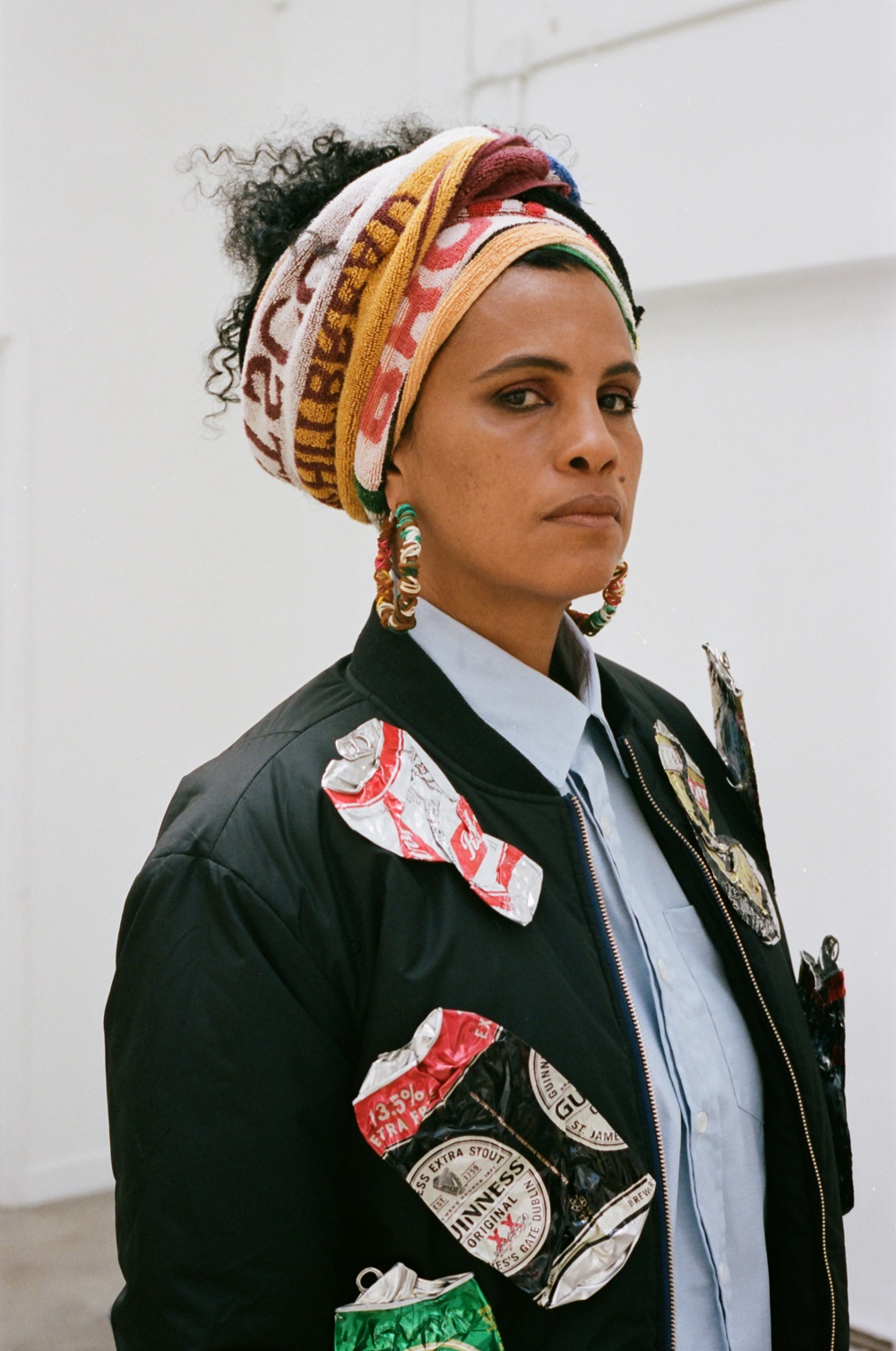 2018’s debut established this essential new event as one of the best festivals in the UK. Winning Festival Of The Year at the Music Week Awards, All Points East 2018 boasted headline sets from LCD Soundsystem, The xx, Björk, Catfish & The Bottlemen, The National and Nick Cave and the Bad Seeds.

East London’s beautiful Victoria Park in Tower Hamlets also hosts a hugely popular 4-day community focused midweek event each year. Kicking off on the second Bank Holiday Monday, In The Neighbourhood, in collaboration with Tower Hamlets Council, hosts a vibrant four-day programme of activities and entertainment, in collaboration with the local community, businesses, organisations and suppliers. Last year had something for everyone – eco-friendly creative workshops, free yoga sessions, street food, open-air movie nights, themed drag shows, film panels, an exploration of the history of grime music and East London with Rich Mix’s Generation Grime:Back2Bow. Everything is free and the 2020’s programme will be announced soon…..

A commitment to sustainability and accessibility goes hand in hand with the community elements and All Points East is proud to have been awarded Silver on Attitude is Everything’s Charter of Best Practice for our commitment to Deaf and disabled music fans.

All Points East continue to work each year with local charity the Tower Project to give volunteer opportunities to young people with learning disabilities and autism on-site at the festival, as well as providing education and performance opportunities to the students of nearby ELAM arts and music school. Committing to 100% renewable energy, working towards eliminating single-use plastic from all serve ware and programming upcycling workshops for children during In The Neighbourhood are further examples of the commitment to the local community and the park.

Local businesses are given opportunities to provide, food, drink, merchandise and more so that the local community benefits as much as possible… More information and tickets can be found here