Mihalis Safras is one of the most consistent and prolific electronic producers currently working in the scene. His music has been released on leading labels including Saved, Cajual, Repopulate Mars, Relief, 8bit, and of course his own label Material which he runs alongside Mark Broom. Consistently one of the most charted artists across both Beatport and Resident Advisor, Mihalis is arguably Greece’s most famous electronic export, and a world-renowned DJ and producer.

In the last few years, Mihalis has built an incredible bond with one of techno’s true legends, Green Velvet. His most recent release, ‘Microwave’ marked the sixth collaboration between the two artists. Add to that upcoming outings on Sola, Relief and more, and it’s fair to say that Mihalis is having an exceptional run of form of late.

Decoded Magazine grabbed a few moments with Mihalis to talk about his music, working with Green Velvet, and discussions about mental health in the electronic music scene. When we spoke Mihalis had just completed a US tour which he was clearly still buzzing about, but we soon got down to the music chat. I asked Mihalis about his label Material and how he met Mark Broom…  “It’s been over a decade since we started the label. Mark Broom is one of the oldest friends I have in this business and still one of the best. We decided to start a vinyl label back in the day as he is a vinyl lover and so am I, so we started the first releases with me and him on coloured wax. One thing led to another and here we are, older and a little bit wiser.” I went on to ask Mihalis about some of his favourite releases on the label… “We have so far over 150 release so it’s really hard to decide. I remember that a Format B release was a huge success a few years back. Most of our vinyl was played by Sven Vath and the big techno DJs. But if I had to pick one would be – our first ever release, ‘Memories’.

Moving forward to Mihalis’ latest release, ‘Microwave’, I asked him to tell us a little about the track and the collab with Green Velvet which is available now in the usual places… “Microwave was named after the vocals that are on the track. The concept is that a superhero called ‘Microwave is here to the rescue’… micro micro microwave! And then you have the superhero synth! I’m very happy that this is my sixth collaboration with Green Velvet and already working on the seventh… more on that soon.” You can listen to the track below:

“For me, he (Green Velvet) is a real brother, mentor, and most of all, a true friend. Expect much more from us in the future, we just got started.”

Besides working with the man with the green hair, Mihalis has released music on labels including Saved, Cajual, Repopulate Mars, and Relief. I asked the man what his secret was… “There is no secret: I do what I do for more than 15 years and that says it all. Loving music is of course key and being consistent help, but honestly, I do not care much for chart positions, what I care more is for myself to enjoy listening to my own beats.” Great words I am sure many of the young producers our there could do well listening to! I asked him what advice he would give to those looking to forge a career as an electronic music producer… “Never lose faith in your abilities! Keep working and thing will happen.”

We moved onto the subject of his studio and I asked Mihalis what some of his favourite gear is when locked away in his music cave… “I work only with Ableton Live and my favourite Bass Station 2. If the AKAI Xl2000 was smaller I would take it with me.”

Whilst on the subject of production I thought I would get a little political and ask Mihalis what his thoughts on the level of production at present. With so many young producers out there and the barriers to producing at an all-time low do you feel it has had a negative impact on the quality of dance music production?

“Everything is life has the pros and cons. Having so many people producing means that ones of them are going to be the next Kraftwerk! I love that teenagers can now produce at home and I still love that there are so many tunes out. That means that the real quality ones will be easily recognised. So I always try to see the positive side of things.”

I went on to ask Mihalis if he feels the underground scene has been flooded with average music due to the number of producers out there… “Yes, that is true. It has, it seems it has lost that appealing glow that used to have. But as I said, that means that after a storm comes the sun… we will go into a new era soon I’m sure.” 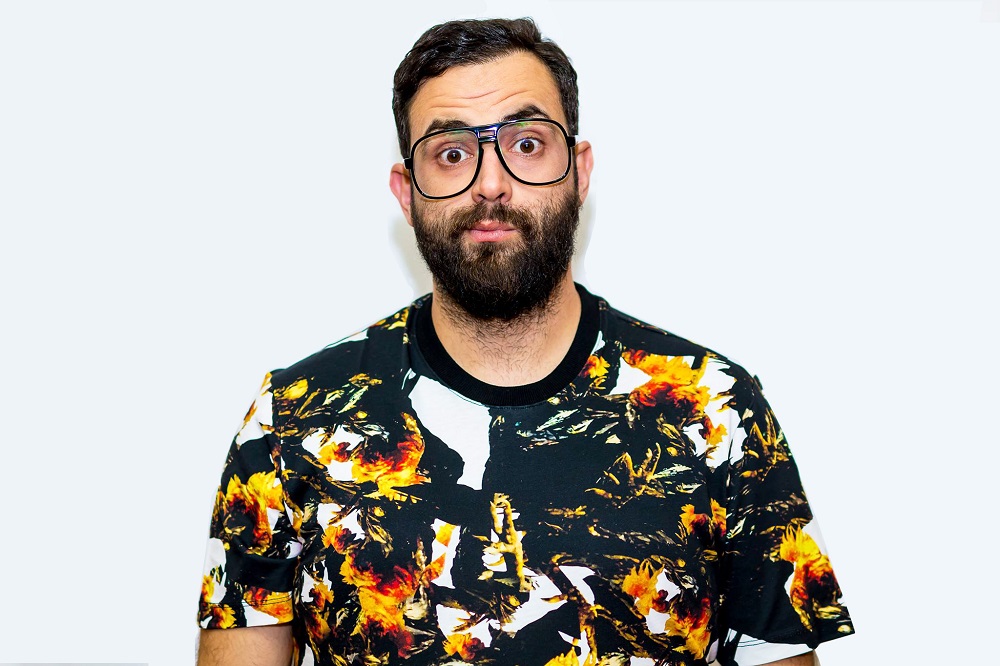 We all know social media can be a curse at the best of times especially when people jump on bandwagons with little or no facts. I asked Mihalis what his thoughts were on social media and how it is influencing the dance music world…

“Social media is a way to promote what we do but honestly it starts to transform from a tool into a knife that can hurt people, artist, etc etc. I do not give so much attention to it. Again, what matters is music and only that. People are not stupid and they can judge sooner or later based on the music and not the image anyone builds.”

As I am sure many of you are aware mental health is a very hot topic within the scene at present, and so it should be. Let’s face it (whether you like it or not) us blokes are not very good at talking about our issues. I asked Mihalis his thoughts on this topic and why he feels it is such a big issue in the scene… “That is a huge topic. So many people that work in our scene struggle with it. Most of them want to have fame and glory as fast possible, and they do whatever they can to be in the spotlight. The good thing is, that spotlight soon is over and the ‘real’ guys will keep going. That creates a very competitive atmosphere that has affects people’s mentality. If you add on top the fake news and every other negative thing that can be inside of each producer’s head then that creates an atomic bomb. I think the key is to grow your spirituality and put things where they belong.”

I went on to ask Mihalis how he feels the industry can support artists with mental health issues… “I do not know, all I know is that we need to have more interviews like this, that go deeper into this subject so anyone can share their inner thoughts. The industry must be more human and we all have to realise that money and fame are not everything in life. Keeping your mentality is hard in this business but we all have ears and mouths, so if we use them, then things will be better.”

Thinking about spirituality and keeping stress levels low I asked Mihalis how he likes to unwind after a gig or a long stint in the studio… “Good one, as after hitting a show I always spend next days in the studio! Gives me power and inspiration. That of course combined with good souvlaki haha.” Something I would wholeheartedly agree on there!!!

Moving onto the mix Mihalis kindly compiled for Decoded Magazine, I asked him to tell us a little about the mix… “I compiled the mix with some of my upcoming productions. 2019 will be a huge year and I’m happy that the last 2 years I’m considered one of the top tech house acts. So I really hope you like my set for you guys.”

Finally, I went on to ask Mihalis if there was anything else he wanted to divulge before we parted ways… “In terms of events, I am getting ready for my 3rd Tour of South America (Colombia, Argentina, Chile, Uruguay) and of course some Ibiza dates as per usual. Music wise, I have like a lot to release, from Relief to Sola and from a new collaboration with Yousef, to 3 new collabs with Green Velvet. I also have something that is huge that I can’t reveal until September.”

I would like to thank Mihalis Safras for a great chat, and a superb mix. We hope you enjoy both!