Native Instruments kicks off its 25th anniversary celebrations. To mark the occasion, NI is releasing limited-edition Ultraviolet and Vapor Gray versions of six of its most popular instruments and controllers, alongside a new, free instrument, TWENTY FIVE.

The 25th Anniversary Collection reimagines iconic KOMPLETE, MASCHINE, and TRAKTOR hardware in a choice of either Vapor Gray or Ultraviolet colorways. The striking, monochromatic designs extend to every detail of these instruments and controllers, each of which have been hand-numbered and accented with reflective graphics commemorating NI’s anniversary. The full range encompasses MASCHINE+, MASCHINE Mk3, KOMPLETE KONTROL S49/S61, TRAKTOR KONTROL S4, and TRAKTOR KONTROL X1.

TWENTY FIVE is a new, free instrument for KONTAKT 6 and the free KONTAKT 6 PLAYER. It allows users to sculpt entirely new sounds from combinations of classic presets taken from 37 different instruments across NI’s history. From modern flagship synthesizers, to timeless KONTAKT pianos, and hidden gems from the REAKTOR and GENERATOR archives, TWENTY FIVE is a time capsule of NI’s contributions to digital music making over the past quarter century. As part of the KONTAKT Play Series, TWENTY FIVE comes mapped with intuitive macro controls, powerful FX, and a built-in sequencer. 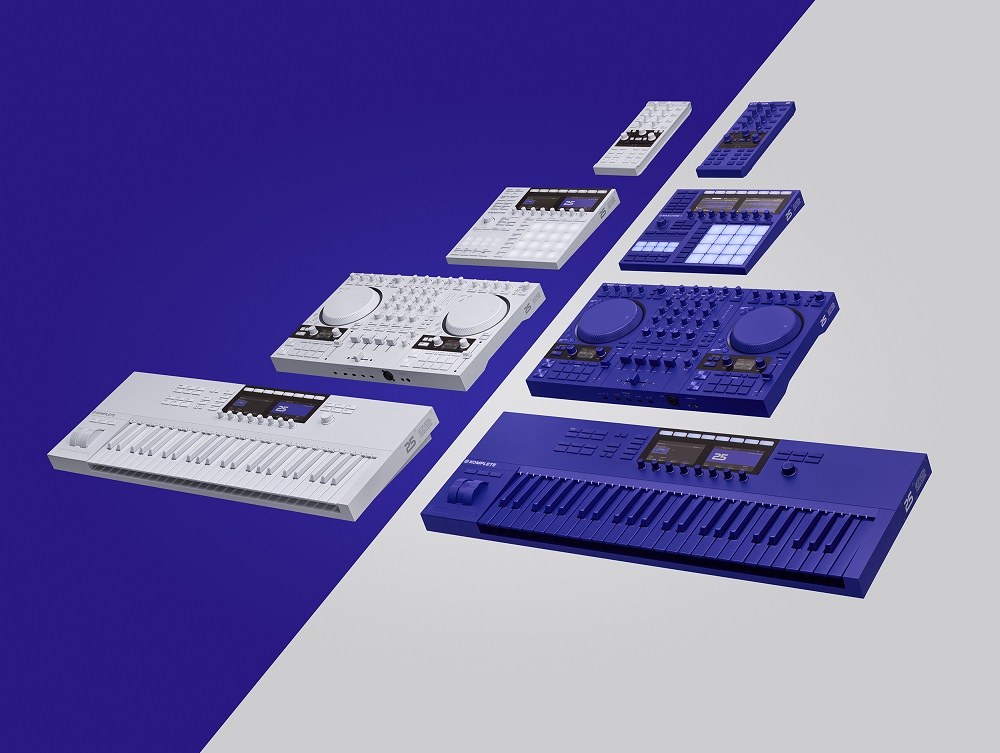 Says Constantin Köhncke, Native Instruments CEO, “We’re extremely proud of what we have accomplished over the past 25 years. None of this would have been possible without the dedication, passion, and ingenuity of every member of the NI team, both past and present, and – most importantly – our community of creators who have used our products and innovations to create countless contributions to music culture. Their amazing output keeps us inspired every day, and will for the next 25 years.”

“Of course, we couldn’t have achieved what we have without the continued support of the creators who use our products on a daily basis.” adds NI’s Chief Product Officer & President Robert Linke. “TWENTY FIVE is a small token of our appreciation, and we hope this sonic time capsule will help inspire a new generation of creators as they define the sound of the next 25 years.”

Native Instruments is also holding a global producer challenge on its metapop platform, inviting artists to make a track with TWENTY FIVE. A range of NI prizes is up for grabs, with winning entries receiving limited-edition hardware

Check out the video introducing TWENTY FIVE, a KONTAKT Play Series instrument, below:

The 25th Anniversary Collection is available now from the NI Online Shop. Prices remain the same as the equivalent standard editions.

Ableton is offering 25% off all software from now until Tuesday, June 14. This limited-time…