Representing Nyege Nyege for their annual No Bounds Showcase will be the world premiere of Rian Treanor’s collaboration with Ocen, due out via Nyege Nyege in 2023 as well as a DJ set from De Schuurman.

No Bounds is excited to present a new format for its “Closing Sequence” by showcasing two of its main events on Sunday; Mark Fell curates work from Beatrice Dillon, Nakul Krushnamurthy plus more TBA to be performed by the Explore Ensemble Live at Sheffield Cathedral, as well as a live performance by the regions hottest synth-wave band Working Men’s Club with support by Sheffield legends Winston Hazel, Pipes and DJ’s who contributed to the band’s latest Steel City remix EP.

For only the second time ever access has been granted access to the iconic brutalist site of the Moore Street Electricity Substation. It will form one of two venues used by curator Amy Carter Gordon housing a new piece by David Cotterell & Shelly Knotts titled “God’s Eye View IV- (Conflict)” exploring the anthropomorphizing of data.

Lise Autogena x Joshua Portway’s piece (196.85 ml/h) explores the idea of a ‘slow panic room’. Their installation responds to the architecture/volume of the space it is in and the urgent climate issue of our time by filling the space with dripping water at the same rate the sea levels are rising (calculated at a rate defined by the volume of the space in relation to global sea level rising). Noeme Soula’s “Mythical Living Data” explores the possible futures of data transmission. Specifically, how it could be carried and expressed in human DNA.

Alongside the electrical substation, No Bounds adds DIY venue Delicious Clam alongside the previously announced DINA, facilitating workshops, talks and adding more room to showcase some of the region’s best live alternative bands from Kalter to South Yorkshire Mick Hucknall.

Another venue to add, further developing the environmental and wellbeing strand of the program is J G Graves Woodland Discovery Centre: Hector’s House where Sheffield artist and organic farmer Mikk Murray will be exhibiting new work and delivering art workshops. Attendees can take a break from the city centre and head to this beautiful location for a woodland stroll and check out some of Mikk’s environmentally conscious new commissioned works.

No Bounds wellness program favourites including Debbie Chia’s brilliant ‘Light and Sound Bath’ sessions on the Sheffield-made Pandora Star, and Vinyasa flow Drone Yoga with Sarah Cotton will be returning this year.

As a part of the No Bounds discourse program Velocity Press publisher Colin Steven and author Jim Ottewill will be in conversation to celebrate the launch of their book, ‘Out of Space | How UK Cities Shaped Rave Culture.’ The pair will discuss the book’s themes and whether there is still room for nightclubs and rave culture to thrive in UK towns and cities, as well as the importance of literature’s role in celebrating and showcasing different stories within contemporary electronic music culture.

More to be announced with the final touches in Phase 3 which is due around September time.

Tickets for the event are available HERE. 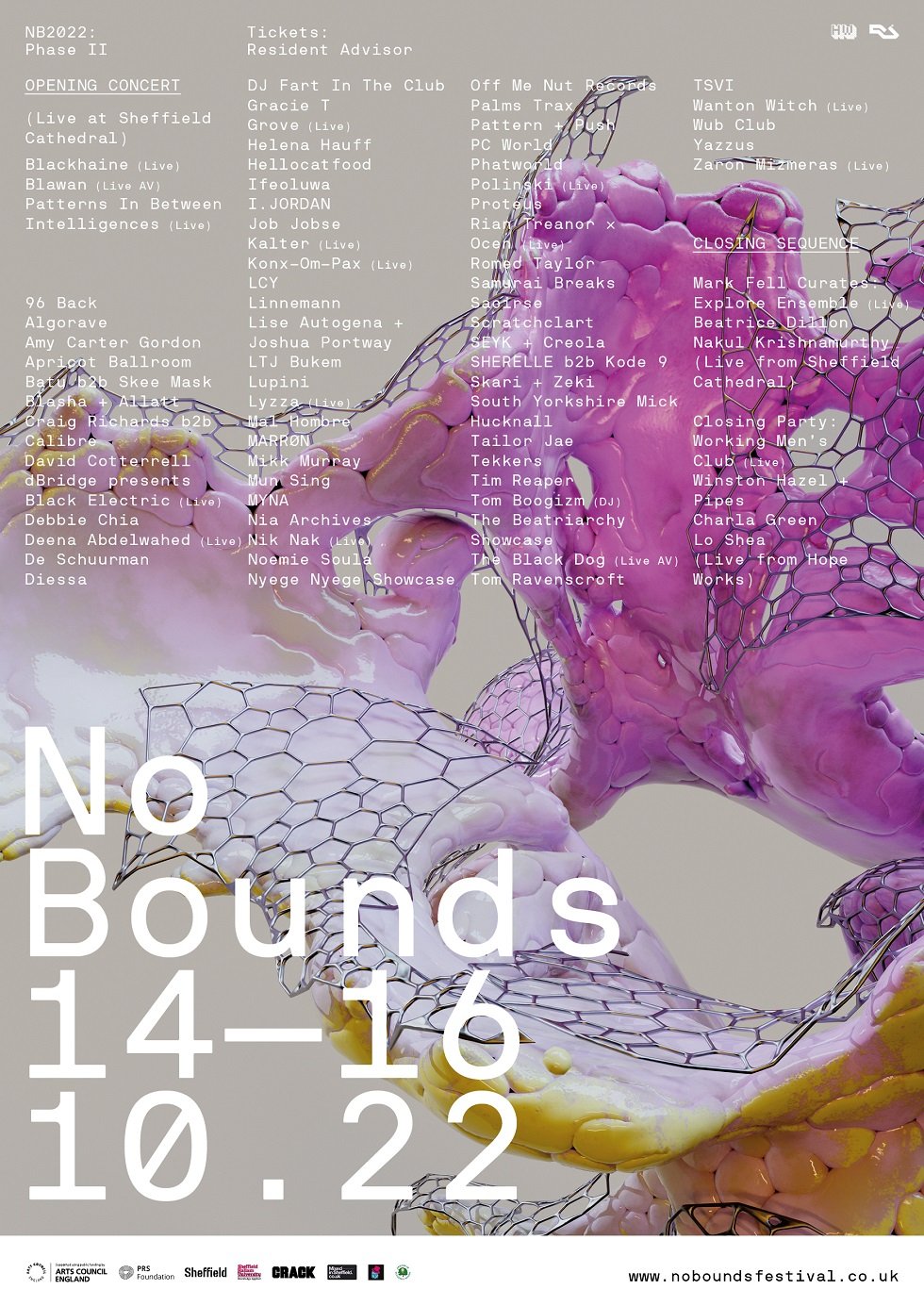 Michael Kill CEO NTIA Says: “I am not sure the Home Secretary is completely aware…