The Midwest has a storied history when it comes to techno. Everyone knows about the early days of Detroit and Chicago techno, but fewer people are aware of the important role other Midwest cities like Milwaukee and Indianapolis played in making the region synonymous with the genre with their unique, punk/DIY take on raves. One of the key figures in the fabled 90s Midwest rave scene was Noncompliant (formerly DJ Shiva), who was raised in small town Indiana on a musical diet of 80s synth pop and punk rock. She soon found barnyard raves and warehouse techno parties and quickly became a fixture of the scene.

Two decades and a name change later, she is at the top of her techno game. Mixmag named her one of 2017’s Top 20 Breakthrough DJs thanks to amazing performances at the likes of Berghain, Concrete, and Smartbar, and incredible mixes for Slam Radio, Discwoman, and Resident Advisor. Her festival appearances include Unsound, Red Bull Music Festival Paris, Movement Detroit, and Whole United Queer Festival. 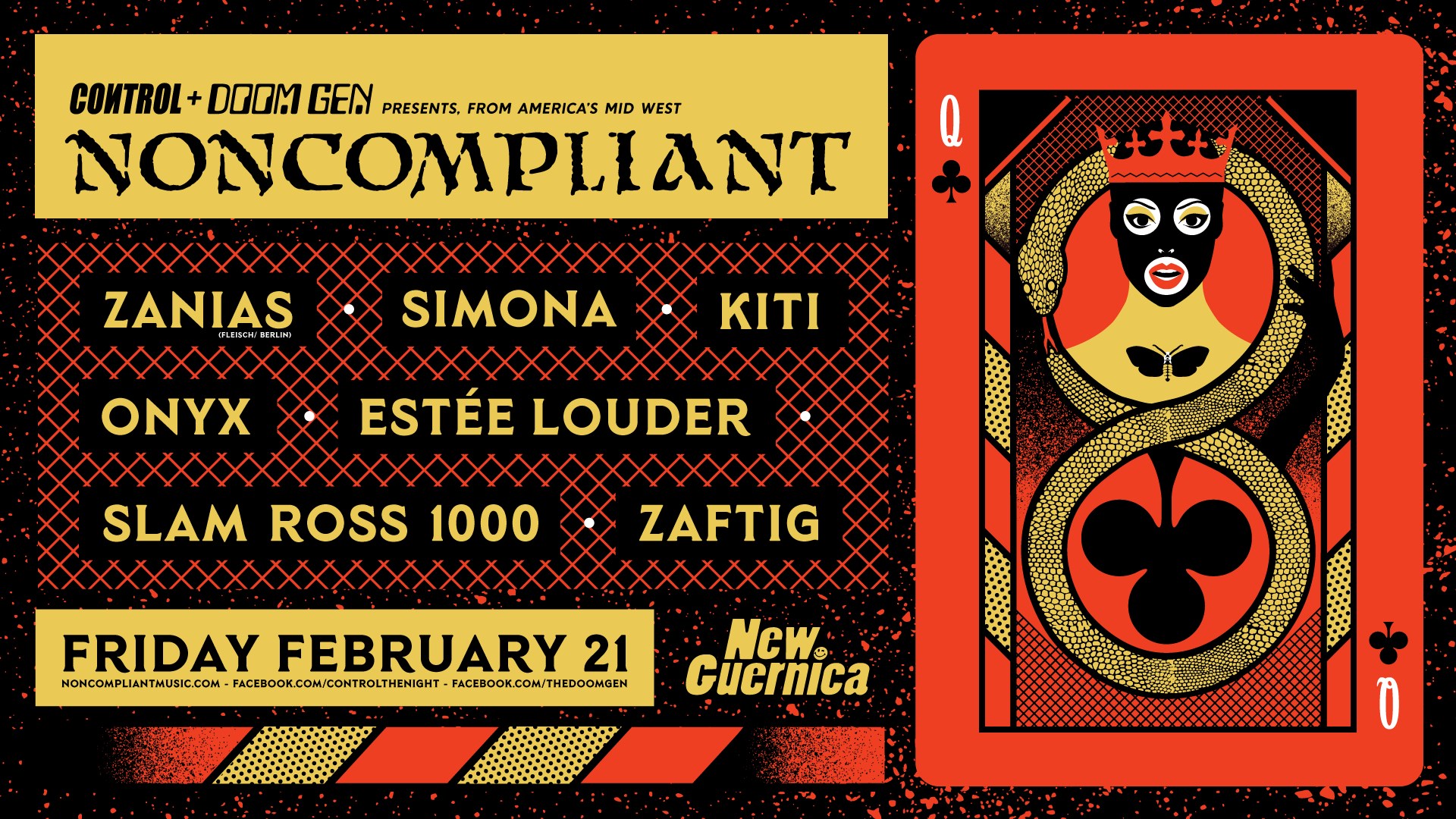 As a producer, her releases and remixes on labels like Valence, Argot, Flash, and Dark Entries have pounded sound systems worldwide, with her tune “Women’s Work” landing on Fiedel’s official Berghain 08 mix and on his label Fiedeltwo.

Now, for the first time ever, Noncompliant will be touring Australia thanks to Control, who are hosting shows with her in Melbourne (in tandem with Doom Gen) and Sydney. Expected quintessential Midwest techno: hard-edge and energetic, but with an undeniable strain of funk.

Catch Noncompliant in Australia during February:

Return To Mono, Slam’s monthly residency and a staple of the Glasgow scene announces its…