For the fourth year in a row live music takes centre stage within the Amsterdam Dance Event. Paradiso and Melkweg join forces once again for ADE LIVE: a two-day festival where fans and professionals alike honor the newest electronic live-acts as well as the household names. ADE LIVE will take place on Wednesday the 16th at Paradiso and Thursday the 17th of October at Melkweg.

In just a few years ADE LIVE has grown into a vital part of Amsterdam Dance Event. In previous editions it featured behemoths like Fatima Yamaha, Hercules & Love Affair and Roísín Murphy next to upcoming talent as Marie Davidson & Phlake who have now gone onto to be successful in their own right, showing that electronic live music deserves a prominent spot on the ADE menu.

This year it’s up to the compelling grandmaster of electronica Apparat to lead the festival. And with surprises like the Belgian leftfield pop singer Charlotte Adigéry or the laidback vibes of Catching Flies there’s plenty to discover again! 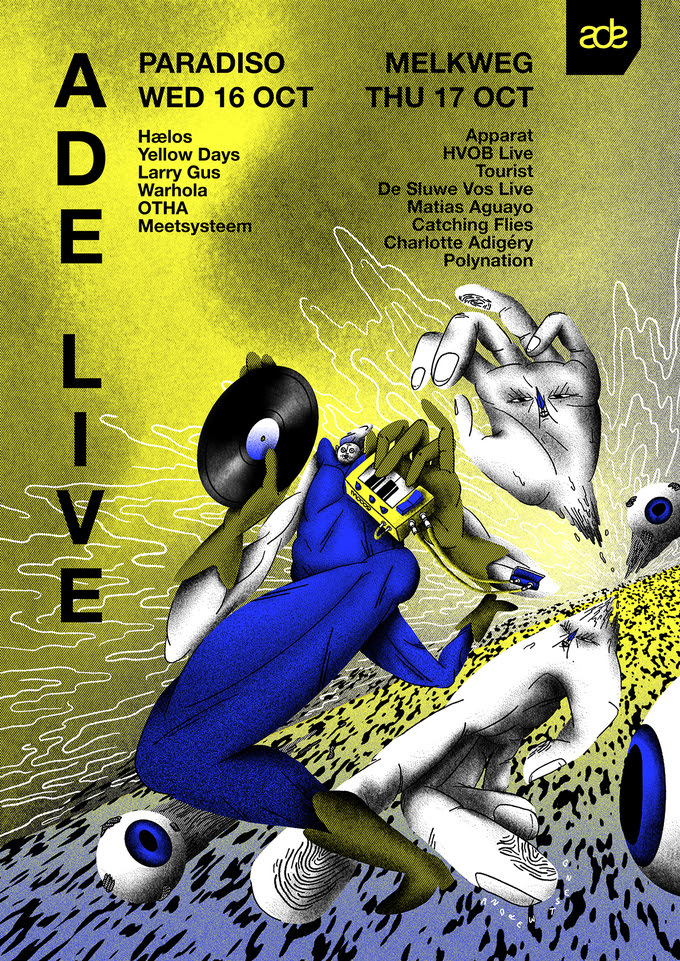 The full line-up is listed below:

Tickets for both nights are available through the ADE site. Just like last year there is a two-day festival ticket which grants access to the full ADE LIVE program.

The Amsterdam Dance Event is the leading platform for electronic music culture and innovation, attracting thousands of industry delegates and music enthusiasts from around the world. ADE takes place from the 16th to the 20th October. For tickets, more information about ADE and an overview of announced artists: a-d-e.nl