Originally released as part of the 2018 LP ‘Parts of Life’, the celebrated German live electronic artist Paul Kalkbrenner today releases the music video for album track, ‘Part Twelve’. With eight studio albums to his name, countless performances at the world’s most sought-after clubs and festivals, Paul Kalkbrenner is an artist who has consistently remained at the forefront of electronic music. Crossing over from the underground to also achieve mainstream success, Paul Kalkbrenner notably composed the soundtrack to Hannes Stoeh’s feature-length film ‘Berlin Calling’. The German cult film rose in popularity seeing Kalkbrenner’s soundtrack go Platinum with standout single, ‘Sky and Sand’ spending over one hundred and twenty-one weeks in the German singles charts, marking a German record.

“Music videos can be tricky. They sometimes can ruin the spirit of a song with the wrong images. I was intrigued with this project from the beginning, especially as ‘Part Twelve’ was never a contender for a video. Taisia certainly gave the song a new level.” – Paul Kalkbrenner

Collaborating with the Kyiv based production house Radioaktive Film, whose projects have gained global accolades at major film festivals including Cannes Lions, MTV Music Video Awards, EPICA Awards, along with being awarded the 2018 ‘Best Service Production Company of the World’ at the SHOT’s awards. Radioaktive Film is also the production house behind HBO/Sky’s critically acclaimed TV mini-series ‘Chernobyl’. One of 2019’s standout series, ‘Chernobyl’ received nineteen nominations at the 71st Primetime Emmy Awards, winning three awards for ‘Outstanding Limited Series’, ‘Outstanding Directing’, and ‘Outstanding Writing’, along with ranking as the fourth-highest rated TV series via the online entertainment platform, IMDB.

Written and directed by the Russian born female director Taisia Deeva, whose arthouse short productions have won awards at several international film festivals across Spain, Australia, Russia and Italy, ‘Part Twelve’ focuses around the life of a patriarchal and totalitarian community living in an isolated place after the death of the oldest man, their leader. Whilst all the male members are allowed to leave and progress with life, the female members commit collective suicide in order to join their leader in the afterlife.

“I am a big fan of Paul Kalkbrenner’s music. The first time I heard ‘Part Twelve’, it made me literally feel like life was flowing through my body. Sparks of ecstasy. A stabbing feeling of regret. The story then started to unfold in my head.” – Taisia Deeva

With Paul Kalkbrenner’s ‘Paul Twelve’ available to watch now, the project has already picked up support from tastemaker and digital video platform NOWNESS.

“Besides my surroundings, I think the most influential aspects of my art is imagination, spirituality, and psychedelia” – Öona Dahl 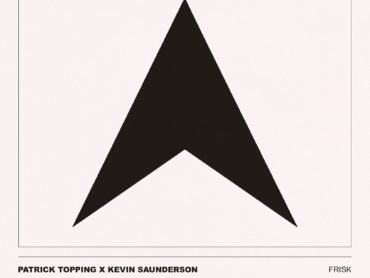 ﻿ Kevin Saunderson prepares to kick off the 2020 KMS calendar strong, dropping a collaboration with one. Continue reading