The Next Billion Years is an album which, at its core, asks what the future might look like. The album’s story is marked by a serendipitous happening as Robot found a tape with a mysterious recording by the late explorer, Jack-Yves Cousteau on it, where he prophesied about the future of our planet and species. But different from Cousteau’s verbal meanderings, Robot’s exploration is sonic – he worked with the famed conductor Kristjan Järvi for this album, yielding poignant and touching tracks. The theme of the album is, incidentally, so relevant to the times we live in right now. All of a sudden, looking towards “the next billion years” is not such an absurd contemplation as more and more of us find ourselves with the time and motive to ask some big questions now.

The album’s latest single, All Forms Are Unstable, mixes Robot’s futuristic electronic soundscapes and the highly emotional strings of the Baltic Sea Philharmonics. The resulting track is both powerful and poignantly relevant to our times.

“Music is a means to allow a higher consciousness to enter. everything is energy, everything has a frequency and with music we can connect and raise our frequency in a way we would not be able to do with the limitations of the mind.” – Robot Koch.

The Next Billion Years is out on May 29th via Modern Recordings / BMG label.
Get the album here. 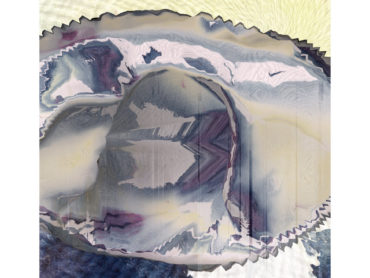