First created in 1983, Arad’s Concrete Stereo is an iconic example of post-industrial aesthetics. Approximately ten stereos were produced of which five are today retained in major international museum collections. With the realisation of electronics that were so small, they no longer dictated the form of their housing, the production of home audio equipment became feasible, particularly as the parts could be bought as readymade elements. Arad chose concrete as the medium for this apocalyptic hi-fi, as a way of underlining its architectural character or to achieve a science-fiction look.

In retrospect, the Concrete Stereo offers lucid resonance to the social, political and artistic environment in which it was created. Arriving in London as a student at the Architectural Association, the time-worn personality of the city appealed to Arad, who observed “Part of the attraction of coming to London in the 1970s was seeing part-demolished buildings. You could still see bomb sites and re-developments with half-flattened houses revealing old wallpaper and fireplaces stacked one about the other”. Although social unease remained a contrasting feature of Britain throughout the 1980s, financial deregulation soon generated rapid wealth for Britain’s banking and financial industries, which began to trickle to many in London’s professional classes. An almost immediate consequence of the new wealth now available to the fortunate was the rise of the consumer object, especially audio equipment, as a status symbol. 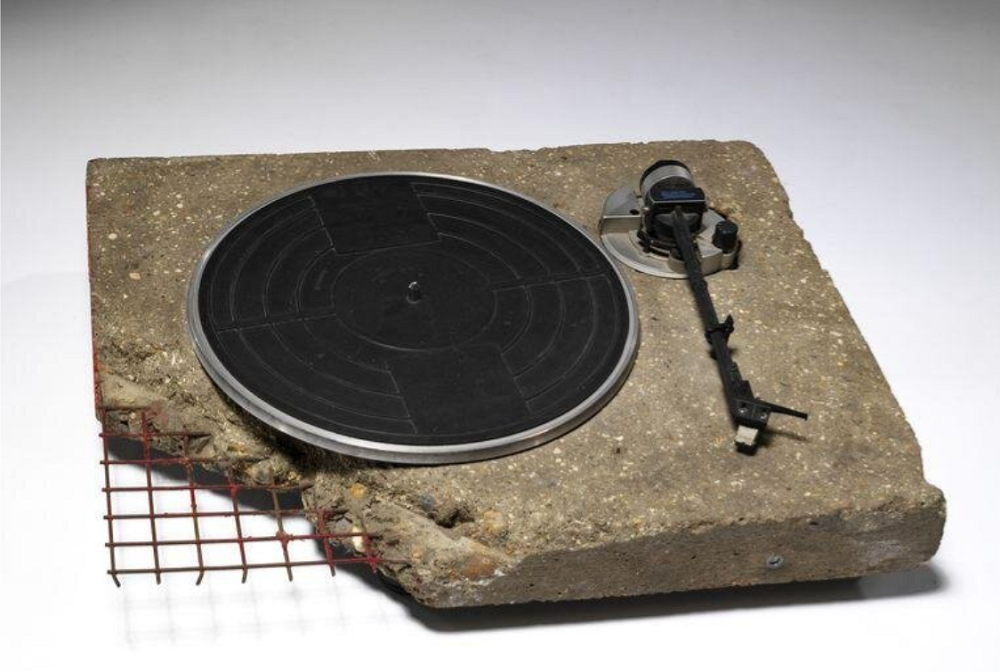 Dispensing with the sleek casings preferred by commercial manufacturers, Arad dismantled and isolated the components, some battered and apparently useless, sewn, partially-submerged and congealed within quick-drying concrete to subvert any suggestion of effective performance.

The Concrete Stereo is amongst Arad’s most eloquent designs, and must certainly be assessed as one of the most important and knowledgable works, by any creator, of this turbulent and contradictory era. 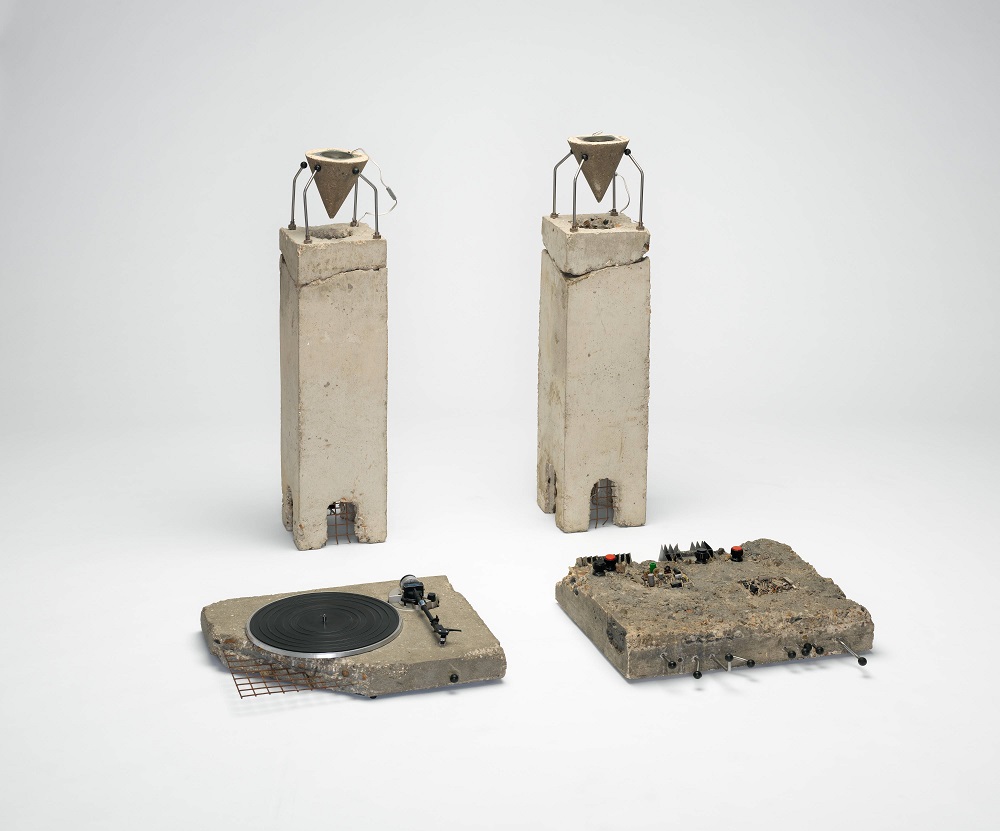 You can find out more about the piece on the Victoria and Albert Museum webste.

The worlds of taste and sound aren’t often linked or otherwise entwined, but today’s release…