Sébastien Léger is an artist that continues to make his mark on the global dance community after over 20 years with his distinctive thought-provoking sounds and moving DJ sets. With his emphasis on hands-on, innovative modular production, his beautifully crafted productions have enabled him to make some of the most standout records on labels including Lost & Found, and All Day I Dream. Sébastien launched his own label, Lost Miracle back in 2019 and he is set to release the fourth release on the label, ‘Where The Heart Is’ by Shai T. During this crazy time I grabbed a little time with Sébastien to talk about his sound, unique production methods, and his Lost Miracle label.

When I spoke with Sébastien he was answering a few emails and feeding his dogs… for those of you out there that follow Sébastien you will know his a big dog lover. I asked Sébastien what was it that got him hooked on electronic music? “It was dance music with hits like Lil Louis ‘FrenchKiss’, Technotronic ‘Pump Up The Jam’ or Black Box, ‘Ride on time’. I was probably 9 or 10 years old watching those tunes at the top 50 from France on TV”. Certainly, some tracks I am sure a fair few of us can relate to and tracks many of us still love to this day!

Over the years the sound of Sébastien Leger has evolved into what is now a very distinct sound, and may I say, a sound he has become very at ease with. I asked Sébastien what some of the biggest influences have been in the development of his sound over the years… “My own mistakes over the years have been my biggest influence. This might be a strange answer, but I’ve learned a lot from myself, and I especially learned that being influenced too much won’t take you anywhere but just being a follower. I do not listen to music at all on a daily basis. Except for the tracks that I dig online to play them out as a DJ. I’m just obsessed with good grooves and melodies, I’m a disco, funk and in general black music fan. I need soul in what I do, hear and play”.

“I want to be ahead of my own game, being creative and not following a specific trend.”

For those of you who follow Sébastien Leger, you will be aware of his sublime looking and sounding modular setup he uses to produce his music (as well as new live jam sessions he is running over Facebook). I asked Sébastien how long it took him to get the setup he uses today? “The set up I have right now is a collection of modules that took me (only) 4 years to get. It got out of control, and very happy that it did as it simply helped me to create better and unlock my creativity where it was a bit stuck a few years ago. It has been a game-changer for me”. I went on to ask Sébastien if it was his goal to move to a modular setup and Sébastien answered, “it wasn’t planned at all. I knew nothing about modular synthesisers 5 years ago. I had a strong knowledge with “normal” synths in general, and I knew my basics subtractive synthesis at that time, enough to make good sounds from scratch. I just got into it a bit randomly with Instagram, having my timeline feed with lots of very attractive system and sounds, I got really curious and started with a very small system, which got out of hand very quickly”. 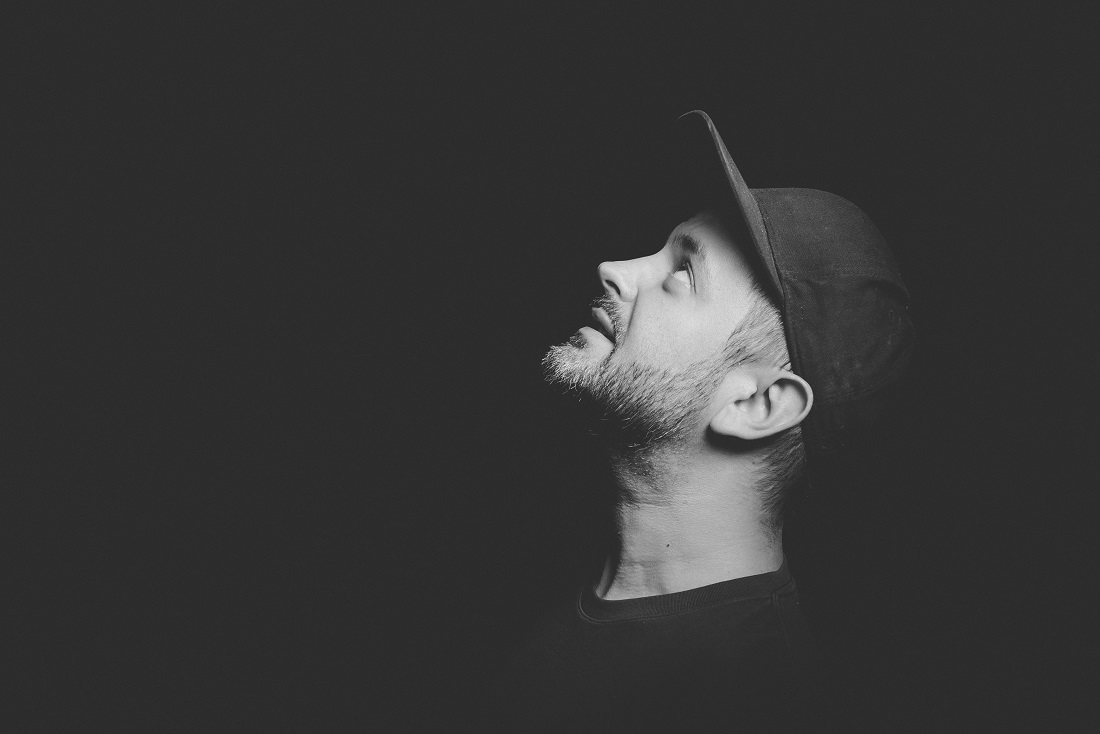 There is no doubt Sébastien’s sound has evolved over the years so I asked him how his studio has evolved… “I started 100% hardware, there was NO computer in my studio still 2007 which means every single track I have released from 98 till 2007 has been made only with hardware, drum machines, external FX, analog, and digital mixers and synth. Then Ableton came into my life out of nowhere, which was a game-changer for me and totally opened a huge world of new possibilities and especially the total recall, which wasn’t possible with only hardware studio. But I kept my synths and combined them with Ableton, I simply couldn’t go to all in the box, I’d still need a real instrument to interact with. Now it’s a healthy mixture of hardware (synths and modular) combined Ableton for the mixing/ sequencing part, using very few plugins, 95% are Ableton’s stock plugins”

Moving onto Sébastien’s productions, he recently released his ‘Secrets’ EP n Lee Burridge’s All Day I Dream and what a truly stunning release it is. I asked Sébastien to talk through the release, the thought process behind the EP, and his thoughts on how it has been received by the electronic music fraternity… “There are 3 tracks on the EP, the main one called ‘Ashes in the wind’ is born by a jam I recorded my modular system a year ago, without any drums, just the main bass/lead you can hear during the whole track. I recorded maybe 10/15 minutes of it, with manual filter, chord changes etc… then once I got enough material, Started to cut and edit the parts I wanted, built a beat, extra synth around, and that’s it! My way of making music is fast, simple. I don’t like to spend more than 2 days on a track. If you spend more than that, it’s just not a good track, you lose the feel, the spontaneity. The second track called ‘Menabelle’ has been created right after my hit track ‘Lanarka’ it got the same techniques that I used (discovered by mistake). This is typically the type of track that I born completely by accident, which is in my opinion, the best way to make music. The last tune, ‘Secret’ is actually the oldest of all, maybe 2 years old now for me, but it’s one of that track that you like so much, but never really have the chance to release it, because it is not the most obvious one, but is very special to me. A 50/50 mixture of analog synth and Ableton”.

I asked Sébastien, what can we expect from him over the coming months and his response will certainly get fans of his music rather excited, I know I was…”Something very new for me, I opened myself a bit more and started to collab’ with producers friends that I highly respect and like their music. You can expect some stuff made with Tim Green, and once again with Roy Rosenfeld. But that will be in a couple of months”.

Sébastien’s Lost Miracle label is currently on release number three (soon to be four) which was a superb release by Khen. Sébastien is clearly a big supporter of Khen’s work so I asked Sébastien what was about the music he liked and why does his sound fit Sébastien’s label so well… “Khen, Roy (Rosenfeld), Eli Nissan, they are all from Tel Aviv and all friends with each other. There is a very specific type of sound coming out from there, but what stands out the most for me is that they keep this very melodic sound but with a very good groove, it stays quite funky. It’s not something only pure progressive, a type of sound which I’m not very familiar with, as it is not my background at all. If it’s too much cold electronic, I just disconnect immediately”.

Whilst discussing Sébastien’s label I asked what he looks for in new artists? What would grab his attention? “I need to be surprised. I received a lot of demos in the past few months, and they were either completely off-topic or forced. For example, I receive a lot of tracks with a strong “Arabic” vibe in it. Just because I like and play some of it, doesn’t mean Lost Miracle is a label looking for this genre only. I want to hear something that stands out, but the sound design, the groove, the melody, the overall vibe”.

“I like my stuff being either groovy or melodic or both. So any cold straight aggressive music will go to trash immediately. Being original is key.”

I asked Sébastien, what was the main reason he wanted to start his Lost Miracle label? I have had labels in the past but this was the time for me to start a new adventure, as I am more mature in my taste, sound and vision. I don’t want to release too many EPs and on too many different labels. I’m focussing only on Lost Miracle and All Day I Dream for now. I want to keep this tight and family like. I just wanted to be free to release different things that I wouldn’t be able to release somewhere else too”. 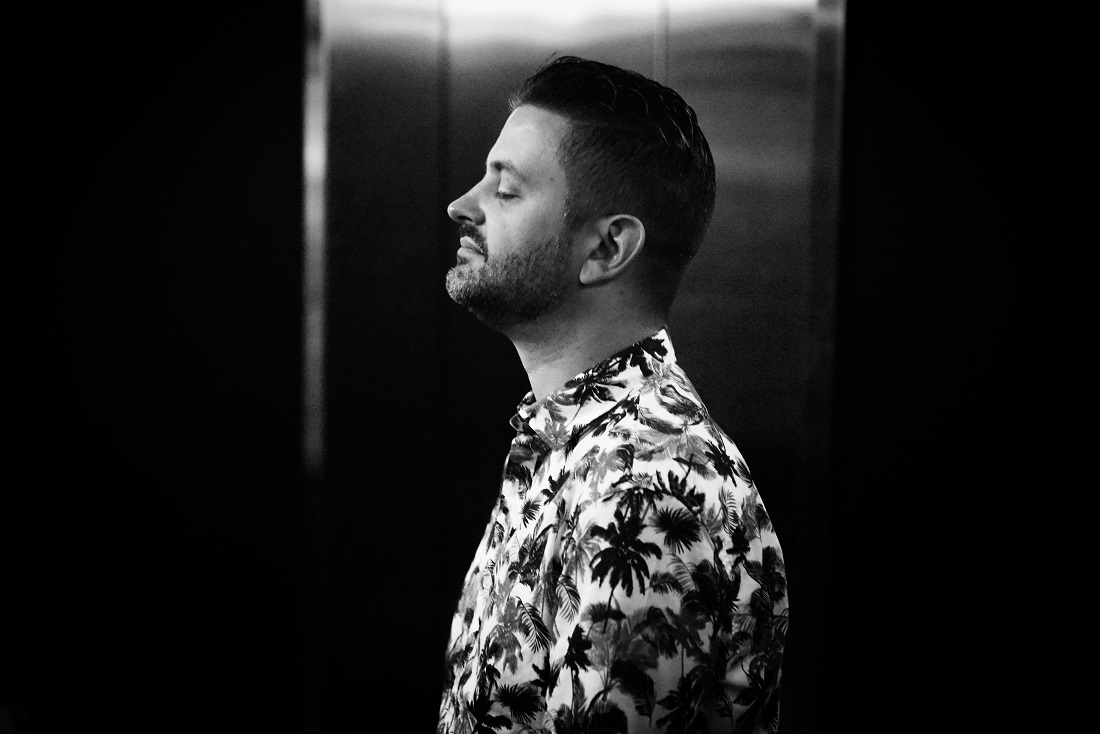 For those of you that follow Sébastien on Twitter, you will know he is a man that likes to air his opinions and I must admit, I find it quite refreshing in this “we are offended by everything” world we live in at present. I asked Sébastien if you could change one thing in the scene right now what would it be, what drives him crazy? “I would change everything. But it’s not possible, you have to deal with all the fakes. Fake smiles, fake friends, fake followers, fake DJ’s, fake producers, the list is long. Is telling the truth online a good thing? I guess it’s tricky but sometimes it is necessary to say the things how they are, instead of ignoring it. I could, but I can’t. What drives me crazy? How fake this industry is. Fakers and liars everywhere”. Certainly, an opinion I (and many others) would not disagree with in any means!

Whilst on the subject of honest opinions, Sébastien recently made a comment about the overkill genre of “melodic techno”. I asked Sébastien about his comment, and what it is that he finds so soulless? “It’s soulless because it’s just a bunch of producers who copied someone who copied another one that actually created something at first. Hey, some people do like it banging for the sake of banging, they don’t care much as long as it works. I see so many DJs who, last year played what was trendy, now playing this “melodic techno” because it’s what’s popular, and will play what’s trendy next year too when they are bored of it. Which might happen soon. As it’s a constant circle. I’m just not feeling the techno/melodic techno movement these days, back in the days, it might have been banging, but there was plenty of groove and soul in it. Now it’s just music made by white people for white people. There is no what so ever vibe in there, just take some drug and there you go (btw, I do not take any drugs, near did and I don’t drink either)

Before I left Sébastien to enjoy his day I had to ask if we can expect to see any live sets once we can all get back on with our lives and all he would give me is, “yes, and I will keep it secret for now”, which does sound promising so roll on late 2020 or 2021 maybe!

I would like to thank Sébastien for a great chat and providing some superb answers to my questions. Everyone at Decoded wishes you safe and well during this very bizarre time and all the best for 2020 and the future.