The greatest show on snow: Snowbombing announce the first acts set to perform at their 2020 event, taking place at the stunning alpine resort of Mayrhofen, Austria from 13th – 18th April 2020.

Legendary rocker Liam Gallagher is set to head the bill for Snowbombing’s 21st edition. Still riding the wave of his hugely successful second solo album ‘Why Me? Why Not?’, the former Oasis frontman returns to Mayrhofen amid critical fanfare, for what is set to be a roadblock show at the Enchanted Forest Stage,surrounded by dramatic mountain views and a killer sound system.

British legends The Streets also take headline billing. Mike Skinner’s urban crossover collective have had an unprecedented impact on the UK music scene for almost two decades and continue to blur the lines between garage, hip hop, rap, and beyond. Catch The Streets at the infamous Snowbombing Street Party – a firm favourite for locals, festival goers and fancy dress aficionados alike.

Also announced – indie sensation Foals. No strangers to the Austrian resort’s premiere music festival, Foals return to Snowbombing’s Forest Stage after a 12 year hiatus, ready to cause a stir on the slopes following their 2008 performance, which instantly became the stuff of legend.

From the tower blocks of West London to the manicured pistes of the Austrian Alps, Kurupt FM are spreading the UK Garage sound far and wide. Having cemented their title as the most exciting urban act to come out of London in recent years. Grindah, Beats Chubuddy G, and the Kurupt crew have taken the international festival circuit by storm with their unique blend of big beats and even bigger laughs.

Drum ‘n’ Bass legends Chase & Status also join this year’s electronic offering; the seminal UK bass act are sure to set pulses racing and have feet stomping late into the night along with Bass heavy live act Rudimental. Both acts are making their way to Mayrhofen’s famous underground warehouse venue – Racket Club for high energy shows sure to put the venue’s high class production through its paces and be among the week’s highlights.

After the runaway success of his Channel 4 talk show, London rapper Big Narstie makes a return to Mayrhofen on a promise to further showcase his unparalleled vocal stylings over an eclectic blend of bass heavy beats – providing partygoers with a show like no other.

Rounding off the headliners, Elder Island are on hand to provide their signature indie infused electronica to the baying après ski crew. Providing the perfect sonic accompaniment to the dramatic backdrop of snow capped alpine vistas, Elder Island’s repertoire of soulful classics are a sure fire way to set the perfect mountaintop vibe.

Dynamic house duo Gorgon City also join the bill alongside breakthrough bass act Holy Goof and genre blurring selector Mall Grab. Elsewhere, Maribou State are ready to showcase their unique take on high production electronica while Wilkinson and Sub Focus add to an already jam packed D’n’B offering and My Nu Leng continue the bass heavy booking policy – leaving no doubt that Snowbombing 2020 will once again set the slopes alight with a line up showcasing the full spectrum of live and electronic acts.

Last, but by no means least – wonder kid Sherelle rounds off an all star bill having sent shockwaves across the UK underground with her cross genre sound, mixing the best of jungle, house, garage and beyond. 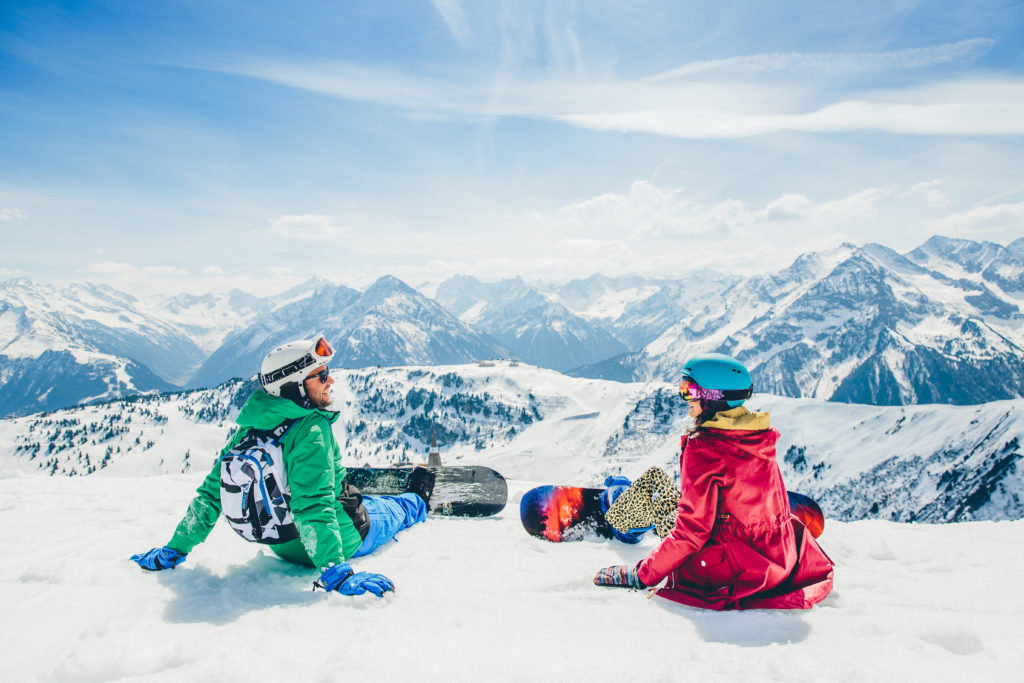 NEW FOR 2020- Mountaintop Brunch with stunning 360 views over the Austrian Alps and a full bill of stand up acts featuring the comedy stylings of Tez Illyaz, Terry Alderton, Markus Birdman, Barry Castagnola and Abigoliah Schamaun

Find all this and more nestled high in the Austrian Alps among 650km of pristine piste. Accommodation comes in a variety of options from intimate apartments to luxury spa hotels. Book early to secure the best accommodation options for Snowbombing 2020. 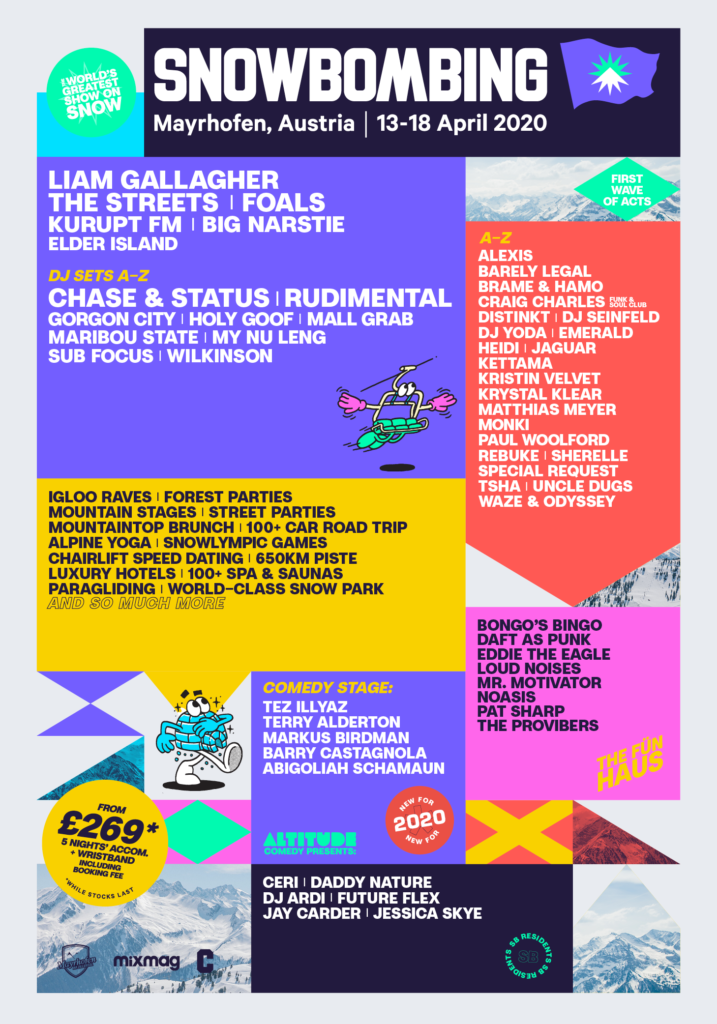