Soundwave returns to Croatia for its 8th year this summer!

Soundwave takes place in the beautiful and enchanting Garden Resort, a mesmerising piece of paradise hidden along the Dalmatian coastline, returning for its 8th season in August. Sound-tracked by the some of the world’s finest exponents of broken beat, reggae, afro to acid jazz, hip-hop, soul, funk, drum and bass, vocalists, rappers and more, the festival is a harmonious and beatific odyssey which seamlessly merges a sublime holiday and musical escape like no other.

Soundwave is revered for its eclectic range of bookings and its laid back attitude, which come together in an enchanting adventure by the sea, exploring a range of music seldom heard in the Adriatic region. It’s a journey which explores a different path to many of the region’s other festivals, a little more edifying and spiritually enriching, set under the sizzling Croatian sun and star-lit skies.

The headliners for Soundwave have now been revealed. While a member of the New York City duo Organized Konfusion, Pharoahe Monch developed a reputation as one of underground hip-hop’s preeminent lyricists, crafting intricate and intelligent raps with partner Prince Poetry. He is also an incisive political and social commentator, using hip-hop as a platform for political engagement. Calibre is responsible for some of the most beautiful and sublime tracks in drum and bass. Releasing on only the most distinguished labels, including his own Signature Recordings, Calibre’s distinctive sound has progressed taking on elements of jazz, funk, dub and techno whilst losing none of its esteemed soul.

Many more great artists join the festival. Digital Mystikz’s Mala returns with a heavy dose of bass-shaking dubstep, whilst one of 6 Music’s lead presenters Craig Charles, a funk and soul DJ and prime instigator of good times, makes a very welcome return. Fatima & The Eglo Band perform live; soul star Fatima has worked with everyone from Floatings Points, Shafiq Husayn (Sa-Ra) and Dam Funk, and the band are drawn from performers from the famed Eglo label. Still on the live side, Gentleman’s Dub Club will deliver their energetic and exhilarating live show, emerging from the UK reggae and bass music scene as its prime exponents. Channel One Sound System have been at the Notting Hill Carnival for over 30 years and are the UK’s most prominent and respected reggae crew; the Red Bull Culture Clash winners are set to bring ground-shaking bass to Tisno.

Back to genre-skipping delights, the Riot Jazz Brass Band bring peace-lovin’ aggro jazz, hip-hop samples, funked-up favourites and re-interpreted dubstep too, dropping drum and bass and dancefloor bangers that always have everyone dancing. Romare sublime cut ’n’ paste style blends Afrocentric beats and global inspirations, encapsulated in his brilliant Projections album; this also translates into bouncing party sets of the highest order. And the incredible voice of Harleighblu is set to enchant, the young singer and songwriter one of the UK’s brightest new names. Clap! Clap! is the project by the Italian producer C. Crisci. His focus is around sampling African tribes, bands and singers, creating tribal rhythms through drum machines and synths. And BAFTA and MOBO award winning artist Akala is a rapper with heart, soul and steel, a historian who brings a touch of lyrical grace and edge to Soundwave.

The Garden Resort is a true slice of paradise nestled on the Dalmatian coastline. Blessed with crystal clear azure Adriatic waters, sizzling sunshine and star-lit night skies, the idyllic and intimate setting welcomes a global crowd of music lovers and adventure seekers to Tisno.

The site has the incredible water-side beach bar, where you are so close to the sea you are almost dancing in it, and cosy curl of beach which looks out over the bay. The site’s main stage is a little way behind, perfect for headline acts, and nearby nestled under the canopy of trees is the Olive Grove stage. It’s a beautiful location, everything built around nature, growing like the environment around it, rich with intimacy and a sense of wonder. And a short drive away is the incredible Barbarella’s club, a fully open air space, powered by Funkion One, redolent of Ibiza’s formative early days. As dawn breaks and the sun slowly comes up, there is no place else like it.

Snowbombing is back for 2016 with a Mad Max theme 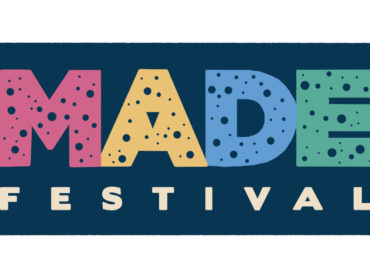