Over the past five years SXM Festival has set its sights on crafting the perfect electronic music destination experience on the iconic shores of Saint Martin/Sint Maarten. Fostered from the cultural core and physical wonder of its Caribbean home, SXM Festival has triumphed as a journey of world-class music and pristine natural beauty. Today the event has revealed a phase one lineup of globally renowned selectors for its March 11-15, 2020 edition.

It is with the constantly evolving taste of the international dance music community in mind that SXM Festival crafts its scene-leading musical offerings. The result is a mixing pot of industry titans and emerging acts sourced from all corners of the world with the united purpose of pushing the sounds of the underground to their absolute limit.

The heights of the European underground will be on full display at SXM Festival, represented by the likes of the inimitable Ricardo Villalobos, Music On! boss Marco Carola, Panorama Bar resident Cassy and the eclectic sounds of Sonja Moonear. New SXM favorite Enzo Siragusa will make his return to the festival while fashion-forward tech house master Loco Dice is welcomed for his first session on the island.

In line with SXM Festival’s wide reaching curation, the deeper side of the Burning Man influenced house and techno scene will find its place once again on the beaches of Saint Martin/Sint Maarten. Bedouin will bring their mystic sonics to the event following a massive season for their Saga party in Ibiza. Blond:ish will return to the event following a Happy Bay triumph in 2019. Phase one also includes Israeli export and SXM favorite Chaim alongside YokoO, Luca Bachetti, Holmar, Sabo, Jan Blomqvist, Parallells, Sainte Vie and more.

The means by which these performances are spread across five days of peaks and valleys remains the true magic of the SXM Festival experience. Each set is thought of as part of an emotional odyssey taking travelers on a rhythmic journey through the natural beauty of Saint Martin/Sint Maarten. Attendees may find themselves dancing on the idyllic shores of Happy Bay at sunset, partying at a premiere nightclub until dawn, then being swept away for a Boat Party at or a popup sunrise soirée looking over the Caribbean. The ebb and flow of the event is what retains its uniqueness, with each bespoke performance just a quick trip away from luxury villas and world-class hotels in which to rest for the day ahead. Each aspect of the programming aims to build towards its infamous emotional crescendos like the exclusive clifftop Villa Party and peak time at Happy Bay.

In SXM Festival founder Julian Prince’s own words, “From the debut of the SXM Festival concept we have been on a quest to find the perfect rhythm by which our attendees can experience the world’s best electronic music amongst all that Saint Martin/Sint Maarten has to offer. We believe that after four years we have found the ideal formula which carries dance music fans on an epic journey from sunrise to sunset while treating them to all the wonder that the island has to offer. While we have built our name on blissful dancefloor moments and the sense of escapism that comes with our musical programming, it remains the feeling of belonging to a global community that enables the well-being of its host destination which makes this a truly one of a kind event.”

Since the devastating impact on the island by a series of 2017 hurricanes, SXM Festival has furthered its connection with the island and its dedication to the needs of the local community. In 2018, the festival created the Two Bunch Palms and Les Amis du SXM Festival Foundations with the immediate mission to raise funds to help those affected by Hurricane IRMA and as a future vessel to give back to causes important to the development and health of the island. The 2019 festival saw fans and artists join forces with both local governments to rebuild recreation areas, cleanup the island’s renowned beaches, and raise money for the year-round betterment of Saint Martin/Sint Maarten.

With the support of tourism revenue, volunteers and foundations such as Two Bunch Palms and Les Amis du SXM Festival, Saint Martin/Sint Maarten has bounced back to continue its legacy as one of the world’s most sought after vacation destinations. Those who have visited in the past or heard tales of this cultural melting pot will be happy to see that the resilience of the local community and generosity of its supporters has helped rebuild the landmarks that once again define the island.

It is under the spotlight of the global dance music community that SXM Festival charts its course towards creating the perfect destination experience defined by the pivotal balance of music, cultural adventure, and higher connection. 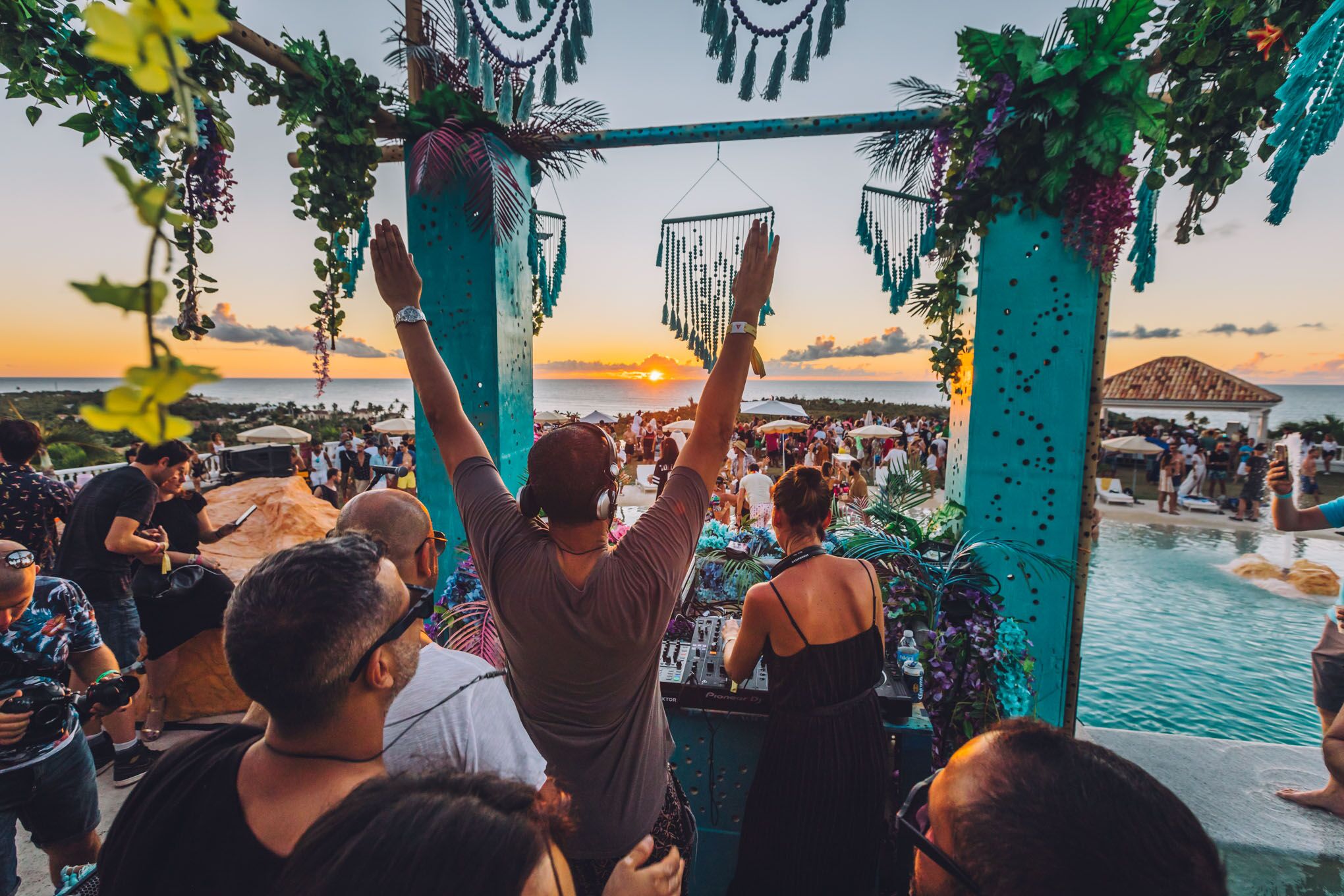 PAPER : “….the most beautiful festival in the world”
BBC Travel Special : “As other festivals around the globe begin to tire and all become too commercial, with the Caribbean as its backdrop, SXM has the advantage”
Mixmag : “does it get any better than this?”
Marie Claire : “….the perfect mix of international DJs, blissful ocean views, and intimate jungle soirées”
Highsnobiety : “…..a more intimate and curated experience”
Consequence of Sound: “…why not sign up for a music festival that promises not only to be a great party, but also to provide a trip of a lifetime. At that, SXM Festival is leading the charge.” 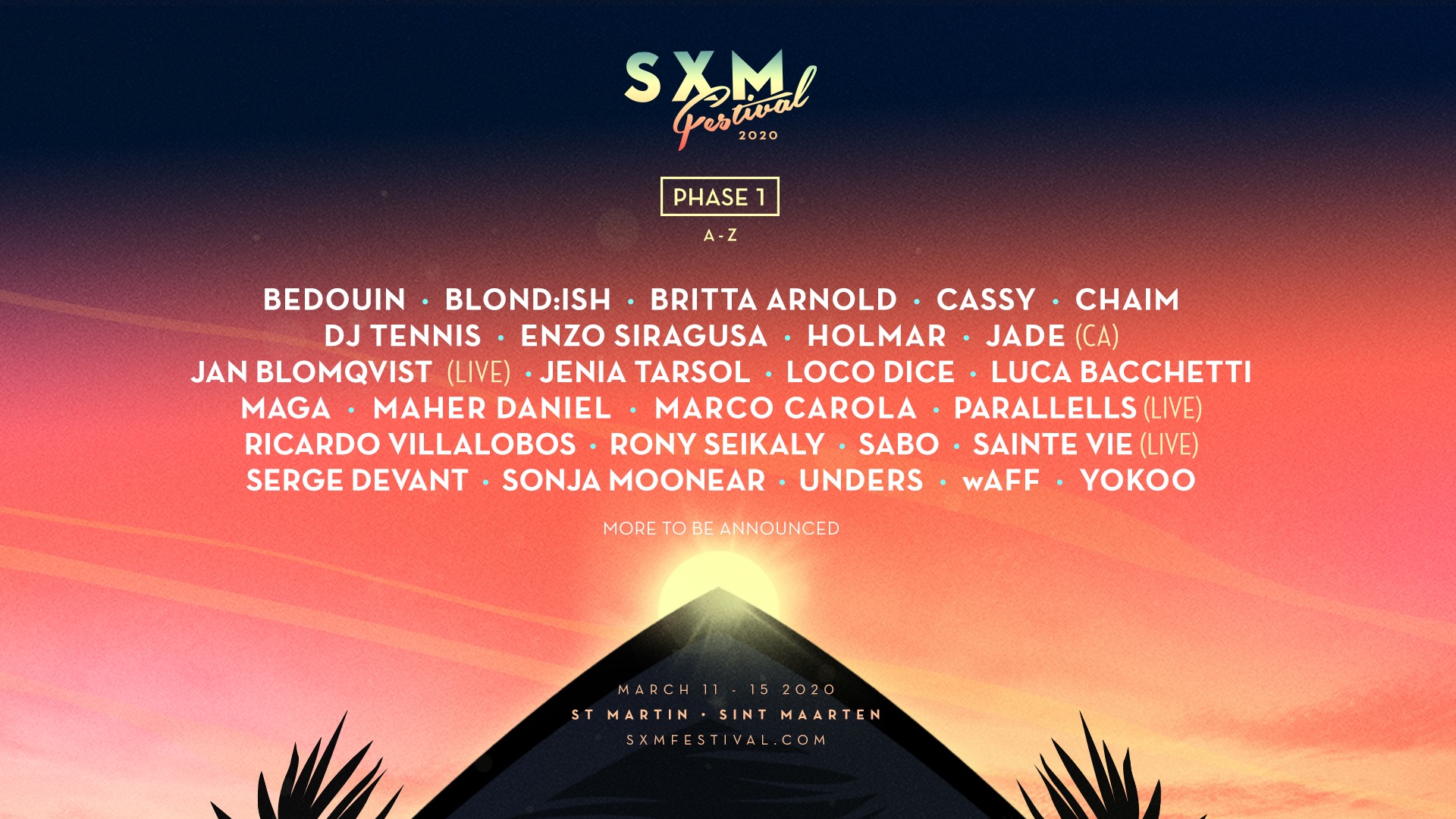