Terminal V’s unrivalled second 2019 event, The Reckoning, is to be one of the biggest Halloween music festivals in the UK and potentially one of the largest Halloween gatherings anywhere in Europe with the news that a huge new warehouse has been added to the venue. The line-ups just as massive, with techno titans and house heroes Ben Klock, FJAAK (live), Marcel Dettmann, Gerd Janson, Octave One (live), DJ Seinfeld, Red Axes, DJ Tennis, Alan Fitzpatrick, Skream, Hot Since 82, Frazier and Rebuke all forming the first wave of the lineup.

This year the landmark October party-to-end-all-parties once again takes place at the awesome Royal Highland Centre but with the spectacular addition of a huge new 10,000 capacity hangar-style space to take total capacity to a mega 20,000 people, as well as offer hundreds more lights, lasers, special visual effects and four unique new stage designs that will make the experience second to none.

The annual Halloween celebration has set a new benchmark for partying in Scotland and changed the game forever. Every Terminal V event is a special affair in many different ways: not only do they bring world class names like last year’s headliners, but also offer out-of-this-world production. The soundtrack for The Reckoning is next level, with the mighty Berghain pairing of Ben Klock and Marcel Dettman, who will for the 1st time ever in Scotland be playing at the same event, cult Berlin duo FJAAK offering their shadowy techno sounds, eclectic selector Gerd Janson and lo-fi specialist DJ Seinfeld all bringing plenty of house curveballs.

You can also expect plenty of synth and guitar sounds from Rex Axes and a hypnotic masterclass from Life And Death boss DJ Tennis. Also be prepared for Ibiza kingpin Hot Since 82, rolling techno boss Alan Fitzpatrick, the legendary Skream, Techno titans Octave One performing LIVE, plus Frazier and Rebuke all complete the first page and ensure many different sounds and styles are covered across the various stages.

This year’s event will be another ‘were you there’ moment thanks to the addition of a vast new Hanger with capacity for another 10,000 extra people. The huge high ceilings and industrial feel of the building make it a perfect place for Terminal V to convert into a sensory stimulating adult playground.

“We’ve increased the festival site each time since we launched in 2017, but this is by far the biggest leap yet, connecting up a 3rd (and the biggest) warehouse space to our existing site, opening doors on all sorts of new stages, production and acts than ever before. To our knowledge, there is no bigger indoor event space in the UK to hold such an event, it’s set to be incredible.” – Says Terminal V’s promoter Derek

“We’ve been excited about this warehouse addition for some time. It’s great to now be at the level that we’re able to incorporate an additional 10,000 capacity space into our Terminal V events. We can’t wait to get our production team into the space. The lighting and sound designs we have planned for the new space are going to complete the new layer in Terminal V ‘s growth.” – Says Terminal V Promoter Simon

Terminal V is known for going the extra mile, for transforming spaces in ways you cannot imagine, and this year’s spooktacular will be second to none. It will be the best way to experience a spiritual techno sermon with like-minded ravers hell bent on having the time of their lives. 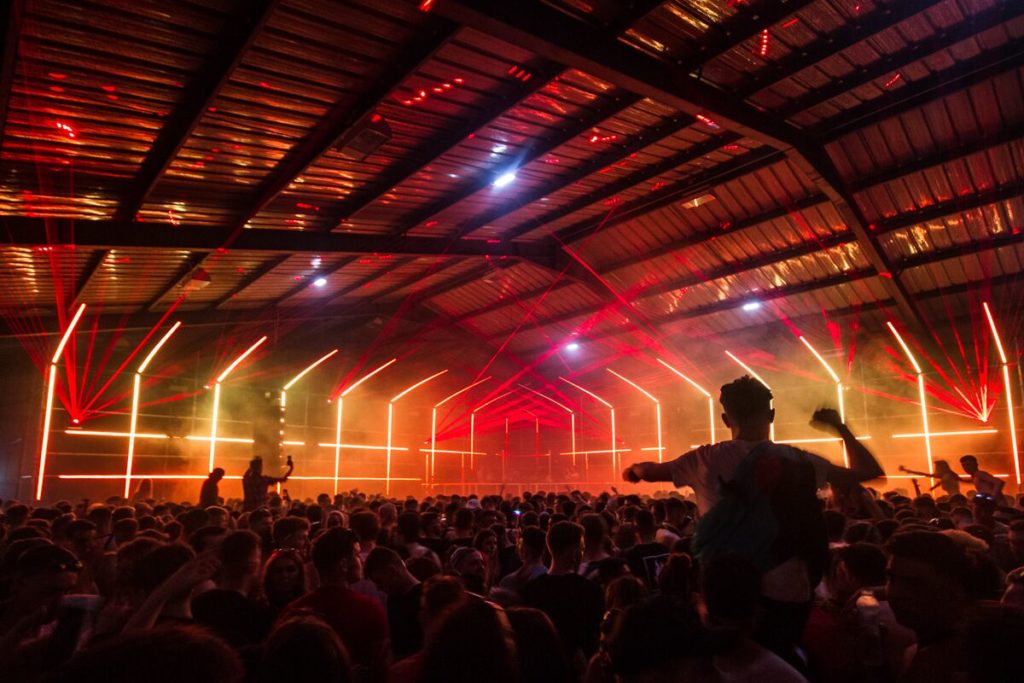