FABRICLIVE heads on a breaks tip, as Stanton Warriors and Punks Music take over. The influential Bristol duo have long dominated the UK’s broken bass and breakbeat scene, and for their upcoming showcase, they celebrate the release of their ‘Rise’ LP. As early FABRICLIVE residents, the Warriors also have a lengthy history with us, and will be joined by a cast of our formative favourites. In Room One, we welcome one half of seminal acid house duo Orbital, Phil Hartnoll. The voice behind Bristol trip hop outfit Kosheen, Sian Evans also performs live. Hybrid rep the leftfield end of breakbeat, plus FABRICLIVE old-timers Plump DJs and Scratch Perverts both make an overdue return to join the dots between house, hip-hop and broken bass music. The bill is finally rounded off by one of the Punks camp, Aurbs.

In Room Two, the pair invite a string of close affiliates to rep their Punks Music imprint. Marten Hørger brings his electro-tinged sound to Farringdon for the first time. Two artists that rooted in the history of FABRICLIVE, FreQ Nasty and Evil Nine both land in our space for the first time in a decade. Lowering The Tone founder Meat Katie also joins, plus Mafia Kiss, Rasco and Yo Speed touch down to round out a night that should cover every strand of club-driven hip-hop, breaks, house and bass. 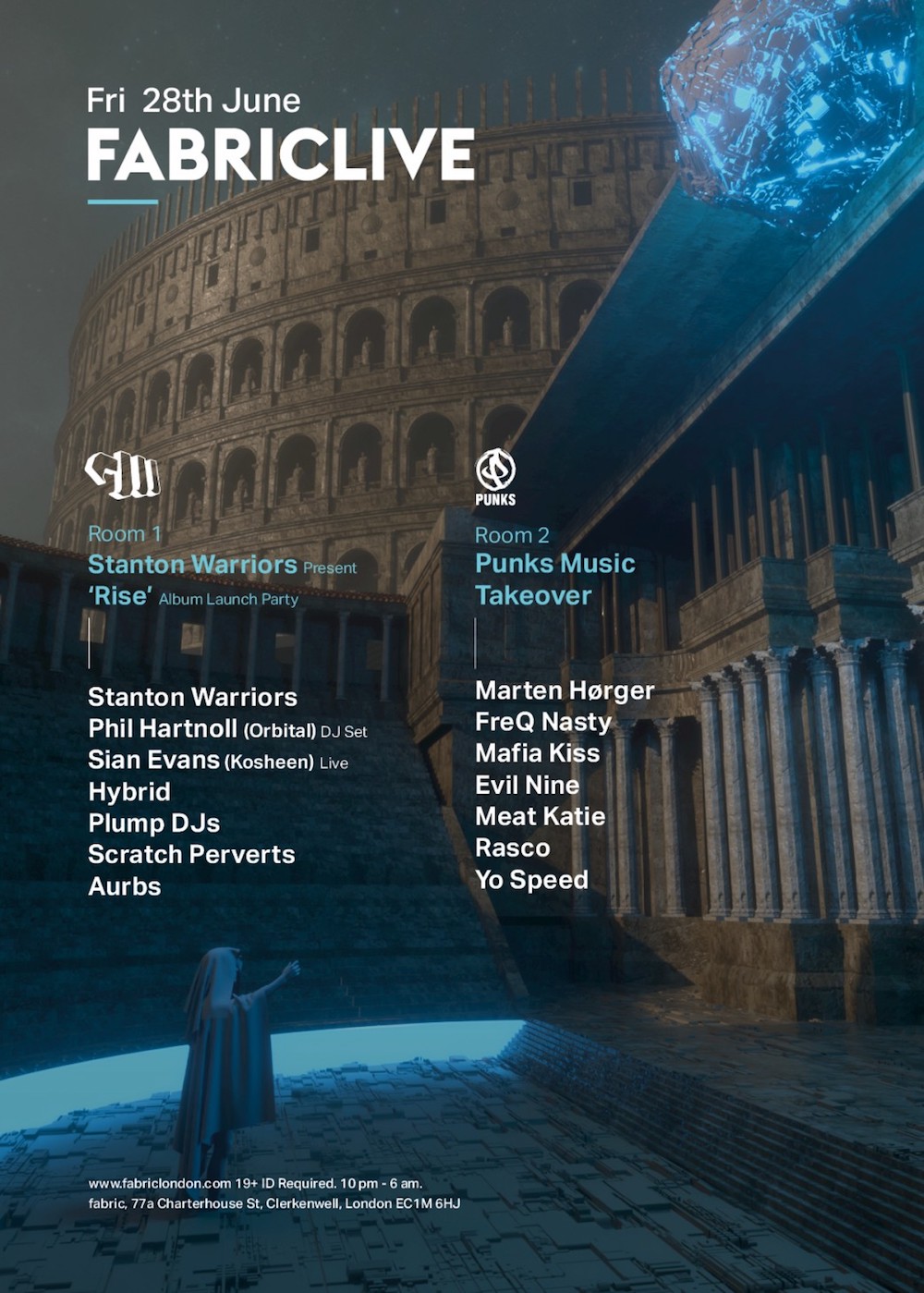 On The Kusp welcome Parisian based DJ and producer, Anetha to Liverpool for her first ever appearance