Yousef has been a driving force in the electronic music scene now for some time. He has played pretty much every festival and club out there demonstrating his love and energy for the scene. Yousef has appeared eight times on the Radio 1 Essential Mix, as well as having his own radio show, 21st Century House Music broadcasted to on more than 100 FM stations across the globe. In regards to his ability in the studio there is no denying that Yousef is one of the most consistent producers to date with appearances on labels including Desolat, BPitch Control, Cocoon, Crosstown Rebels, Moon Harbour, Knee Deep in Sound, Hot Creations Hot Trax, Harthouse, and many many more… this is all on top of running his own label, Circus Recordings which recently celebrated its 10 anniversary in 2018 and has seen releases from artists including Green Velvet, Carl Cox, Scuba, Derrick Carter, The Martinez Brothers, Laurent Garnier, and Eats Everything.

Yousef’s legendary Circus event in his native Liverpool has become a cultural reference point for dance music in the UK and beyond. Its this reputation that has seen the brand featured in events all over the globe and regular books literally every major name in house and techno. Carl Cox Sven Vath, Sasha, John Digweed, Richie Hawtin, Ben Klock, The Martinez Brothers, Robert Hood and endless more have joined Yousef over the years, and I am sure there are many more years to come…

I grabbed a few moments with Yousef to talk about all things Circus, and of course, talk about his new album that is due to be released in mid-August on his own imprint. We last spoke to August way back in 2016, and you could say things have just gotten better and better for the man. When I spoke to Yousef it sounded like (as always) he was a very busy man… I asked him what he had been up to with his day so far… “All sorts, organizing my tour diary, A&R for new music and making a release plan for Circus. We have upstreamed Jansons ‘Switch’ to a major label for a global push too. I have also been packing up my house as we are moving, we’ve also visited my son’s new school, looked after my poorly daughter and I’ve been setting up a major even in Newcastle…all of this and it’s only 3 pm”. I am not sure about you but most days by 3 pm I am still getting the sleep out of my eyes… I soon got down to the bones of the chat and asked Yousef what can we expect from his upcoming album, 9 Moor Drive… “You can expect a full story, each track has its own narrative, it’s honest, dark and colourful, and it’s the best work I’ve done yet. There is a tonne of serious club tracks on there but no token b sides, at all.” I went on to ask him about some of his favourite and stand out tracks on the album…

“The title track, 9 Moor Drive, although the only non-club cut might mean the most; it was gut-wrenching to compose it but truly cathartic. It was a final piece in the story of ‘9 Moor Drive’, so a tonne of emotion came out. Similarly, ‘I Don’t Understand’ and ‘Riches To Rags’ had a lot to say too, both based on real defining moments in my story. ‘Give It To Me’ is a favourite as it summons such a playful nature, and for me sits well alongside really accomplished classic house, which was its point. “

Moving away from the album for a moment to talk about Yousef’s label, I asked him if he ever envisaged the label being as big as it is today, and how the style has changed since its inception… “I hoped I’d figure out how to turn what was a demo and artwork, which is the reality of saying you have a record label when you first begin, into something tangible, which is where I’m heading.”

“I wanted Circus to be run like a proper label so even after so many years doing this, I always give people what I would expect and do the best for all of the artists on Circus; when I feel like I’m not delivering, it frustrates me.”

Yousef continued… “Musically I love its progression, each release is its own thing, even though it comes from a certain pallet (my own). I’m not a fan of labels where the catalogue all sounds pretty much the same, I want to look back and see a rainbow of colour as well as quality in the music on my label.” We went on to speak about some of the releases over the years so I had to ask the question, what are some of his favourite releases over the years? “Maher Daniel – ‘Malagra’, Green Velvet – ‘Bigger Than Prince’, Jansons – ‘Switch’, Nasser Baker – ‘Say Something’, Carl Cox – ‘It’s time for house music’ (Davide Squillace Remix), Kerri Chandler – ‘Rose’, and finally, Myself & Sasha – ‘Thunderbird’, this last one somehow stayed under the radar, but it’s an absolute animal.”

I asked Yousef what we can expect from his label over the coming months and he said something that I could not agree more with… “Supporting new artists and giving them a chance to deliver full album projects. For me, that’s very exciting and it’s something that’s missing from dance music right now.” Unfortunately, I feel he is very right in the support aspect, as some labels these days just appear to pump out the same old artist and tracks that fit “their sound”, something Yousef, and Circus Recordings have never really done.

Yousef has clearly been very busy over the past few months finishing off his album so I asked him what some of his favourite go-to tools are in his studio… “I use Cubase 9.5, SoundTools, Output plugins, a Roland GAIA, Moog Little Phatty, various analogue keyboards, and waves for mixing. Nothing too over the top but I do have a decent enough set up.” Whilst back on the album subject went on to ask Yousef if he struggled with any of the tracks on his album… “All of them to be honest. I spent about 75% of their time mixing them or having them mixed down and tweaking. The track was usually done quite quickly, especially if I had a musician session, like my work with master Tim Hutton, (he is incredible and worked remotely on some of the tracks), making them sparkle was the hardest part.” 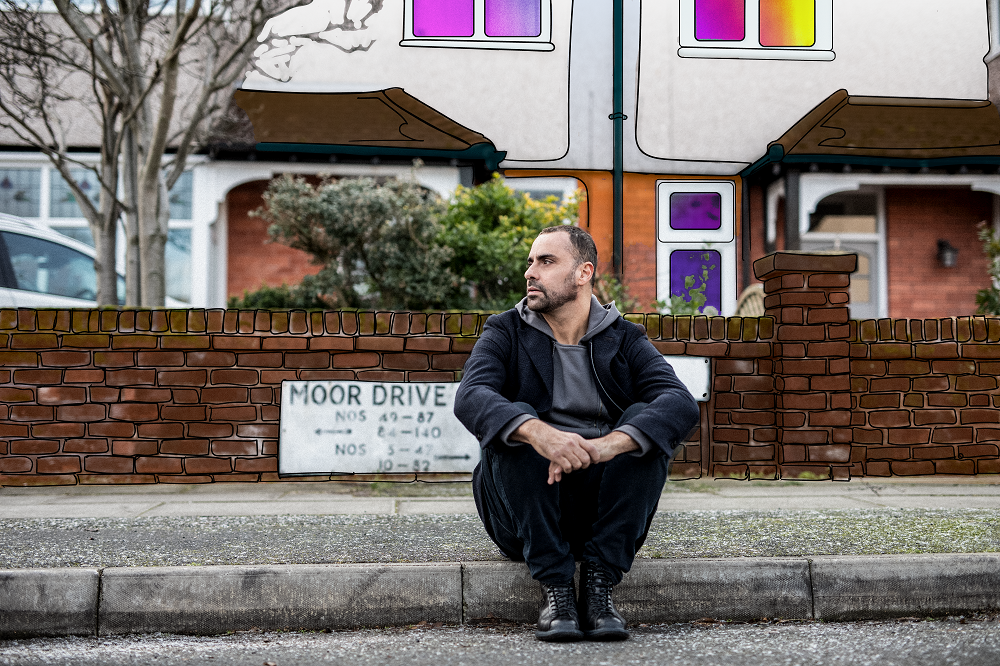 Moving away from production and studio life, to life on the road. I asked Yousef what performances he has in the pipeline, as well as any trips out the party island, Ibiza… “Loads of touring, I’m in America much more this year, which is typically not my strongest market, yet I’m going on 5 full tours this year. Ibiza, ANTS, ViVA, elrow, ABODE, and many more… Few trips to Asia, Dubai, Europe wide too… crazy but not so crazy.” Some may say not so crazy but I would say definitely enough to keep the man very busy!!!

We went on to talk a little about Ibiza, as I know Yousef has made many appearances over the years, especially at Space. Whilst on the Ibiza subject I asked him about his thoughts on the island and how Ibiza could improve in regards to prices and its environmental impact… “Ibiza is too late to change back now, it’s extremely mainstream, even the underground clubs. It’s not a diss, but it’s not the underground, wild west craziness of old, which to be fair is probably a good thing, it used to be so out of control! (I loved it! Haha!).”

Moving onto a more serious subject I spoke to Yousef about mental health in the industry, as it is very much at the forefront of people’s minds at present, as it should be. I asked him what his thoughts were about the impact of the industry on your wellbeing, and how it could be improved for those that do suffer… “I think it’s a very wise move for people to be open about suffering – talking will help. I do think the cause of the issues can be glossed over though. If a postman had to travel across three continents per week, with no sleep, was drinking too much, partying and hanging out with strangers who usually don’t give a fuck about you constantly, and all they had to do was post a letter, they would struggle with mental health no doubt. The DJ lifestyle is hardcore, these days, for most of us, particularly me, the gigs are the fun, easy part. It’s the 65 hours per week graft to run your business and make it all happen along with the above activities and travel, that makes it extreme. This is why I stopped partying years ago, I have a couple of beers per week, but that’s it.” I went on to ask Yousef what he gets up in his downtime when he actually gets some… “My only downtime is an evening bath for an hour once a day. Or sleeping for 6 hours before it all begins again.”

Moving onto Yousef’s Circus events which have been the mainstay of Liverpool nightlife now for some time now. I asked Yousef what he had planned (knowing there is a Circus birthday on the horizon, and hoping for some gossip)… “I Can’t say yet, but if you’ve seen our new shows at Bramley Moore Dock, you’ll see what I’m saying… it’s absolutely incredible. Season 17 won’t let you down.” I am gutted I couldn’t tempt any more information from Yousef but if previous events are anything to go by, this one will be huge!!!

Man Utd fans look away now… I know Yousef is a huge Liverpool fan so asked him about the recent Champions League win and his thoughts on next season… “I’m a long-time fan, but not a huge fan. I love the spirit and I love how hard work and focus can lead to success. I’ve been a fan since I was 8 years old, but I’m not die-hard, I enjoy it and LOVE Mo Salah for geographical reasons. I can’t get over emotional, or illogical about football, but it’s a good time to be red.”

It is always a pleasure talking to Yousef who is easily one of the biggest grafters in the scene. I thanked him for his time, and he thanked Decoded Mag for the continued support, and we set off on our separate ways… I hope you enjoyed the interview and keep your eyes peeled for Yousef’s album in August… It is a gem, trust me!

‘Genesis’ is out now via Circus Recordings – Buy here